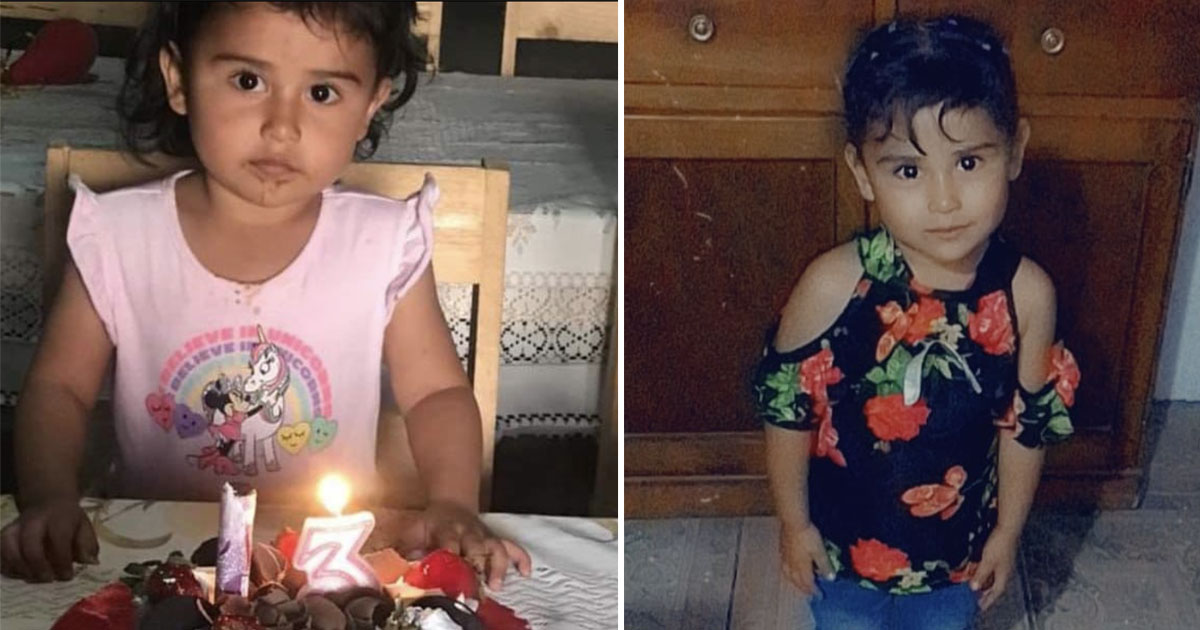 You often hear stories about people coming back from the dead but dismiss them as folktales. But a story that transpired for the family of a three-year-old girl, combined all their nightmares into one.

On August 17, three-year-old Camila Roxana Martinez Mendoza was experiencing pain in her stomach, vomiting, and fever. This worried her mother Mary Jane Mendoza who decided to seek medical attention for her little girl.

She took her daughter to a pediatrician in her hometown of Villa de Ramos. The local doctor thought the case was advanced and needed more expert medical attention and help, thus prompting the mother to take her daughter to the central state of Mexico; San Luis Potosí.

There she went to Salinas de Hidalgo Basic Community Hospital. Doctors at the hospital placed a cold towel on her lower body to lower her temperature while also placing an oximeter on her to keep check on her oxygen levels.

Doctors released the little girl and wrote her a prescription for paracetamol. But her condition only worsened over the next few hours which prompted her family to seek a second opinion. The next doctor advised a diet of fruits and also prescribed another medication.

When even that did not help, they consulted another doctor who advised that the little girl needed to be hospitalized right away. She was admitted to the Salinas hospital between 9 and 10 p.m where doctors and medical support staff worked to stabilize her condition.

“They wanted to give her (intravenous therapy). They took a long time to put oxygen on her. They didn’t put it on her because they couldn’t find her little veins; finally, a nurse managed it,” her mother said.

After ten minutes, they removed the IV drip and took little Camila to rest.  “She still was hugging me, they took her away and told me, ‘You have to let her rest in peace,’” her mother recalled.

Mendoza was alarmingly locked in another room, kept separate from her little girl. She finally got out but the medical staff did not let her go to the room her daughter was in.

A little while later, she was told that Camila had died due to dehydration.

The family organized a funeral viewing the next day so friends and family could mourn the tragic loss of the little girl. During the viewing, Camila noticed the glass window of the coffin fogging up.

While her family tried to convince her that she was being delusional and did not let her open the coffin, her paternal grandmother wanted to have a closer look. She looked through the window and saw Camila moving her eyes, and upon checking even discovered a pulse!

She was rushed back to Salinas hospital where doctors tried everything they could to revive her again. But they were unsuccessful and diagnosed the little girl with a cerebral edema.

“That was really where my baby was done. We are devastated because my girl was a very happy person, she got along with everyone, she didn’t single anyone out. We have many people on the ranch who support us because she was cherished,” Mendoza said.

Camila was going to start kindergarten this week. Her first death certificate stated the cause of death as just dehydration, while the second one listed it as dehydration along with cerebral edema and metabolic failure.

“What I really want is for justice to be served. I have no grudge against the doctors [who] went to extreme [measures],” her grieving mother said. “I only ask that the doctors, nurses and directors be changed so that it does not happen again,” she finished.

San Luis Potosí State Attorney General Jose Luis Ruiz is looking into the case and an autopsy of Camila is also underway. Her parents are demanding the state for justice.

Hopefully, the Mendoza family will get the justice and answers they deserve.

What a horrific tragedy to have to experience. Rest in peace, little Camila.