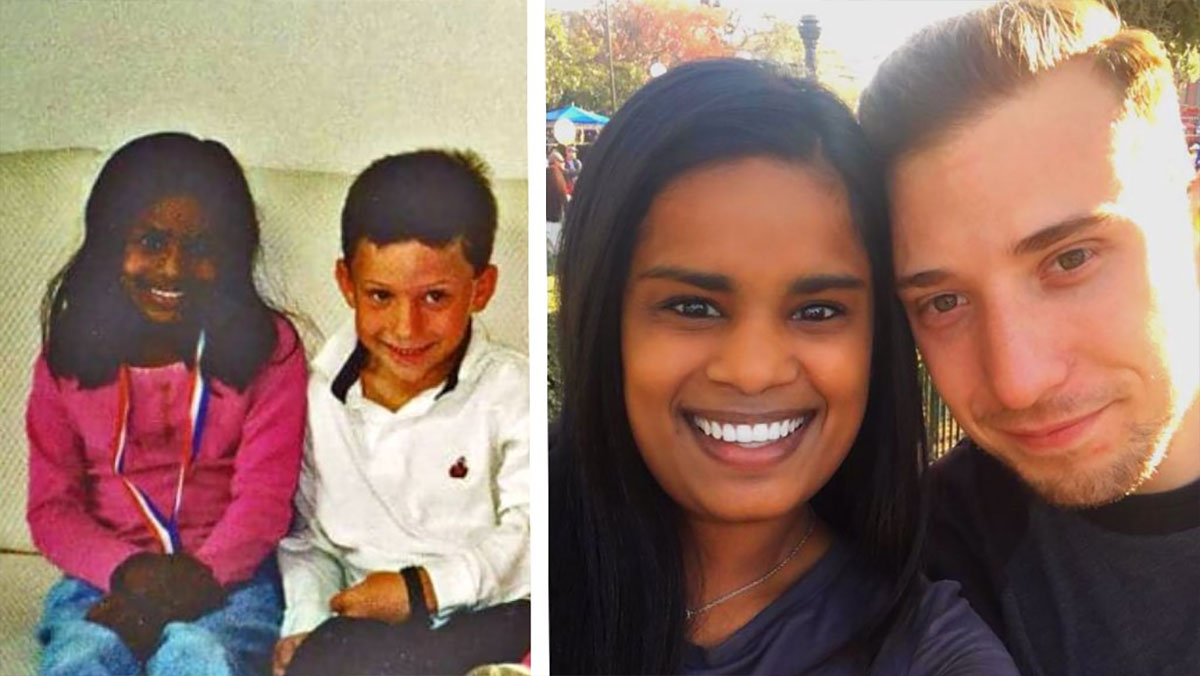 We all remember our childhood sweethearts, that first love we vowed to marry one day while we were still in single digits.

But for Matt Grodsky he wasn’t joking when at 3 years old he stood up in front of his preschool class and declared that one day he would marry his childhood sweetheart Laura Scheel.

It was love at first sight for these two when they met at their school in, Phoenix, Arizona.

The two did everything together and to anyone who saw them they were the cutest couple.

“We have very fond memories of each other. Matt reciting movie lines and scenes from “The Lion King,” Laura teaching Matt how to draw and swing. We went on playdates to each other’s houses and movies with our parents,” said the couple, as per Obsev.

The two toddlers had so much fun together they even started hanging out at the weekend. Their parents just thought it was puppy love at the time but the young couple proved everyone wrong.

“One of my very first memories is of being 3 years old and standing up in front of my preschool class, declaring that I would marry her someday,” Matt told PEOPLE.

His adorable declaration was met with laughter by his fellow pre-preschoolers to which Matt said: “Just you wait,” as per Today.

But the couple parted when they attended different elementary schools only seeing pictures of each other on the family Christmas cards each family sent to each other.

The couple were reunited through a mutual friend in high school and began dating only to be separated again at college. Laura went to Northern Arizona University, while Matt went to Columbia College Chicago, more than 1,600 miles away.

The couple decided they were going to try and make a long-distance relationship work and after a trial and error freshman year the two figured out a visiting schedule that worked for both of them.

But Matt had more serious intentions when it came to his relationship with Laura and in their senior year he arranged to meet Laura where it all began, their preschool.

After asking for her dad’s blessing and having a family member secretly positioned to capture the moment, Matt got down on one knee and popped the question.

Matt’s brother brought out a picnic basket, the same one their dad used when he proposed to his mom, full of bridal magazines and sparkling cider, then left the newly engaged couple to celebrate the wonderful occasion.

On December 30, 2016, these adorable sweethearts got married.

Grodsky’s uncle, who officiated the marriage, said: “For most kids in preschool, it’s about finding your snacks and your sleeping mats, but for them it was about finding their soulmates.”

Not many couples have pictures of themselves together when they were toddlers; these two are very cute.

Wishing these two many more decades of happiness together. Please share.