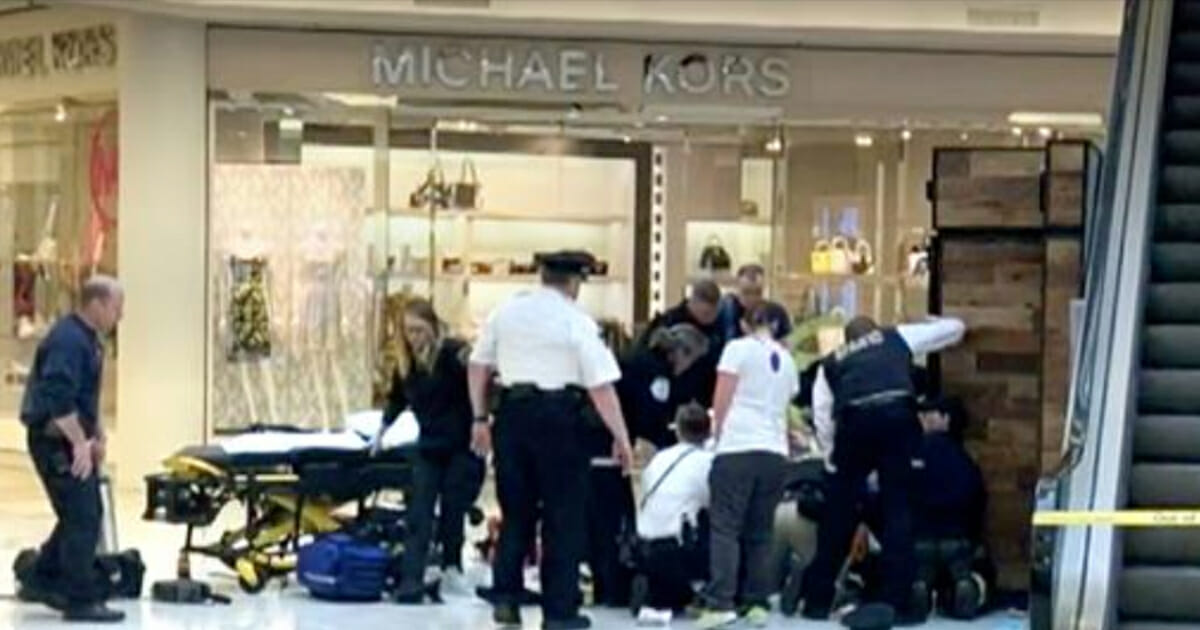 A 5-year-old boy has been left fighting for his life having been flung by a stranger off a third-floor balcony at the Mall of America in Bloomington, Minnesota.

According to reports, Landen Hoffman of Woodbury, Minnesota, was with his family at the mall when an assailant threw him from the third floor, resulting in life-threatening injuries.

It’s said his family and the police are baffled by the attack, and are now questioning what could have led the perpetrator to commit such a random and violent crime.

PRAYERS FOR THIS LITTLE ANGEL! This is 5 year old Landen Hoffmann, the little boy who was thrown from the 3rd floor of the Mall of America. https://t.co/d75lCtA7tf

The family of Landen Hoffman could never have anticipated what would happen to their 5-year-old on the day they went to enjoy a trip to the mall. As per PEOPLE, police say that Landen was pushed or thrown off a third-floor balcony by a 24-year-old man on Friday, April 12.

A witness told WCCO that she could hear a woman screaming her child had been thrown from the third-floor balcony near the southeast corner of the mall.

“She was screaming ‘Everyone pray, everyone pray. Oh my God, my baby, someone threw him over the edge’,” Brian Johnson said.

A 5-year-old is being treated for "significant injuries" after witnesses say the child was thrown from a third-floor balcony at the Mall of America. A 24-year-old man is in custody. https://t.co/b3mj5TddEa pic.twitter.com/gK3uvZg07j

Police have identified a suspect as 24-year-old Emmanuel Deshawn Aranda, though also stated they don’t believe at this time that he’s related to the victim or known by the family.

Aranda, who attempted to flee the mall after the incident, was chased down and apprehended near the light rail station. He’s currently being held on suspected attempted homicide.

A family friend of the Hoffmans has set up a GoFundMe page for the family to help cover the escalating costs of Landen’s treatment.

The campaign page reads: “This is Landen, he is the sweetest kindest 5 year old you will ever meet. His soul is soft and gentle and instantly brings a smile to everybody he meets. He is full of energy and life and enjoys soccer, playing with friends and family and playing hockey with his brother and sister. He was enjoying a day at the Mall of America with his mom and friend on Friday morning when a stranger maliciously grabbed him and threw him over the 3rd-floor balcony for no apparent reason.”

Bloomington Police Chief Jeff Potts updating us on a child that was pushed or thrown over a third-floor railing at the Mall of America. 24-year-old man in custody but they don’t know the relationship to the child, who was taken to a hospital with critical injuries. pic.twitter.com/ecZreRDnoI

It should go without saying that the Hoffmans need everyone to pray for their little boy at this time. The latest updates indicate that Landen is fighting bravely, and we’ll be sure to keep him in our thoughts!

Please share this article to raise awareness and help the fundraising effort for little Landen!