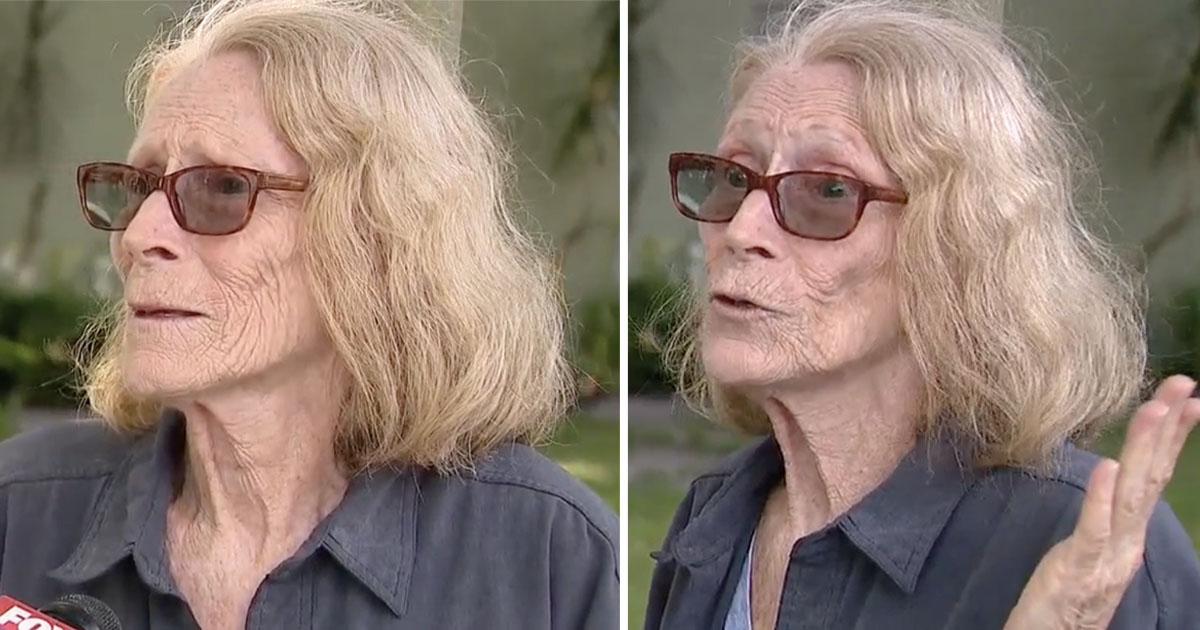 It requires a lot of quick thinking on your feet when you are faced with a home intruder and sometimes you need to make split-second decisions to save your life.

70-year-old Virginia Morrison was having an ordinary Sunday afternoon in her home in Orlando, Florida when an intruder made his way inside it.

In an interview with the media, Morrison recalled the interaction she had with the alleged burglar, where he said nothing to her and continued to move toward her.

“He stepped in, and I turned around, and I said ‘who the hell are you? What do you want?’ Nothing. This guy never said a word the whole time he was here,” Virginia Morrison said.

Morrison said she initially picked up her broom to hit the intruder but he merely swatted away her attempts. Her partner, who Morrison lives with, brought his gun and fired a warning shot but the man remain undeterred.

This is when Morrison decided to go and get her own firearm. She said with her own gun, she fired off another warning shot to make sure the intruder stopped in his tracks or ran off. But he kept coming towards her.

She was in disbelief that she had actually shot him. She recounts the incident, “I didn’t realize I hit him but once I looked, he had a hole in his t-shirt and I thought I got him.”

Deputies with the Orange County Sheriff’s Office were called to her residence with the instructions that a ‘burglary was in progress’ but when they got to the scene they discovered the alleged burglar shot.

Deputies transported the alleged robber, named Ezequiel Rosario-Torres to the hospital where passed away shortly after.

Recalling the horrific incident to the police, Morrison said, “I didn’t know what he was going to do, but I knew I was going to protect myself. I’m a fighter. I’m going to defend myself.”

But Morrison also said that the shooting had been weighing on her since Sunday. She said to the press, “I have God in my life. That’s my main thing, wondering if God’s going to forgive me for taking a life. It bothers me.”

The case is currently with the  State Attorney’s Office, who will be the one to determine whether or not charges will be filed for the incident or not.

An attempted robbery of your home sounds like a scary situation. We hope justice is delivered in this case!