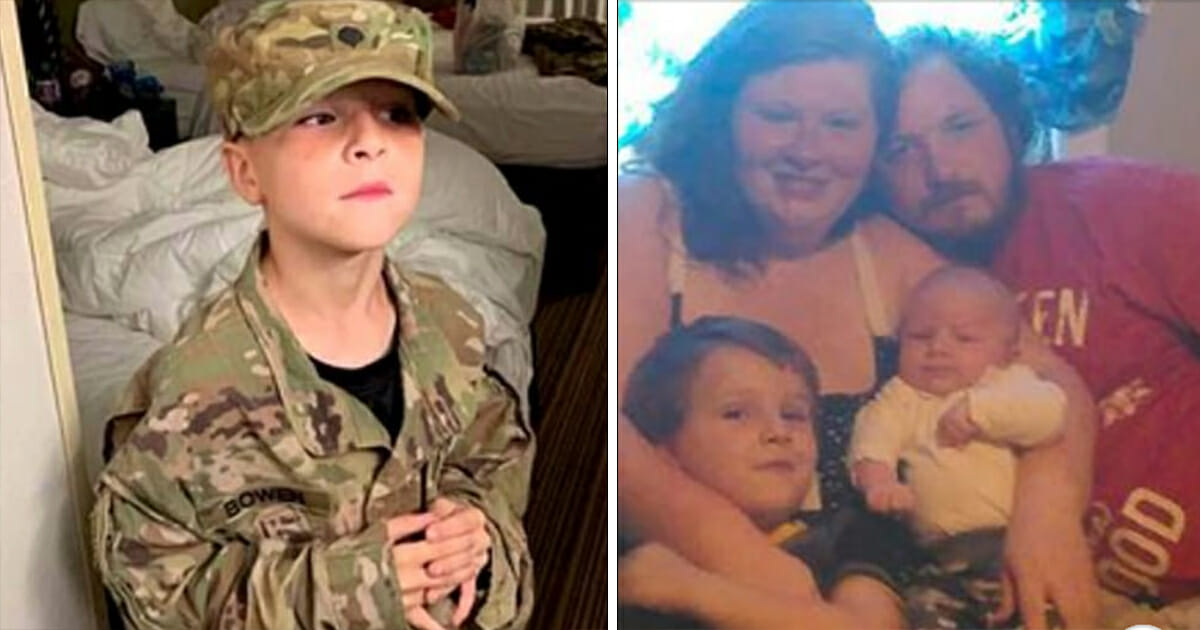 A nine-year-old boy has been charged with five counts of first-degree murder and several counts of arson following the deaths of five family members.

According to reports, prosecutors at a hearing at Woodford County Circuit Court said Kyle Alwood, of Illinois, had intentionally set fire to his family’s mobile home, causing the deaths of five members of his immediate family.

Alwood was reportedly escorted from the courtroom in tears by his parental grandfather.

Not only that, but Kyle’s stepfather, 34-year-old Jason Wall, and his 69-year-old maternal great-grandmother Kathryn Murray, also died. Prosecutors stated their belief that most of the victims were asleep when the fire was started.

Kyle’s mother, Katrina Alwood, told CBS News: “I stood at the window and I told my kids I was sorry I couldn’t save them, Mommy was right here and I loved them. You know, so, at least hopefully they heard that. I told Jason I loved him… And then something told me that they’re gone.

Katrina believes that though her son should be punished for his crimes, he should also be offered a second chance.

“Everyone is looking at him like he’s some kind of monster, but that’s not who he is,” she explained.

“People make mistakes and that’s what this is. Yes, it was a horrible tragedy, but it’s still not something to throw his life away over.”

Katrina also told how Alwood had recently been diagnosed with schizophrenia, ADHD, and bipolar disorder.

Katrina’s sister, Samantha, meanwhile, was less forgiving. Also speaking to CBS, she said: “I think he should go somewhere until he’s legal age to go to juvie.

“Then I think he should go to juvie. And then from juvie to prison. Because at the end of the day, whether he meant to or not, he knew what fire did.”

Alwood is to return to court on November 22 for a pre-trial hearing. Due to his young age, he can’t legally be held in custody between hearings.

What a terribly sad story. Rest in peace to those who lost their lives in this unspeakable tragedy.

Do you think Kyle is old enough to be held accountable for his actions and punished? Let us know in the comments box.

Meanwhile, share this story on Facebook in remembrance of the poor souls who perished in the fire.