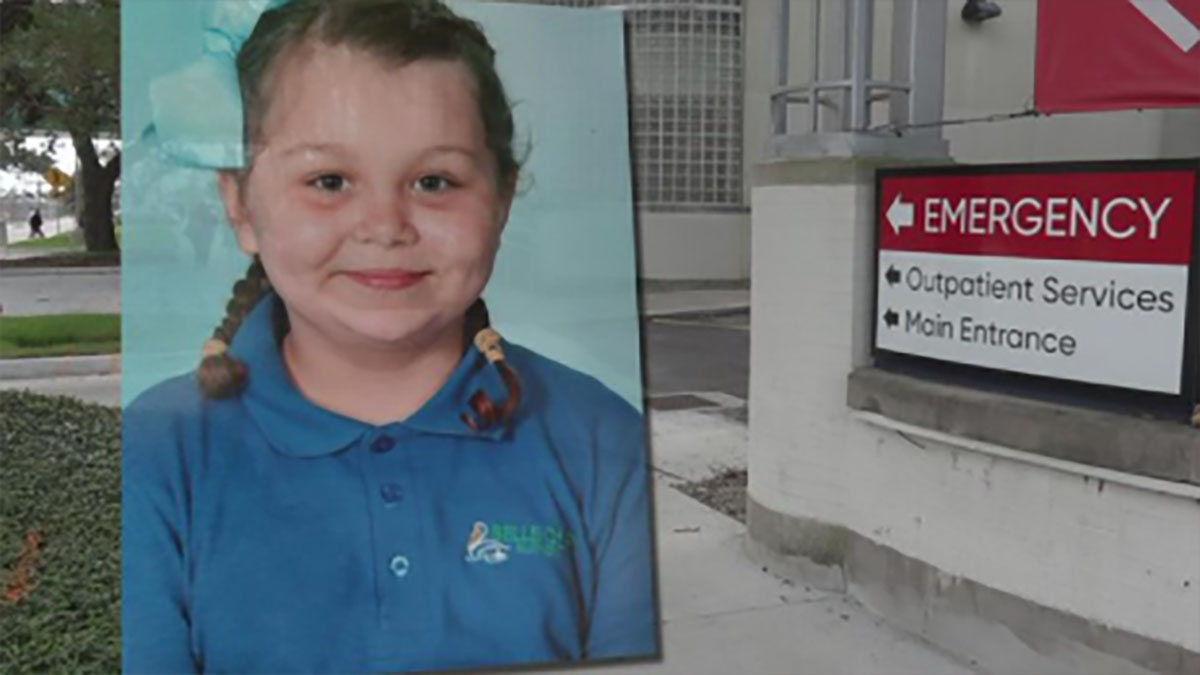 A 9-year-old girl lost half of her foot and may have to have part of her leg amputated after she was hit by a dump truck while getting off a school bus.

Isabella Castanza was hit on Highway 23 in Plaquemines Parish, Louisiana on October 6.

State police say the driver of the dump truck, 61-year-old Gregory Valentine of Donaldsonville, hit the fourth grader as he swerved onto the shoulder, trying to avoid hitting the back of the bus.

“According to investigators the school bus driver was doing what she needed to do,” Trooper Ross Brennan with Louisiana State Police said. “Signs were extended. The lights were flashing. He failed to come to a stop.”

Isabella’s mom Michelle Winterstein says her daughter is a fighter.

“Unfortunately, she was awake during the entire incident. She did not pass out. She was awake for the truck stopping on her and everything,” she said, as per WFMY News.

Her mom says Isabella has been sedated ever since and recovery will be long. At least half of her daughter’s left foot and the lower part of her right leg need to be amputated, she said.

“That’s going to happen at the end of the week, they’re just trying to give her body time to basically calm down and see what her tissue and stuff like that is going to do,” she added.

A GoFundMe which has raised more than $18,000 for the family so far, posted an update on Oct. 7 saying: “She is in stable condition. She had surgery today. Doctors are doing everything to try and save her leg. She sadly lost a foot. Any and all donations will go directly to the family. Thank you all for your support and kindness.”

Winterstein says her daughter will be in a wheelchair for a while, creating needs they never thought they’d have to deal with. Castanza’s stepdad, Jonathan Fernandez, is thankful she suffered no internal injuries.

Valentine is charged with negligent injuring, reckless operation of a vehicle, and driving with a suspended license.

My heart goes out to this little girl, I cannot imagine the pain she has had to endure and we hope she makes a speedy recovery.