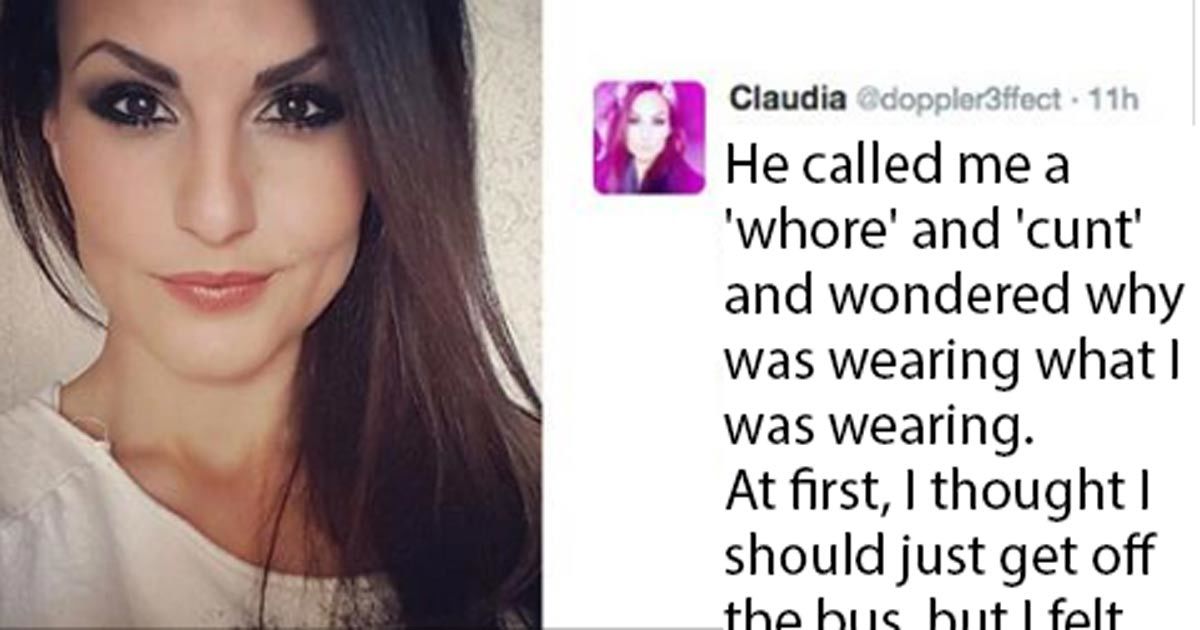 Claudia Aziz, 36, was taking the bus home one recent night in Stockholm, Sweden when six guys in their late teens abused her and attacked her completely unprovoked.

Just as Claudia was about to get off the bus, a guy yelled at her.

“He called me a ‘whore’ and ‘cunt’ and wondered why I was wearing what I was wearing. At first, I thought I should just get off the bus, but I felt like he was crossing the line calling me a ‘whore,’” said Claudia Aziz.

When Claudia asked the guy why he called her a “whore,” he replied by head-butting her, Claudia said.

Claudia told the guy that he’d messed with the wrong person and that she was making a citizen’s arrest. But the guy and his buddies only mocked Claudia even more.

A citizen’s arrest is a legal concept that gives ordinary citizens the right, in certain specific situations, to arrest people who have committed crimes.

While Claudia called the police, she was holding down the guy who head-butted her. By that point, all of the other guys ran away. But one of them stayed to try and free his friend. So Claudia made a citizen’s arrest on him, too.

Just before the police arrived, the guy who head-butted her escaped, but she held on to the other guy. Claudia says she doesn’t understand how the six guys could attack a lone woman in the middle of the night.

Now she’s doing relatively well, but her nose is swollen and bruised and she still has a headache. No one has been arrested yet, but the police have issued a warrant.

After the incident, Claudia shared her story on Twitter, and she’s received a lot of support.

“I wrote about it because I have a lot of followers who are young girls. I want to show that they’re not alone in being exposed to these things.”

Your strength is an inspiration, Claudia! We hope that the police find the culprits!

Wasn’t Claudia brave to stick up for herself and try to bring justice to these teens? Share if you agree!