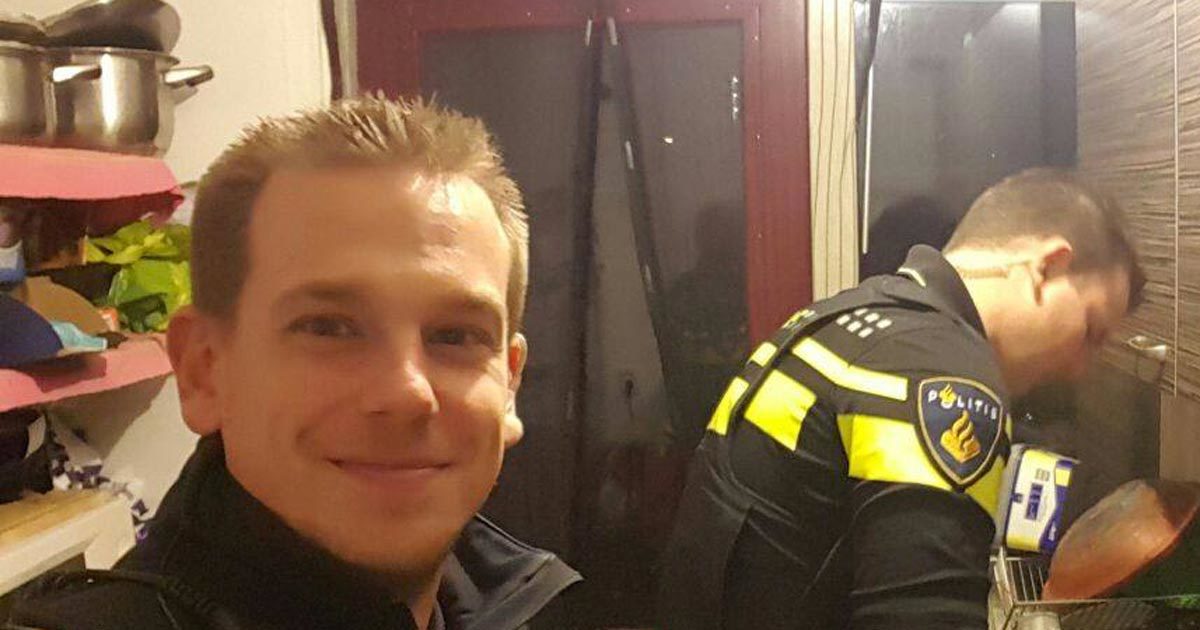 A woman was taken to hospital in Eindhoven, the Netherlands, after suffering from low blood sugar. But after the ambulance transported her to the hospital, the police didn’t leave. Instead they did something very simple, but absolutely wonderful. Their gesture is now being hailed by thousands around the world.

“After a woman was taken to the hospital with hypoglycemia (low blood sugar), two policemen stayed behind to prepare dinner for the five kids who were still in the house. Afterwards, they also did the dishes. Respect,” wrote SanderDR.

The image has been widely viewed and has received hundreds of positive comments, with people everywhere praising the policemens’ fine gesture. A user writes, for example: “This is the correct way to police. Community oriented.”