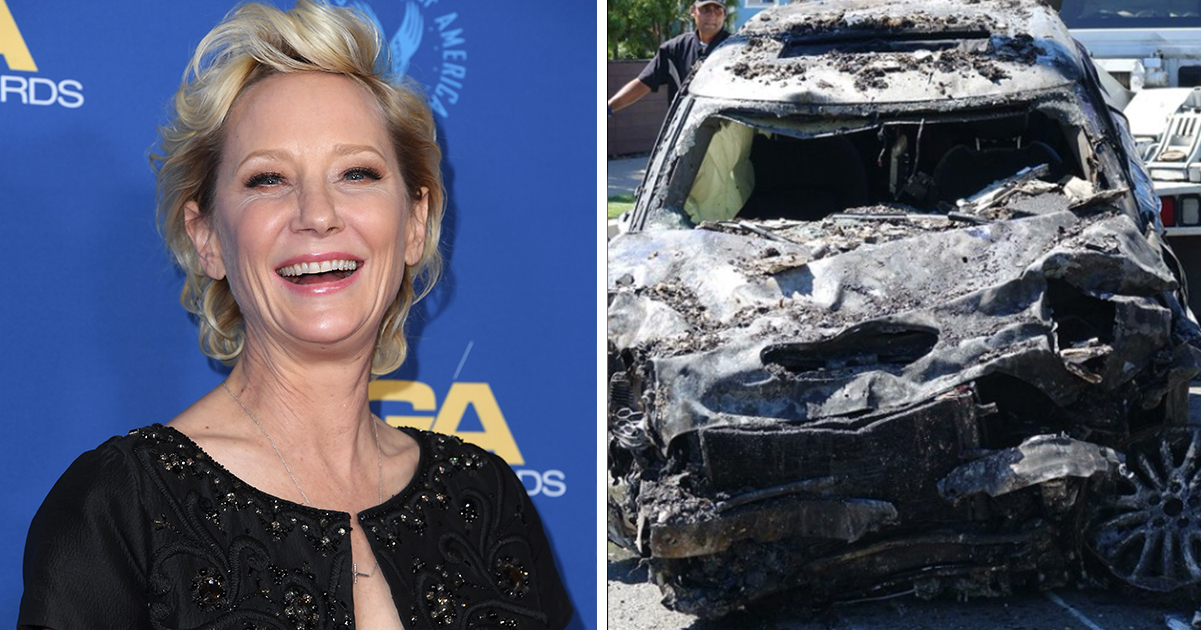 On Friday, The family of actress Anne Heche released a statement saying that she was “not expected to survive” the fiery collision that saw her vehicle crash into a home in the Mar Vista neighborhood of Los Angeles last week.

Update: On August 12, Anne Heche was declared dead per California law. A representative for her family confirmed the tragic news to TMZ, who said in a statement: “We have lost a bright light, a kind and most joyful soul, a loving mother, and a loyal friend.

“Anne will be deeply missed but she lives on through her beautiful sons, her iconic body of work, and her passionate advocacy. Her bravery for always standing in her truth, spreading her message of love and acceptance, will continue to have a lasting impact.”

At around 10:55 a.m. on Friday, Heche was pulled from her Mini Cooper and rushed to hospital with serious injuries.

In a tragic update, however, her family said via a representative that she had suffered “a severe anoxic brain injury” during the crash and was now on life support as doctors determine if her organs are viable for donation.

“We want to thank everyone for their kind wishes and prayers for Anne’s recovery and thank the dedicated staff and wonderful nurses that cared for Anne at the Grossman Burn Center at West Hills hospital,” the statement read.

“Unfortunately, due to her accident, Anne Heche suffered a severe anoxic brain injury and remains in a coma, in critical condition. She is not expected to survive.”

It continued: “Anne had a huge heart and touched everyone she met with her generous spirit. More than her extraordinary talent, she saw spreading kindness and joy as her life’s work — especially moving the needle for acceptance of who you love. She will be remembered for her courageous honesty and dearly missed for her light.”

As we reported earlier this week, the Los Angeles Fire Department had told how the crash involving Heche had resulted in a “heavy fire” that required some 59 firefighters to put out and caused major structural damage.

On Monday, a representative of the 53-year-old, Michael McConnell, revealed that she had not regained consciousness since shortly after the accident.

McConnell a told news outlets: “She has a significant pulmonary injury requiring mechanical ventilation and burns that require surgical intervention.

“She is in a coma and has not regained consciousness since shortly after the accident.”

Police revealed yesterday that they are in the process of investigating if Heche was impaired at the time of her crash.

Officer Annie Hernandez said: “Additional testing is required to rule out any substances that were administered in the hospital.”

Richard Glass, owner of a local salon where Heche had purchased a wig on Friday, shortly before the crash, told the Los Angeles Times that the actress had been in good spirits and did not appear to be intoxicated, though various other sources have speculated as to whether or not she had taken something before getting behind the wheel of her car.

A resident who lives in one of the homes neighboring the one Heche crashed into, said he was sitting at his desk on Friday when a car sped past his window.

David Manpearl told how he left his house after hearing the crash, only to find Heche’s Mini Cooper wedged in the back wall of his neighbor’s house and the owner of the home standing in the middle of her kitchen asking for help.

“She couldn’t move because the ceiling had come down, so there was all kinds of debris everywhere,” Manpearl said.

“It got to a point where there was fire everywhere. It was all around us,” he added.

Following the crash, tributes have flooded social media for Heche.

Heche is best known for her role as twins Vicky Hudson and Marley Love in soap opera “Another World”. She also appeared in films such as “Donnie Brasco”, and “Six Days Seven Nights”.