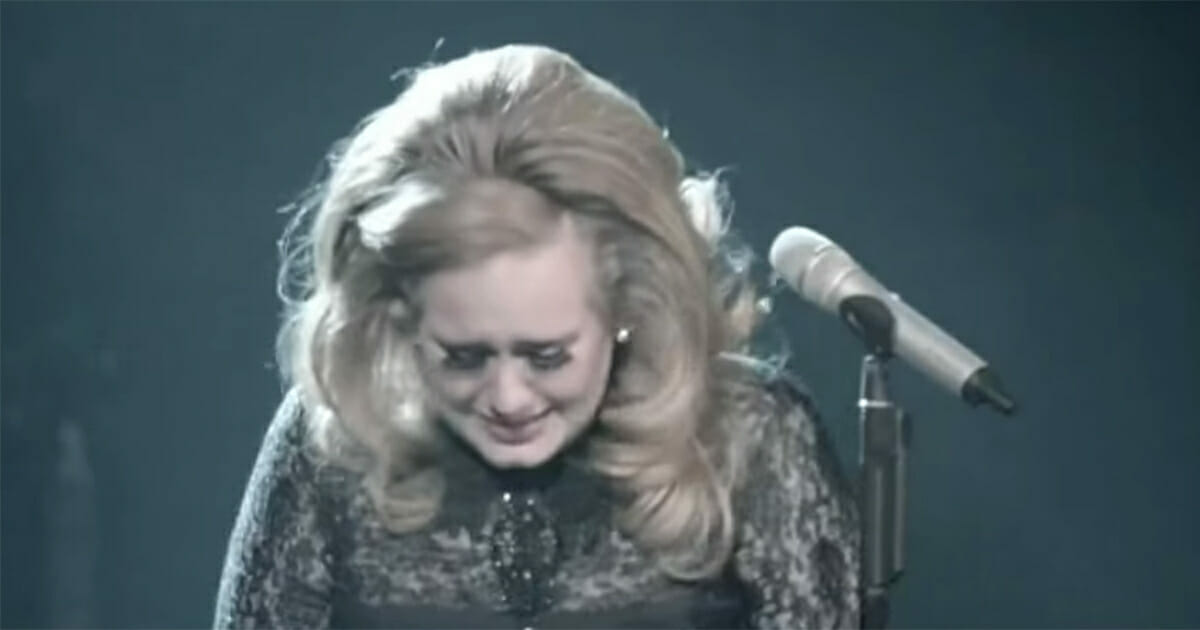 Adele burst onto the international music scene 10 years ago with her debut album 19. Two years later in 2011, she released her second studio album, 21. It was also a mega hit and won her seven Grammy Awards.

One of the standout songs on the disc is “Someone Like You,” a very personal song about a breakup. The song was celebrated by critics and it’s still one of Adele’s most popular songs.

The recorded version of the song is powerful enough, but it becomes even more moving when Adele performs it live, not just for the audience, but also for Adele herself.

One particularly emotional performance of the classic song came when Adele performed it at Royal Albert Hall in London in 2011. In the clip below, Adele gives a sublime performance that gives me goosebumps every time I watch it.

When Adele gets to the chorus, she asks the audience to help her out, something they do without skipping a beat. And from the second Adele sees how lovingly the audience treats her powerful song, her performance becomes pure magic.

There’s no doubt that this song means at least as much to Adele as it does to her audience. Take a look for yourself here:

This hit me right in the heart! Please share it with your friends!?