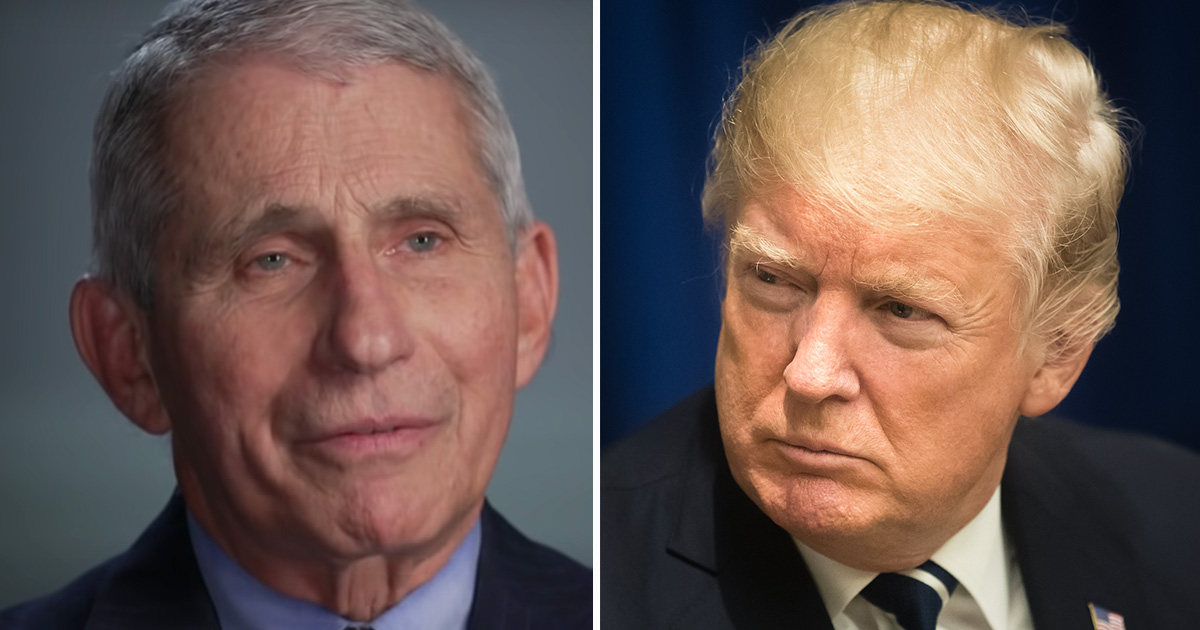 Donald Trump received heavy criticism for his handling of the coronavirus in the US. Now, Dr. Anthony Fauci opens up about his experience working with the former president, and he didn’t hold back.

Just like any other president in history, Donald Trump had to battle many serious issues during his four-year term. However, this time it was a global pandemic which has gotten the whole world to slow down.

But as the US death toll was getting higher and higher, Trump got plenty of criticism for not acting fast enough.

Like any other country, he had the brightest and most well-prepared scientists around him, one of whom was the infectious disease specialist Dr. Anthony Fauci.

Fauci became almost as well-known as the president himself when the global pandemic reached the US, appearing at all press briefings alongside Donald Trump. He served on the former president’s coronavirus task force, but soon, it became known that Fauci and Trump had very different opinions in how to handle the covid-19 pandemic, which led to their relationship worsening.

There was a big shift in their relationship in may of last year, with Donald Trump backing several states that wanted to lift the stay-at-home orders.

Speaking to The Telegraph, Fauci has now opened up on his relationship with the former president.

“My influence with Trump diminished when he decided to essentially act like there was no outbreak and focus on re-election and opening the economy,” Fauci said. “That’s when he said, ‘It’s going to go away, it’s magical, don’t worry about it.'”

He added, “My direct influence on him was negligible. It became more conflictual than productive.”

Several times, Trump lashed out and criticized Fauci publicly. In October, he called the expert a “disaster,” and weeks later during a Florida rally, Trump said he was considering firing him “a little bit after” the election.

Fauci didn’t want to name specific incidents, but he said that the many falsehoods about the coronavirus led to him not being able to do his job properly.

“When it became clear that in order to maintain my integrity and to get the right message across I had to publicly disagree with him, he did things — or allowed things to happen — that were terrible,” he said, adding that former Vice President Mike Pence tried “his very best” to address the outbreak of the coronavirus.

Dr. Anthony Fauci has worked alongside seven presidents regarding health issues. He draw parallels between Donald Trump’s handling of the coronavirus pandemic to how Ronald Reagan didn’t want to deal with the HIV/AIDS epidemic. However, Fauci adds there were “significant differences, saying Reagan “never did anything to obstruct what I was trying to do.”

“That caused unnecessary and uncomfortable conflict where I had to essentially correct what he was saying,” Fauci added, “and put me at great odds with his people.”

“He was quite fortunate”

Sources said that Donald Trump became so concerned at the time, that there was talk of putting him on a ventilator, a person close to Trump said.

Dr. Fauci, who is considered the top infectious disease expert in the US, said Donald Trump was ‘lucky’ to survive the coronavirus given his age and weight.

“He could have gotten into serious trouble. I think he was quite fortunate,” he told The Telegraph.