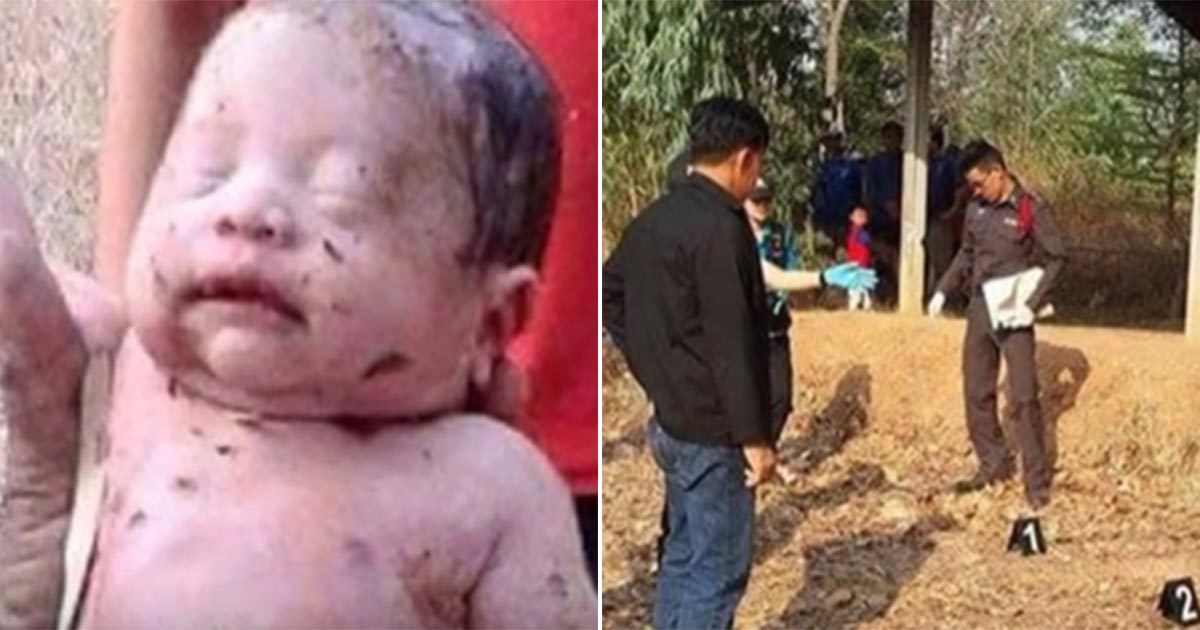 It’s hard to imagine that a mother would deliberately want to harm her child. But one Thai mother, for unknown reasons, did exactly that in one of the worst ways imaginable.

She stabbed her baby 14 times, buried him alive, and left him to die.

Luckily, a passerby heard the baby crying – and acted with lightning speed.

Baby Aidin was just seven months old when he was stabbed 14 times by his own mother.

The mother then dug a hole in the ground and buried his son – alive.

The boy was left to die. But luckily, cattle herder Kachit Krongyut was walking by and heard crying.

When Kachit saw a tiny foot sticking out of the ground, she realized that she was facing something terrible. She began to dig the earth out with her hands and to her horror soon found the little boy in the ground.

“At first, I thought someone buried their pets alive, but then I saw a foot,” Kachit Krongyut told Daily Mail. “‘I tried to control myself and called for help. The baby was buried with its face facing down.”

At the hospital, Aidin received emergency treatment for his injuries – and miraculously survived.

The soil that he’d been buried in had prevented him from bleeding to death.

The boy recovered from his injuries and was placed indefinitely in an orphanage. But little Aidin was soon adopted by a loving Swedish family.

“We are very happy that the boy will end up in a good home and have a safe life,” Supachai Pathimchart from the orphanage in Thailand told Daily Mail.

The mother has been arrested and is now being charged for attempted murder.

Aidin certainly had a horrible start to life – but he is clearly a fighter and now finally has the life and love that he deserves. Please share the story on to your Facebook friends if it moved you, too!