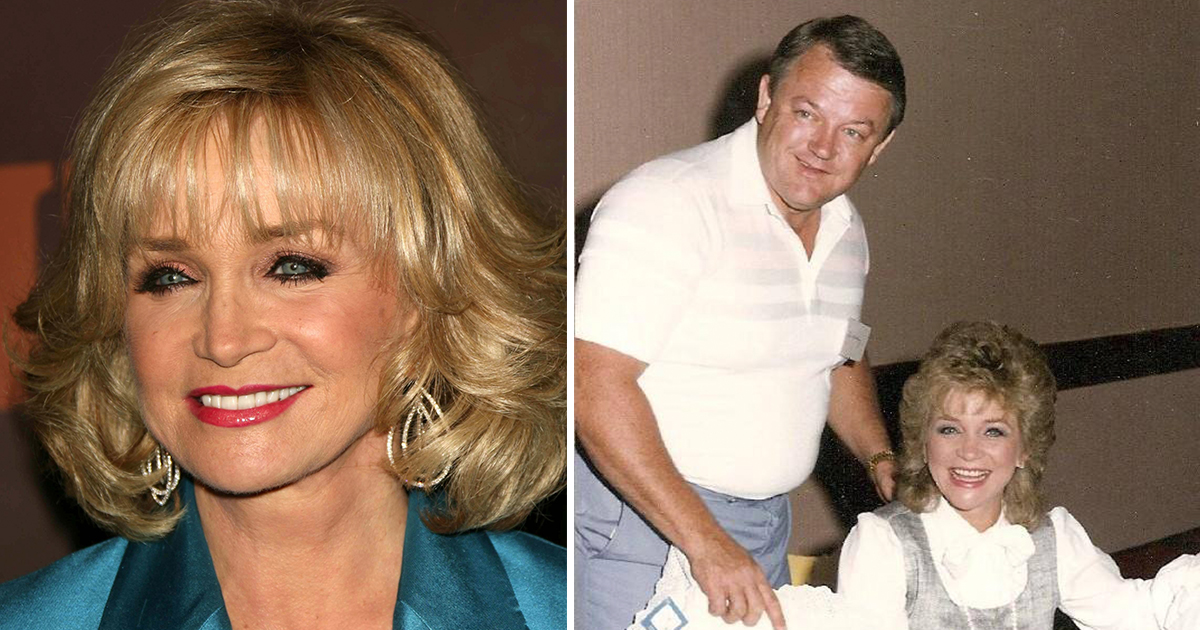 I’ve always loved country music, but I must admit that it took quite a while before I discovered Barbara Mandrell. Once I heard her voice, I understood that she was something very special.

She is now a living legend who will go down in history as one of the greatest and most talented female entertainers of all time ..

Nicknamed “The Sweetheart of Steel”, Barbara has done so much for country music and the Nashville sound. And in addition to being a fantastic singer, she also seems to be a very nice and caring person.

Today, this icon has reached the age of 71 -– but that isn’t stopping her from shining like the star she is!

Barbara Mandrell grew up in Los Angeles and was born with music in her veins. Barbara could read piano notes before she learned English. At the age of 5 she learned how to play the accordion and as an 11-year-old she sang in a show in Las Vegas.

There was never any doubt about which path Barbara would take in life – music was everything, right from the start.

In many ways, it was Barbara’s father who pushed and encouraged her to make herself a name in the music industry. He would later become her manager as well. The family moved to country music capital Nashville in 1968 and soon the success was realised. Barbara got a record contract and it wasn’t long before her records topped the charts.

It was also thanks to her father that Barbara met her future husband, Ken Dudney. The couple first met when Barbara’s dad hired Ken to be the drummer of the Mandrell Family Band.

Both immediately fell in love, but there was a big problem – Ken was engaged to another girl at the time. After a while, he decided to break off the engagement. Four years after Barbara and Ken first met, the couple married on May 28, 1967.

”He was smart enough to be kind and polite but cool. When I fell, I fell hard. We went together all through high school. We were very much in love, and we very much wanted to get married. I very much had to graduate from high school first,” Barbara told CBN.

As in all relationships, Barbara and Ken faced challenges. Barbara focused a lot on her career and, for a period, Ken served in the Navy as a pilot.

It was a hard time for the couple – Barbara and Ken were not able to see each other until the time that Ken had finished his service in Vietnam.

But the lovebirds managed to keep the passion alive and together they raised three beautiful children: Kenneth Matthew Dudney (b. 1970), Jaime Nicole Dudney (b. 1976), and Nathaniel Mandrell Dudney (b. 1985).

And the secret behind their strong marriage? In 2009, Barbara explained why she and Ken have had such a happy and lasting relationship.

”There are times when Ken and I would like to put each other through a wall! It happens, but we married for forever, and keeping God at the center of our lives has made it work and made it blessed and happy. Ken and I both are outgoing people — we’re yellers and screamers! But we’re also passionate at making up,” Barbara told The Boot.

That wasn’t the first time Barbara credited God as the reason she and Ken held it together for all those years.

”By our Heavenly Father and only because of God, only because of God. We’re like other couples. We do not get along perfectly; we do not go without arguments and, as I call them, fights, and heartache and pain and hurting each other. But a marriage is three of us,” she told CBN in 2002.

Barbara was inducted into the Country Music Hall of Fame in 2009 and she has won most of the music awards out there. But she has also received some odd prizes during the years – twice, Barbara has been in PEOPLE magazine’s Most Beautiful People issue.

So what’s the secret behind her beauty, at the age of 71? Personally, I think she’s most beautiful lady in country music ever …

”As far as beauty goes — my mother is just really cute. At one time, I had her figure. When I was working, I was very disciplined and was doing 90 minutes of aerobics at every show. So I was lean and mean! My mother is maximum a size 2 — it just makes me sick! [laughs] So I keep hoping one day I’ll just turn into her,” Barbara says.

What a wonderful couple that manage to stay married all these years!

Barbara is a true make up of what God truly meant us to be … She figured it out, how to love unconditionally and how to let it shine through … She’s definitely one of a kind! To me, Barbara Mandrell is the ultimate performer and best country singer ever along with Dolly Parton, Tammy Wynette, and Loretta Lynn.

I will always love this lady, and thank her showing me what it’s all about!💕💕💕