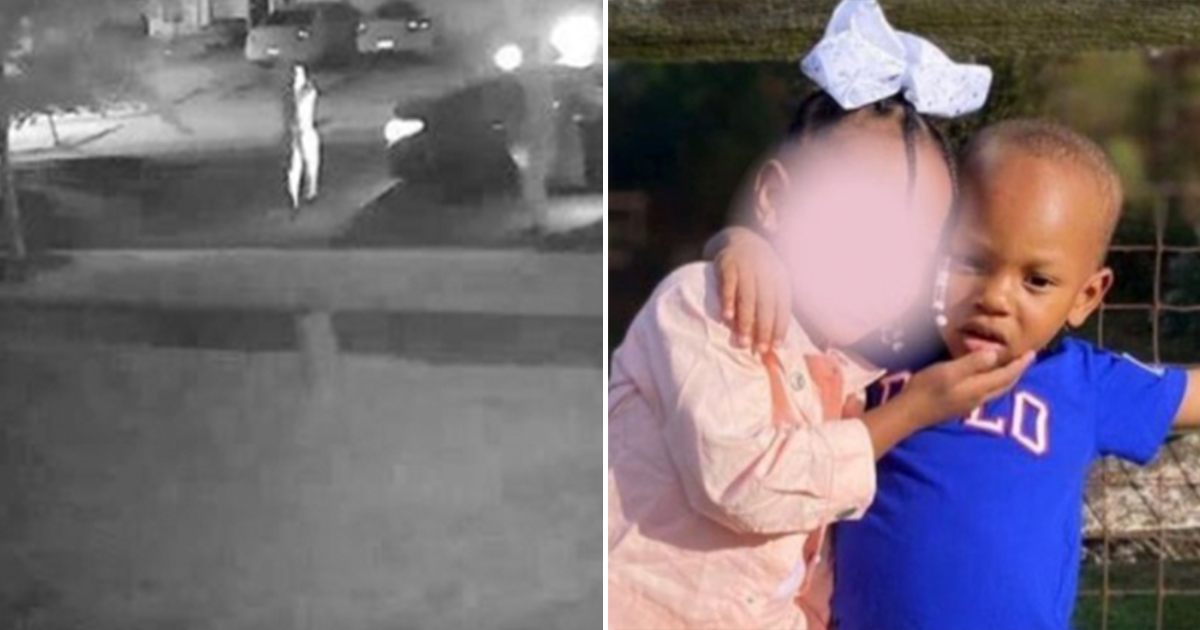 A 3-year-old boy was killed and his 4-year-old sister injured when gunmen fired 150 bullets into the family’s home in northwest Charlotte while they were sleeping.

Eleven people were in the house in Charlotte when multiple cars pulled up and gunman got out, firing a barrage of bullets at the home just before midnight on Tuesday.

Asiah Figueroa was asleep when he was shot in the head. The toddler was rushed to hospital but pronounced dead.

“I want to speak directly to the suspects right now and just ask how can you wake up this morning knowing that your actions last night took the life of a 3-year-old who will never get the opportunity to grow up and have fun like you’ve had that opportunity?

“How can you not wake up today and realize that you need to hold yourself accountable?”

Police are linking Asiah’s death to the fatal shooting of a teenager on Sunday and several recent gunshot attacks on homes in the area which all appear to be related to disputes among students at two high schools in the area: Hopewell, North Mecklenburg and Chambers High School.

“Parents of kids at these high schools, what we need from you is we need you to be as outraged as we are about this,” police Capt. Joel McNelly said at a news conference on Wednesday. “This is where your kids go to school, these are the people that your kids are around, and we need your help.

McNelly also urged parents to pore through their children’s rooms, their phones and their social media pages for clues.

“We need that to solve the murder of 3-year-old Asiah,” he added.

Susie Whitley, the victim’s great-grandmother, told WBTV she heard gunshots hitting her front door and then her granddaughter began screaming that Asiah had been shot and that she was trying to call 911.

“When I went into his room, my grandson was in there, she was holding him, and he said, ‘Grandma, I think he’s gone.’ I didn’t want to believe it.”

Asiah’s 4-year-old sister was grazed by a bullet but will recover, police said.

“For the rest of her life, she has to realize that she was in the house when her 3-year-old brother was senselessly murdered and taken away from this earth,” Chief Jennings added.

Charlotte Mayor Vi Lyles said Asiah lost his life “because we can’t figure out how to live together.”

“If we can’t figure this out for a 3-year-old, for whom will we do this for?” she asked, as per the News & Observer.

No arrests have been made so far.

This is a shocking attack alone but to think it’s related to a dispute between high school students is a chilling reminder of the level that gun violence has reached in this country.

What needs to happen before something is done to help stop guns getting into the wrong hands?

Please share in the hope that these killers can be found and brought to justice.