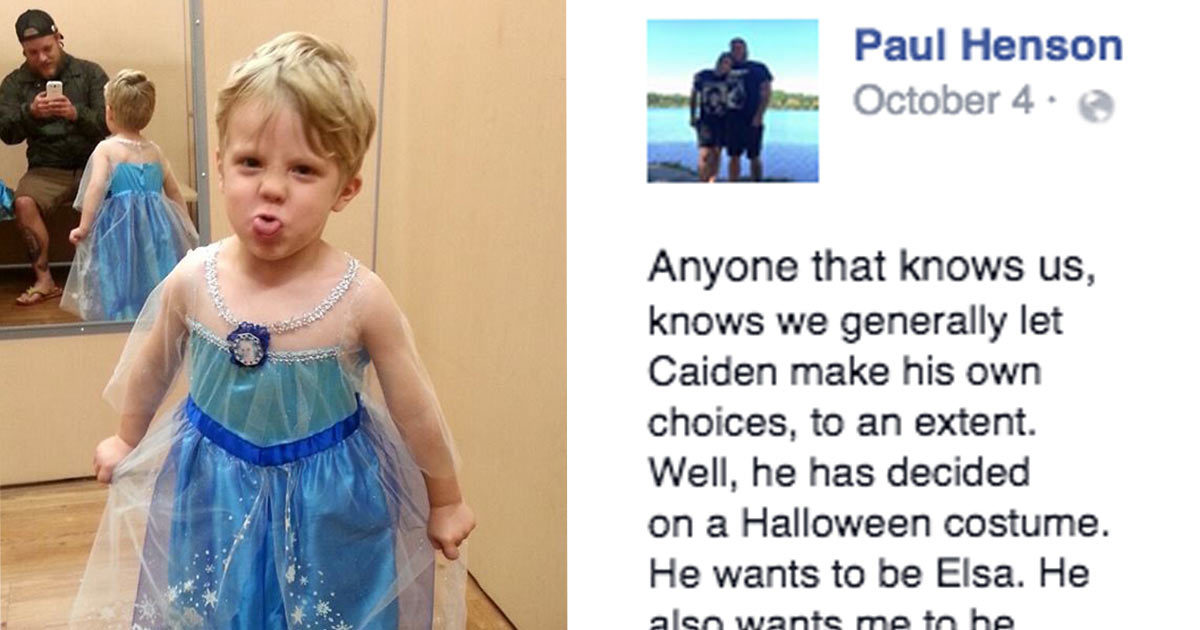 It started when Paul Henson’s son Caiden told him that he wanted to be princess Elsa from hit Disney film Frozen for Halloween. But that’s not all. He would also like daddy to disguise himself as a princess: Elsa’s sidekick Anna, of course. The dad’s response? “Game on.” Paul’s Facebook post explaining his logic behind his support is wonderful. Read it for yourself below. Meanwhile, I really hope to see some post-Halloween photos of the adorable duo in their respective costumes.

I immediately fell in love with this father/son ‘couple’.

Here they are again, having a moment. You can just see they have a deep bond.

So it’s no huge surprise that when Caiden told dad that he wanted to be Princess Elsa, Paul absolutely concurred. Oh — and he also agreed to be princess Anna — Elsa’s sister in the film.

I was pretty moved by this sweet father/son relationship. Dad seems to have a real head on his shoulders and Caiden looks like he has such a sense of humour. Please like and share this heartwarming story if you agree.