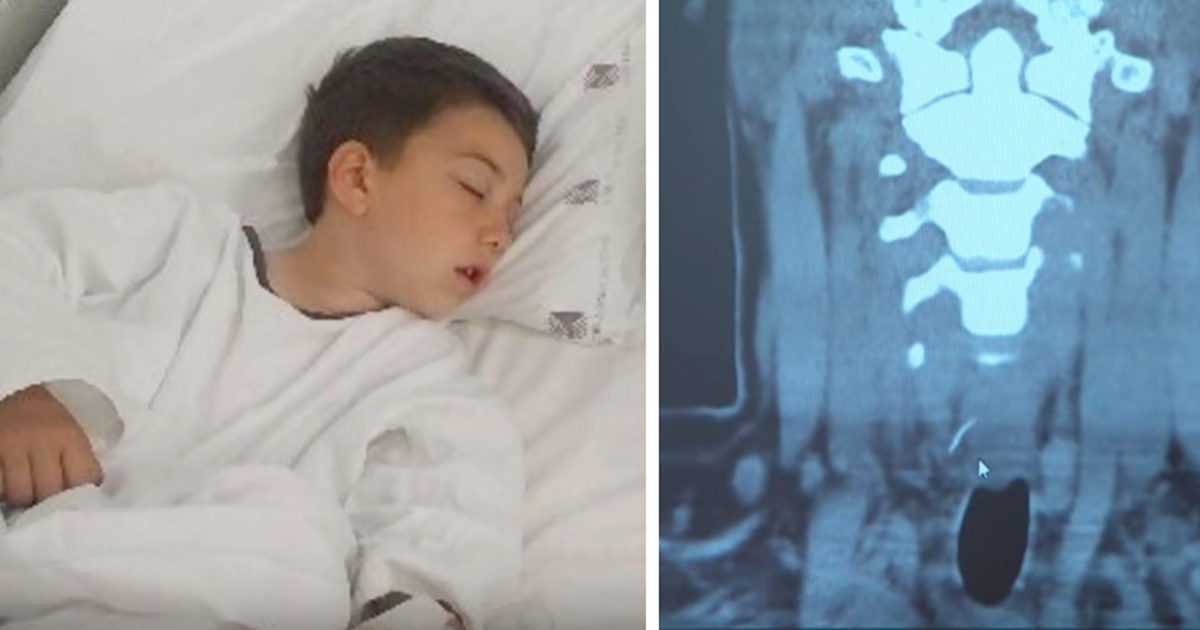 It was an ordinary afternoon in the Fiore’s family home. It was a warm spring day, so they decided to start their grill and have hamburgers for dinner.

But the day would soon turn into a nightmare.

The worst part is that it was their young son Anthony who was most affected – by an incident that is more common than you may think.

Anthony was just about to take a bite from his burger when he suddenly felt a tickle in his throat. Seconds later, he was in excrutiating pain – he told his parents he felt like a sharp knife was stuck in his stomach.

His parents rushed him to the emergency room. The pain was getting worse and worse.

The hospital immediately took Anthony in for a CT scan. They then detected a small narrow metal wire caught in the boy’s throat. The doctors suspected that it was a piece of the kind of metal brushes typically used to clean grills.

Anthony was taken straight to surgery and had the sharp metal wire removed – and sure enough, it turned out it was a bristle from the BBQ grill brush.

The operation went well, but Anthony was not fully recovered yet. The dirty piece of wire had dragged bacteria into the wound in the stomach, and a few days later he got an infection. After taking antibiotics, Anthony was at last well enough to return home.

The first thing Anthony’s parents did was to toss their grill brush into the trash.

According to the doctors, this wasn’t a first. It’s common for the sharp bristles to fall off whilst one cleans the grill – and in worse case scenarios, they can get stuck on the grill and then be transferred to the food.

Aziz Benbrahim, surgeon at MidState Medical Center, Connecticut, USA, says he sees this type of accident often, some cases more serious than others.

“Nobody knows the statistics, that’s the problem. The only paper published talks about 6 or 7 cases and I believe it’s much, much more common,” he tells CBS News.

How to clean the grill without a wire brush, then? Discover a safer way in the video below. Close the lid and heat the grill thoroughly in order to melt any remaining food particles. Then take a piece of aluminium foil shaped into a ball and scrub the grill. This will remove the soot as effectively as a brush – without risking leaving sharp steel pieces behind.

I had no idea that these brushes could be so dangerous! With barbecue season fast approaching, and many preparing to use these kinds of wire brushes to clean their grill, let’s help spread this doctor’s warning.