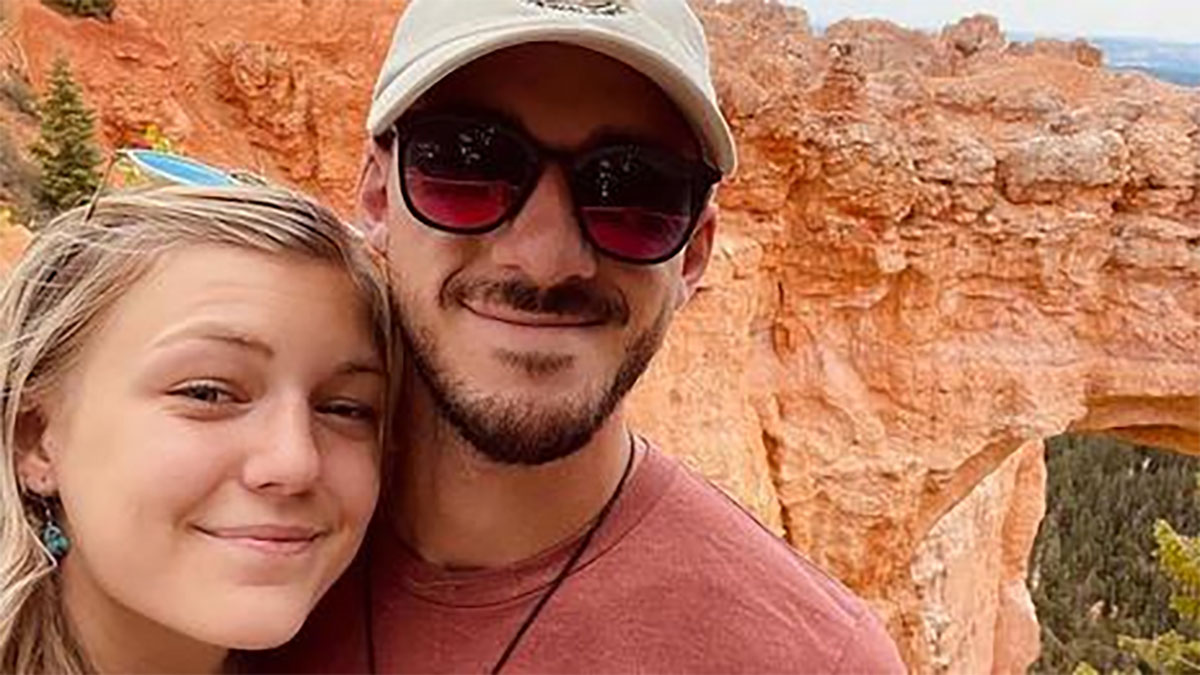 The family of missing Gabby Petito are begging her boyfriend and last known contact to open up and help find her.

The 22-year-old from Long Island left with her boyfriend – identified as Brian Laundrie on social media – for a cross-country trip but Laundrie later returned to the Florida home they shared in the Ford Transit van they were traveling in without her.

Since then Laundrie has retained an attorney and refused to cooperate with police, as per the New York Post.

Petito’s distressed parents have “begged” him to open up and talk to police in the hope they can find their daughter.

In a heartfelt plea to Laundrie, Petito’s family said “they were going through the worst moment of their lives…and the one person that can help find Gabby refuses to help.

“Brian is refusing to tell Gabby’s family where he last saw her, Brian is also refusing to explain why he left Gabby all alone and drove her van to Florida,” they said in a statement.

Petito was last known to be in Wyoming’s Grand Teton National Park in late August. Her family reported her missing on September 11 after not hearing from her in 13 days.

Since returning Laundrie has managed to avoid police and media and said through his lawyer on Tuesday they he would “remain in the background.”

In the statement her family “begged” the Laundrie family to not “remain in the background” but “to help find who Brian referred to as the love of his life.

“How does Brian stay in the background when he is the one person that knows where Gabby is located?”

In a recent statement, police said: “We currently have no definitive information that a crime took place here in North Port. With that said, the circumstances are odd.”

But now police in Utah have revealed that they responded to an “incident” involving the couple about two weeks before she was last seen but no arrests were made and no criminal charges were filed as a result.

Moab Chief of Police Bret Edge said an unidentified person called in “an incident” involving the couple on August 12, according to Fox News.

Petito’s mother Nicole Schmidt said she was convinced her daughter will come back home.

“I believe a mother’s instinct is the most powerful,” she said during a press conference at her attorney’s office, according to the New York Post.

She said she last communicated with her daughter on August 30, but told Fox News, “I don’t know if she left Grand Teton or not. I did receive a text from her on the 27th and the 30th, but I don’t know if it was technically her or not, because it was just a text. I didn’t verbally speak to her.”

There are so many unanswered questions involving this case and my heart goes out to her family who are going through every parent’s worst nightmare.

I hope her boyfriend does the right thing and talks to police to help find Gabby. He’s just causing more heartache by staying silent.