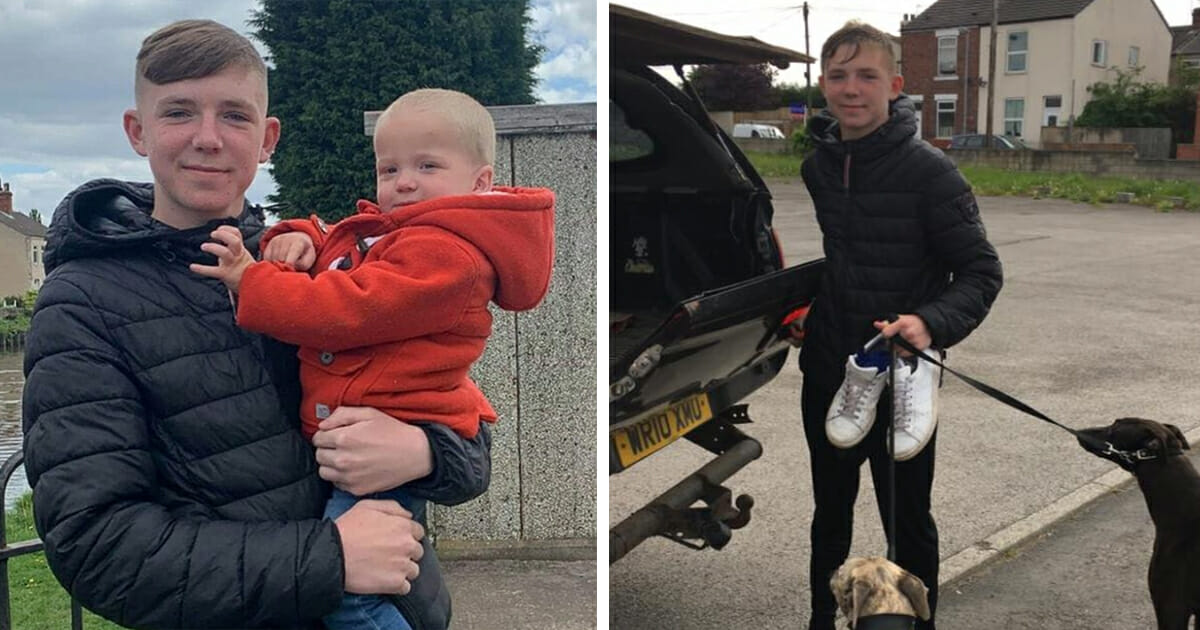 As a parent, the anxiety of something happening to your children never truly goes away. The idea that injury could befall them is a nightmare for any mom and dad – a fact not helped by most kids having a mischievous will of their own.

Becca Hampton, a mom from West York, UK, has two children, and can attest to just how quickly things can go wrong.

One Sunday afternoon, her 15-month-old son, Reggie, was out playing in the yard. Only, Reggie was somehow able to get through the makeshift gate and make his way to a nearby canal.

The situation could have take a very dark turn indeed, had 15-year-old Ryley Ferguson not been walking his dog nearby. Ryley spotted Reggie as the toddler stumbled towards the canal, and then heard the splash when he fell in.

Ryley told the Yorkshire Evening Post: “Basically, I was walking the dogs on the other side of the canal and I could hear this little kid shouting us and waving. I realised how young he was and with him being on the other side I thought I need to go and get him or he’s going to go in.”

The teenager leapt into action, taking off his jacket and jumping into the water after Reggie. He reached the youngster and started to shout for help.

“Since it’s happened I’ve been ok, it doesn’t feel real and I did what anyone else would do, it’s just lucky that I was there because 30 seconds later, he would have been dead,” he said.

“While walking the canal today RYLEY witnessed an unaccompanied toddler fall into the canal from the opposite bank below Foundry Lane. Without further ado RYLEY immediately stripped off some clothing, dived in and swam across and saved the toddlers life. By the time RYLEY got there the toddler was submerged.”

Mom Becca Hampton, meanwhile, has vowed to put a picture of Ryley and Reggie in a frame, so his act is never forgotten.

“[T]his photo will be getting printed and put into a frame and put where Reggie can see it so he knows who his guardian angel is. Reggie will always know who his hero is and we will forever be in your debt,” she said.

Ryley, you’re truly an inspiration! Thank God you were there to save baby Reggie when he fell in.