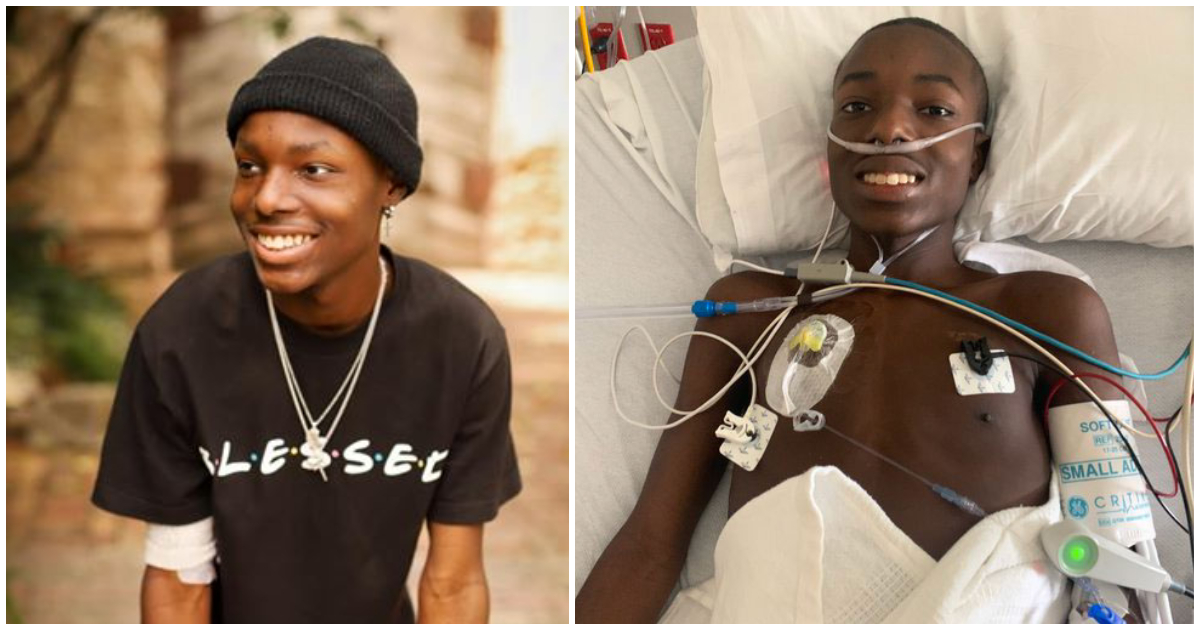 For months people around the country have cheered on Bryce Wisdom, a high school football player fighting a courageous battle with cancer.

Sadly, Bryce’s family announced the teen passed away on July 26. He was only 17.

But while Bryce’s long fight may be over, he’ll still live on in the hearts of all the people he inspired through the #BryceStrong campaign.

Bryce was a football player at Judson High School in Converse, Texas, but his life changed in March 2019 after he was diagnosed with Wilm’s Tumor, a rare form of pediatric kidney cancer.

Bryce underwent months of chemotherapy to treat the tumor, but that September doctors discovered it had spread to other parts of his body.

As Bryce began a tough battle with cancer, friends, family and people in the San Antonio area began cheering him on.

On his last day of school before beginning another round of chemotherapy, Bryce’s peers at Judson threw a touching tribute, marching down the halls with him.

He soon had many high profile well-wishers, including members of the Seattle Seahawks, his favorite team.

Sadly, Bryce, after a long, difficult battle, passed away—but even in the end, he still had a hopeful attitude and a smile on his face. Just hours before he died, his mother Diana revealed his inspiring final words.

“Bryce told me today ‘Mom I Won,'” she wrote. “He is unconscious now, resting peacefully surrounded by family.”

Announcing his death later that night, she said he “gave us one last smile” and thanked the community for their thoughts and prayers throughout his fight.

Tributes and condolences soon poured in to the family, with many writing that Bryce’s optimism throughout his fight inspired them in their own cancer battles.

Rest in peace, Bryce Wisdom. Thank you for inspiring people everywhere with your courageous battle.

You may be gone, but you’ll live on in the hearts of everyone you inspired ❤️ 🎗️