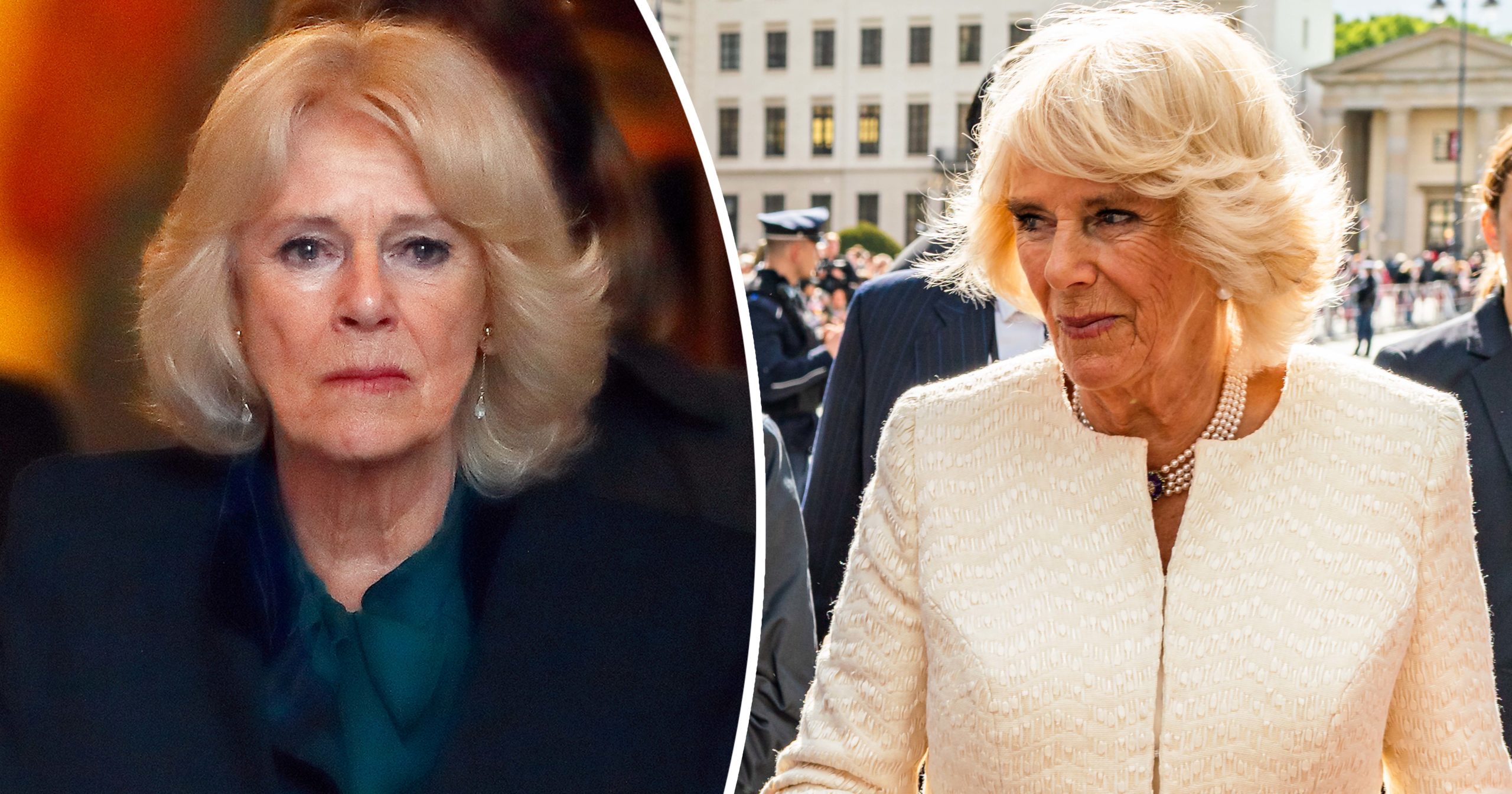 Camilla Parker Bowles has become Queen Consort following the passing of Queen Elizabeth. She and her husband, King Charles, have now started their duties which they have prepared for a long time.

The last weeks have been very hectic for the King and Queen Consort. But it seems Camilla has had an even tougher time performing her duties.

According to The Telegraph, she suffered a health scare just before the Queen died, which caused her a lot of pain.

The Royal Family will never be the same after the passing of Queen Elizabeth. King Charles, as a result, is now the monarch, but his crowning will most likely not occur before next year. Also, his beloved wife, Camilla, has become the Queen Consort.

Before the funeral, Camilla paid tribute to Queen Elizabeth, whom she had known for many decades.

“There weren’t women prime ministers or women presidents, she was the only one, so I think she carved her own role,” Camilla said. “She’s been part of our lives forever. I’m 75 now and I can’t remember anyone except the Queen being there,”

Whether Camilla Parker Bowles would become Queen Consort or not is a matter that has been debated for a long time. However, it wasn’t until earlier this year – on the eve of her Platinum Jubilee, marking 70 years on the throne – that the Queen, for the first time, publicly addressed her daughter-in-law’s role in the monarchy.

When then-Prince Charles married Camilla in 2005, she received the title of Duchess of Cornwall. The palace also announced that she would become “Princess Consort” when Charles ascended to the throne.

However, earlier this year, the Queen’s announcement marked a shift in the monarchy’s approach to Camilla and her official title.

Her Majesty’s ‘sincere wish’ was that Camilla would be known as Queen Consort when Charles was sworn in as the new king.

“And when, in the fullness of time, my son Charles becomes King, I know you will give him and his wife Camilla the same support that you have given me, and it is my sincere wish that, when that time comes, Camilla will be known as Queen Consort as she continues her own loyal service,” Queen Elizabeth said.

Even though Camilla’s reputation with the public now seems to be improved, the reality is that her entrance into the Royal Family was more than just a tad controversial.

It didn’t take long before it was a veritable storm. A few short years after the wedding between Princess Diana and then-Prince Charles, Camilla engaged in an affair with the now-King.

According to Prince Charles’ authorized biography, as quoted by Town & Country, their affair started in 1986. Charles was still married to Princess Diana then, and she found out about it.

The Queen didn’t want to talk to Camilla

In November 1995, Diana appeared in a televised interview with Martin Bashir and spoke about her marriage. When asked about Camilla and if she was a factor in the breakdown of their marriage, Diana answered: “Well, there were three of us in this marriage, so it was a bit crowded.”

The public had a hard time accepting that Charles and Diana had divorced. Another who reportedly felt the same way as Queen Elizabeth herself.

In 2018, investigative author and journalist Tom Bower claimed that, at first, the Queen didn’t want any interaction with Camilla.

Prince Charles and Camilla continued steadily building their image as a couple. The now-Queen Consort even met Prince William in 1998 and, of course, also Harry.

Camilla and Harry’s relationship has had its fair share of drama – things are reportedly strenuous today.

Even though some members of the royal family have different opinions on things, now life returns to normal after the morning period of Queen Elizabeth.

But for Charles and Camilla, that means plenty of change. And it also means change for many people who have worked for the royal couple.

King Charles’ staff were reportedly handed a redundancy notice – and told that they could lose jobs.

As revealed by The Guardian, a dozen Clarence House staff members have been given their notice of redundancy as King Charles and the Queen Consort are moving their offices to Buckingham Palace.

In total, up to 100 employees at the King’s formal official residence – some of whom have worked there for decades – received the information that they might lose their jobs.

Since the infamous affair with then-Prince Charles, some royal fans have never really accepted Camilla. As a result, her entrance into the royal family could’ve been smoother. But now is the time to let go of the past. At least that’s what Grant Harrold, former butler to King Charles, says.

He served the king between 2004 and 2011 and created his own butler and etiquette school after saying goodbye to the royals.

Speaking with Insider, Garrold says fans of Princess Diana must let go of the past and instead embrace Camilla as the Queen Consort.

“There are always going to be people who love Diana — that’s not going to change,” he said. “In reality, how many people in this country have affairs? How many marriages break down?”.

Harrold added, “It’s tricky when people judge and point fingers, but I don’t think people should judge others… It’s their private life, things happened whether right or wrong. But it was the right decision for all of them and we have to close the door on it,”

Camilla has been praised by many for being a kind and caring person.

That is also confirmed by the Queen Consort’s facialist, Deborah Mitchell, who says the public simply doesn’t understand that Camilla is a loving person.

“I was a real Diana fan until I met the duchess, I really was,” Mitchell told Insider in 2020.

“I wasn’t expecting that she would be absolutely lovely in real life. She’s a very thoughtful person, she’s very much for women’s rights, and when she does any charity work, she does it because she wants to. Not because she has to, or for the fame. She doesn’t do anything for any other reason than that it’s the right thing to do,” she added.

Before the funeral of Queen Elizabeth, Charles and Camilla visited Scotland, Wale, and Northern Ireland on their UK tour. They are set to make another visit to Scotland this week, but for Camilla, the last few weeks haven’t been tough only because of the death of Her Majesty. Also, it’s been revealed that she went through a painful time, physically.

As reported by The Telegraph, Camilla was said to have suffered from a broken toe, and after the tour in Scotland, Wales, and Northern Ireland, she retreated to her Wiltshire home of Raymill.

The Queen consort suffered from a broken toe before Queen Elizabeth’s passing – but according to the newspaper, she stayed strong and performed her duties despite being in pain.

“She is in quite a lot of pain but she is just getting on with it. It is unfortunate timing to say the least but she’s been an absolute trouper,” a source told The Telegraph.

“She’s been an absolute trouper”

A spokesman for the King said: “we won’t comment on medical conditions:”

If the duties were mostly about sitting down, maybe one wouldn’t be that impressed that Camilla continued her duties. However, her responsibilities included standing for long periods.

The intense period included Camilla standing in all official ceremonies and meeting people who gathered outside the palace. She did it all while dealing with injury On Saturday, two days after the Queen’s passing, she was standing up for an hour-long ceremony at St James’s Palace in London, and on Monday, she appeared at the service and vigil at St Giles’s Cathedral in Edinburgh.

Camilla continued with another walkabout on Tuesday in Northern Ireland and later returned to Buckingham Palace when they awaited the arrival of Her Majesty’s coffin return to London.

According to The Telegraph, Britain’s National Health Service (NHS) says you donät have to visit a hospital to get treatment for a broken toe. The Queen Consort was said to have consulted palace doctors, and hopefully, she will soon be fully recovered.

It isn’t the first time Camilla suffered a health scare. In 2010, she broke her left leg during a hike at Balmoral and had to use a wheelchair when attending royal engagements.

We wish Camilla a speedy recovery. Please, share this article on Facebook if you also enjoy reading about the royal family!