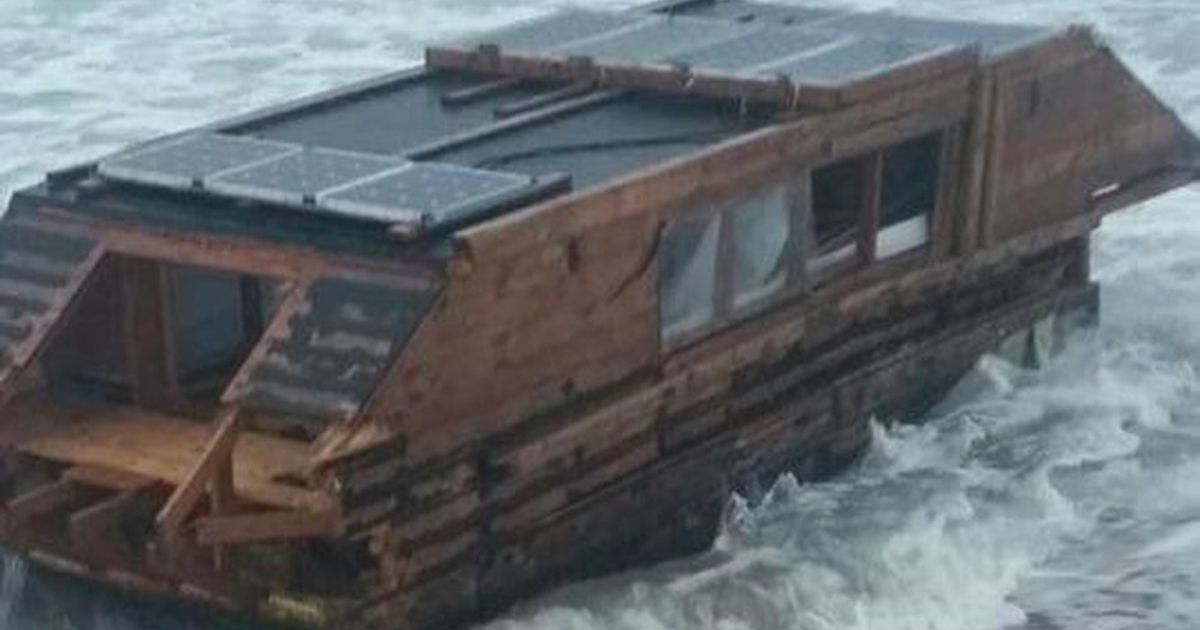 The ocean has always been mysterious, from its mythical sea creatures and shipwrecks to Atlantis and the Bermuda Triangle.

And this story is no less intriguing. It’s as unlikely as a message in a bottle popping up on a foreign shore. But a lot bigger.

Recently, a houseboat from Newfoundland, Canada washed up on the shore of Ireland, and how it got there has everyone baffled.

The houseboat was first spotted crashing into the shore near Cross Beach on the west coast of Ireland. The boat is about the size of a camper amd it outfitted with solar panels on top. It’s wooden structure doesn’t look like it would make the long journey from Canada, yet somehow it was in one piece.

After someone alerted the Ballyglass Coast Guard about the boat, they found it unoccupied but habitable. And they also discovered a mysterious note written inside.

The note reads: “I, Rick Small, donate this structure to a homeless youth to give them a better life that Newfoundlanders choose not to do! No rent, no mortgage, no hydro.”

Small is a Canadian eco-adventurer from Thunder Bay, Ontario, who gained fame in 2015 for riding a solar-powered three-wheeled bike all the way across Canada.

His whereabouts are uknown, and his boat was photographed in Portugal Cove, Newfoundland in July.

Now the boat has been pulled ashore, but the mystery of how the boat drifted more than 3,000 kilometers across the Atlantic Ocean remains.

Michael Hurst, the officer in charge of the Ballyglass Coast Guard says, “If Rick Small doesn’t actually require the vessel back, they may use it locally as a tourist attraction and restore it to the best of their ability.”

If you were also intrigued about how this boat got made it to Ireland, please share with your friends!