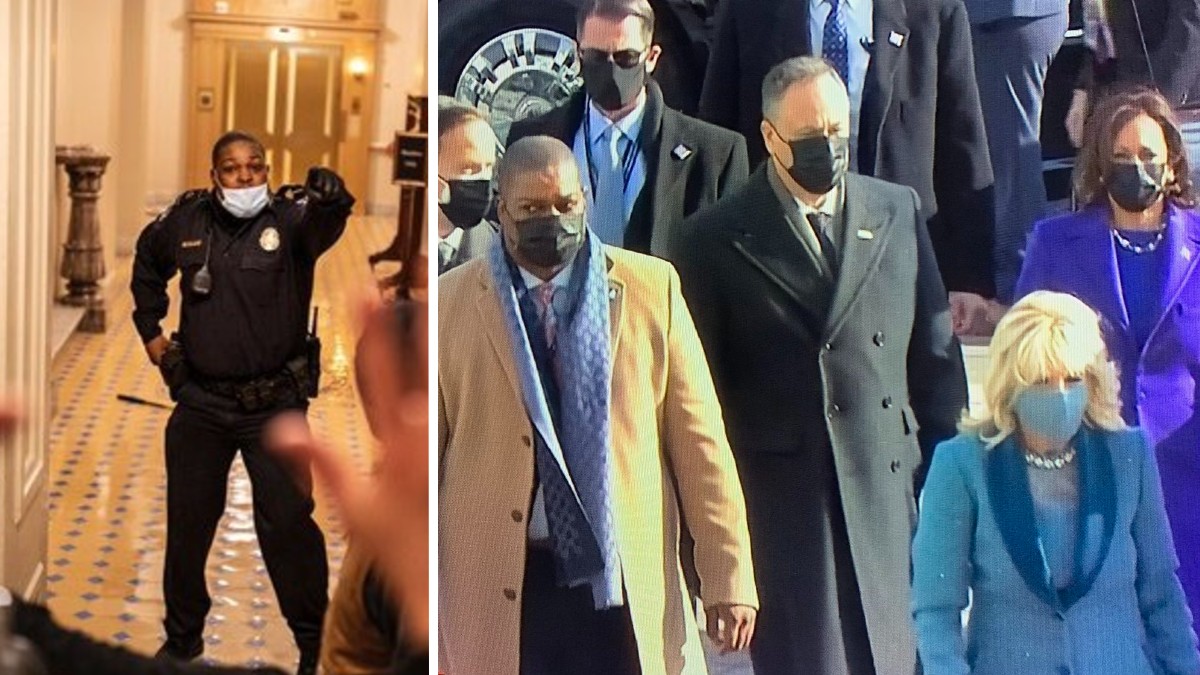 Eugene Goodman, the Capitol police officer who has been hailed as a hero after the attack on the Capitol, was recognized again for his courageous actions when he escorted Kamala Harris to the inauguration ceremony.

He appeared at the ceremony as the acting Deputy Sergeant at Arms for the House for Inauguration Day.

Two weeks ago, on January 6, U.S. Capitol police officer Eugene Goodman became a household name when he directed a mob of Trump supporters away from an unguarded Senate chamber.

The photos and videos that later emerged showed Goodman’s bravery and courage as he faced an angry mob.

Because of his quick-thinking, lawmakers, including now former vice president Mike Pence, were able to escape.

Following his heroic actions, several lawmakers wanted to formally recognize Goodman for the steps he took to protect democracy.

“If not for the quick, decisive, and heroic actions from Officer Goodman, the tragedy of last week’s insurrection could have multiplied in magnitude to levels never before seen in American history,” Cleaver said. “With this prestigious award, we can show our gratitude to Officer Goodman for saving countless lives and defending our democracy.”

Goodman has also received praise from the XVIII Airborne Corps of which he is a member.

Congratulations Eugene! You deserve all the praise for the courageous actions you took on January 6.