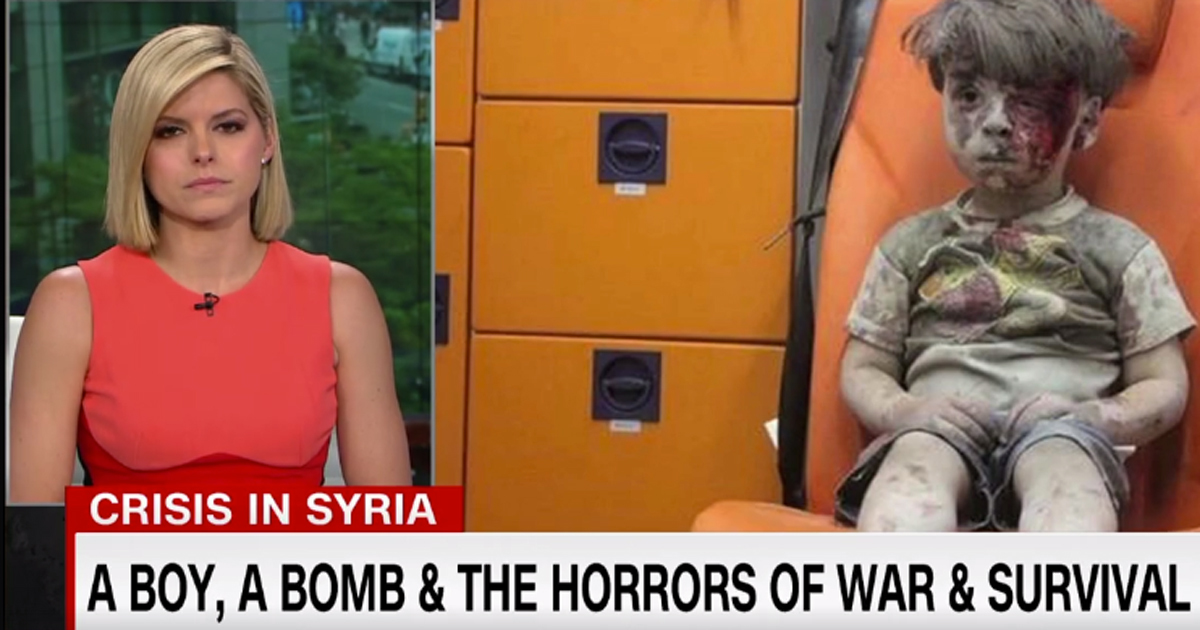 The haunting images of a young Syrian child being evacuated from his bombed home in Aleppo, Syria, have been circulating on the internet over the last few days.

We saw his face, and couldn’t get it out of our heads. We later found out his name; his story. 5-year-old Omran. He’s alive now, but it’s difficult to imagine how his spirit is faring. He has since been nicknamed “the Ambulance Boy”, as the photos were taken when he was carried to the back of an ambulance.

Omran appears to have re-awakened people’s sympathies toward the dreadful heartbreak that Syrians are experiencing in their country, as it continues to be ravaged by the absurdity of war.

CNN anchor Kate Boldun reminded us that ‘objective journalists’ aren’t immune to emotion and feeling. On Thursday, she could barely get through reporting his story. The emotion she displayed, however “unprofessional”, was so real and uncensored, and that’s why I felt I needed to share.

Have a watch below. Please spread this video to remind people of the power of compassion.

Please share this video if you were also moved by Kate’s show of humanity.