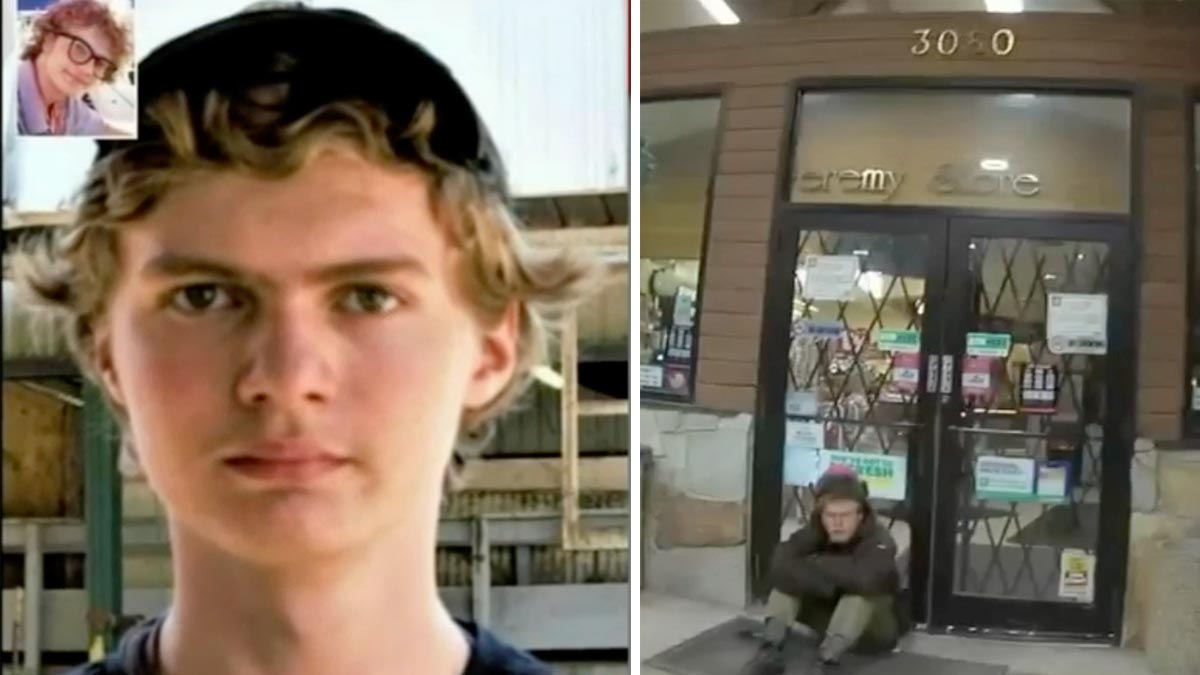 A California teen who has been missing since September 2019 has been found in Utah.

Connerjack Oswalt, 19, was found after a concerned member of the community reported seeing him sleeping outside of a store in Jeremy Ranch, Utah on the morning of April 9.

After some research, police determined Oswalt had been reported missing three years earlier and reached out to his family to share the good news.

“We’re just grateful that he’s safe and he’s alive and we have our son back. That’s the most important thing ever for us,” his mother Suzanne Flint said.

Connerjack, who was diagnosed with autism in 2014, reportedly left his family’s California home one day in 2019 because “someone had allegedly told him he can go on a pilgrimage to find himself.”

He was reported missing at the end of September from northern California. His last known sighting was in Willows, California approximately one week after he went missing.

“We’ve had a lot of false hope over the last two and a half years,” Gerald Flint, Oswalt’s stepfather, told FOX 13 News.

“I never stopped looking for him. There wasn’t a day I wasn’t searching for him, in some form or fashion,” Suzanne said.

His family never gave up hope.

In recent weeks, residents near Park City, Utah contacted police about a homeless person pushing a shopping cart. Police made contact with the person several times, but they refused help.

“We had no reason to demand that he identify himself on the previous encounters because he was not violating the law. However, deputies offered Connerjack resources such as transportation, food, etc. He refused all offers made.”

But on April 9, Oswalt accepted help.

Police were dispatched to a convenience store in Jermey Ranch where they found the 19-year-old sleeping outside.

They were able to convince the “cold young man” to sit in their patrol vehicle and take his fingerprints to help identify him.

Initially they found an arrest warrant for someone with a similar name in Nevada, but they continued to dig and after looking through 16 pages they located a 2019 missing person report from Clearlake, California.

Once they were able to confirm the identity, they contacted the family.

“Everyone in the room was in tears. They went above and beyond, put hours of work,” Gerarld said. “They could have dismissed it, but they didn’t and that made all the difference in the world.”

According to reports, while Oswalt has been identified by his family he has yet to be reunited with them as he’s still receiving care and resources.

It’s not often that you hear about a missing person case being solved with a happy ending after so many years. I’m so glad for this family.