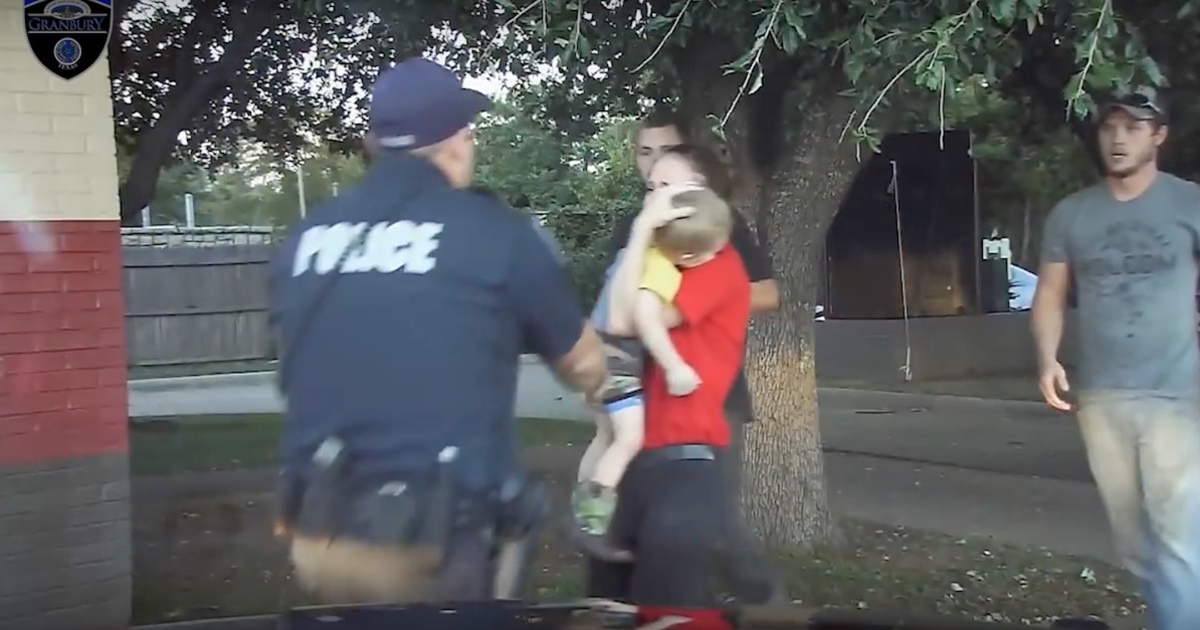 If you’re a parent, it’s the last thing you ever want to happen: your child goes unconscious and stops breathing. You call emergency services, but every time you look at your watch, only seconds have passed and help has yet to arrive. Meanwhile, time is running out on the life of your precious child.

That heart-renching position is exactly where a Granby, Texas couple found themselves when their 3-year-old son, Brayden, had a seizure in the 106 F- (41 C) heat. The little boy stopped breathing and was unresponsive. The boy’s father was distraught and his mother, Bethany, was weeping as she held onto her lifeless son. But they were also praying, and their prayers were about to be answered.

As luck would have it, officer Chase Miller was just a minute away in his cruiser. As soon as he got the call from dispatch, he rushed to the scene. And his dashboard camera caught his heroic efforts to save Brayden.

Officer Miller grabbed the little boy from his mother’s arms and performed CPR on him as his frazzled parents prayed and looked on. Their prayers intensified as their son remained unresponsive. Then suddenly, Bryden gasped and started breathing on his own again.

I don’t even want to think of what would have happened if officer Miller wasn’t nearby and wasn’t able to act as fast as he did. But fortunately, he was.

“I never dreamed of making a difference by saving a life,” Miller told Fox 4 News. “I’m thankful, blessed and very relieved to know he’s up and at ’em.”

Once Brayden was back on his feet again, he and officer Miller reunited and Miller even gave Brayden gifts. What a hero! It’s comforting to know that there are people like him to make sure that the worst never happens.

Please share this incredible video if you’d also like to thank officer Miller and police officers like him for their heroic efforts to protect our communities!