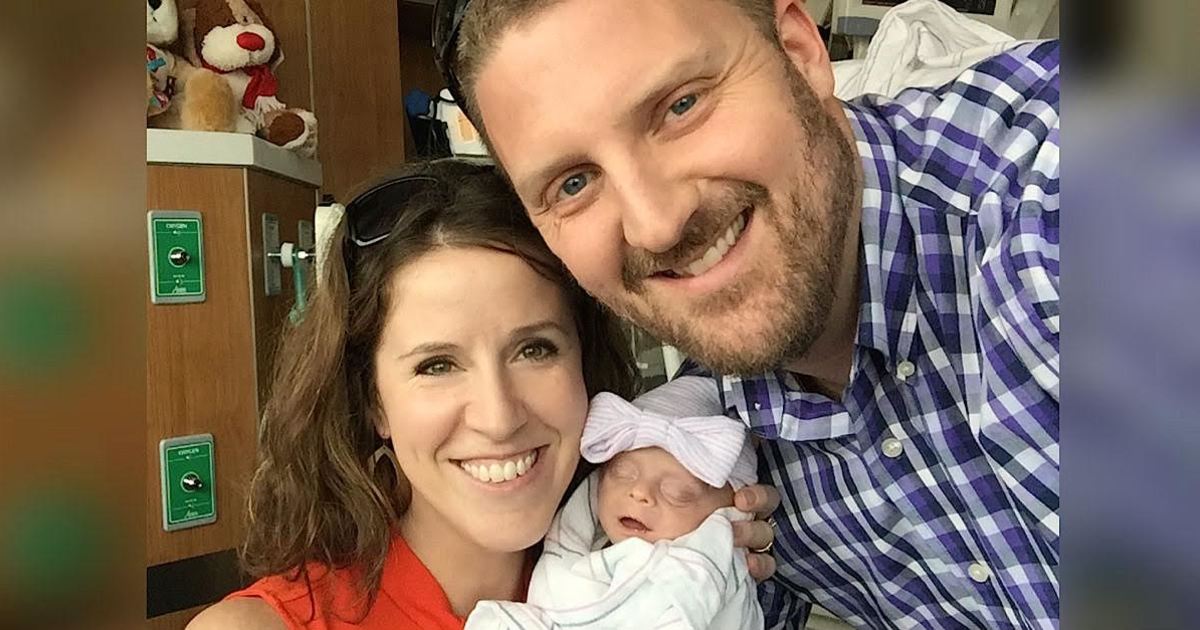 Allison and Josh met in university and quickly fell in love. They got married in September 2000 and over the years, their family has become larger and filled with more love than they ever thought possible. Together, Allison and Josh had four biological children and an adopted son named Micah. And their family was complete—at least that’s what the couple thought. Fast-forward to Allison’s 38th birthday… She got a call from an adoption attorney friend of theirs who remembered that the couple had talked about adoption in the past. The friend knew of a pregnant woman who was unable to raise her little boy and asked if Allison and Josh were willing to take on any more children. It didn’t take long for Allison and Josh to decide. They definitely wanted to give the newborn boy a chance to grow up in a safe home. Later, when the boy’s mother was ready to give birth, Allison and Josh loaded their kids into their car and drove 10 hours to the hospital. But on the way, their friend called from the adoption agency again. “Does Josh have both hands on the steering wheel?“ she asked.
Share
Tweet

Allison and Josh were married in 2000 and started a family. They discussed whether they would have two, or perhaps three, children. But as we all know, life doesn’t always turn out as we expect.

Over the years, the couple had biological children, Abby (11), Jack (9), and Isabel (8). Then, a few years later, Allison and Josh adopted Micah (5), before they brought their fourth biological child, Julia (3), into the world.

Allison and Josh figured that they were done having children. But one day, Allison got a phone call from a friend who also works at an adoption agency.

“She said that she’d remembered our talking about possibly wanting to adopt again and then shared that she was aware of a birth mom who needed a family for her baby,” Allison explained to Little Things. “I called my husband to get the conversation started, but instead of proceeding with his typically logical, slow process of decision-making, he exclaimed, ‘Absolutely! This is so clearly an answer to what we’ve been praying.’”

A few months later, the call that the couple was waiting for came. It was time to pick up their new family member at the hospital. Allison and Josh loaded the kids into the car and started the 10-hour trip to Duke University Hospital in Durham, North Carolina. Then, on the way to the maternity ward, the phone rang again.

“Does Josh have both hands on the steering wheel?” asked the friend from the adoption center.

The friend said that the doctors had just completed an ultrasound and discovered that the mother would in fact deliver twins.

“I always have a hard time articulating the emotions that poured themselves over us in that moment. It was something akin to ecstatic, overwhelmed, terrified delight,” said Allison.

As Alison’s mix of emotions began to subside, the phone rang again. It was the same friend, but this time, she told Allison that something wasn’t quite right.

“I’m so sorry to tell you this; they’re on their way now to do an emergency C-section, and they don’t think baby B will survive the delivery,’” said the friend.

“A million and one things occurred during the next two hours of driving to the hospital, but when we finally arrived, we found a small, but healthy, baby boy cuddling with the nurses on the postpartum floor. But in NICU lay a precious three-pound darling whom we would soon find out was born without a brain,” said Allison.

The doctors looked at Allison and her family with empathy. “You don’t have to take her. We know this isn’t what you signed up for,” the doctor said.

“From opposite sides of the tiny incubator, Josh and I said in unison, ‘She’s our daughter.’ Our whole family spent the next 3 weeks at Duke with her, cuddling, singing, crying, and praying. When she was stable enough, Duke graciously provided a medical transport to fly her to Children’s Hospital in our hometown of Birmingham, AL where she spent three more weeks in NICU.”

“Finally, after 44 days in the hospital, Ava Leigh Lewis came home to her family.”

“Choosing Ava to be our daughter was one of the ‘hardest easy things’ we’ve ever done. We have multiple visits a week from her hospice team, and as much as we’ve come to love and treasure our nurses, their visits are a reminder that Ava’s life on earth will likely end much sooner than we would ever want,” said Allison.

She continued, “We talk openly with the kids. They know that Ava’s life will be far shorter than what any of us would want for her. But they know that we’ve got a lot of love to pack in to a short period of time.”

Please share Allison and Josh’s family’s incredible story with your friends on Facebook. It shows how much love can mean, even when times are tough!