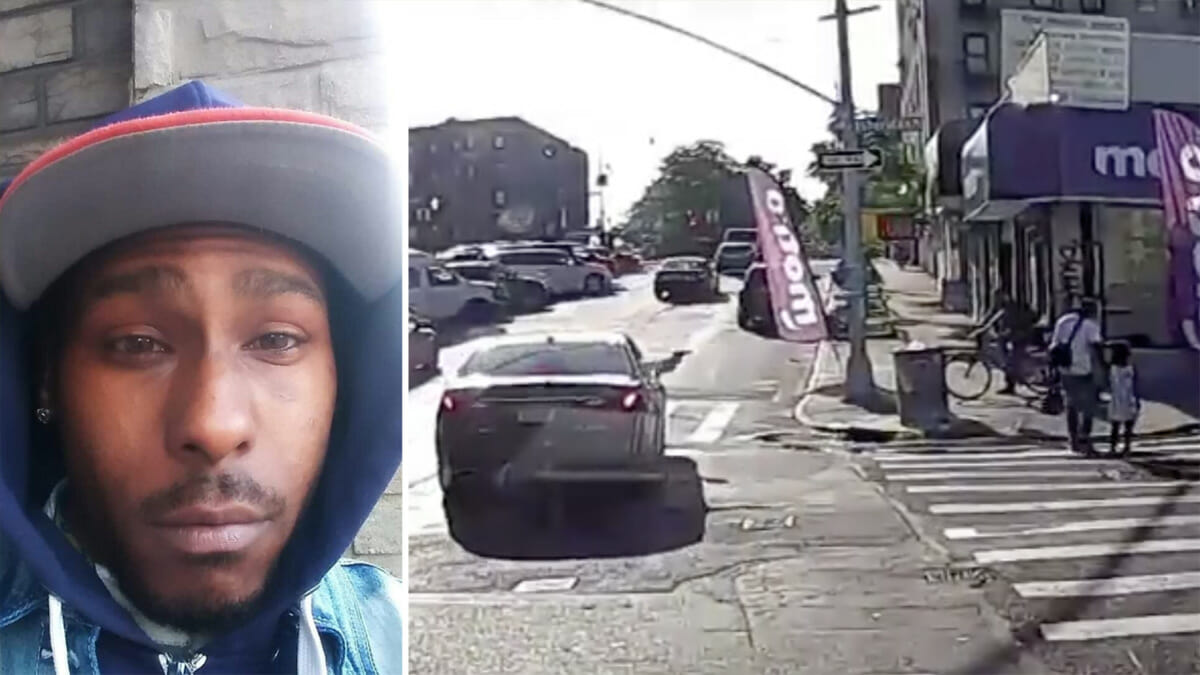 In a tragic and shocking incident caught on camera a dad is gunned down as he crosses the street with his young daughter in the Bronx, New York.

Anthony Robinson was walking hand in hand with his 6-year-old daughter when he dropped to the ground after being shot.

Video footage shows the 29-year-old from Brooklyn looking to his left before crossing the street with his daughter when a car paused to let them go.

As they reach the other side of the street the car pulls alongside them and the driver opened fire, striking the man repeatedly.

The dad falls to the ground at East 170th Street and Sheridan Avenue. Video shows his daughter running off as the car speeds away.

Anthony was taken to hospital where he died, as per local news station Pix11.

The victim’s cousin, Michael Parker, said he was a father of two and would be missed.

The NYPD is offering up to $10,000 for information leading to an arrest.

My heart goes out to the child who had to witness this and is now without a father. Rest in peace Anthony Robinson.

Please share to help police find the person responsible for this senseless killing.