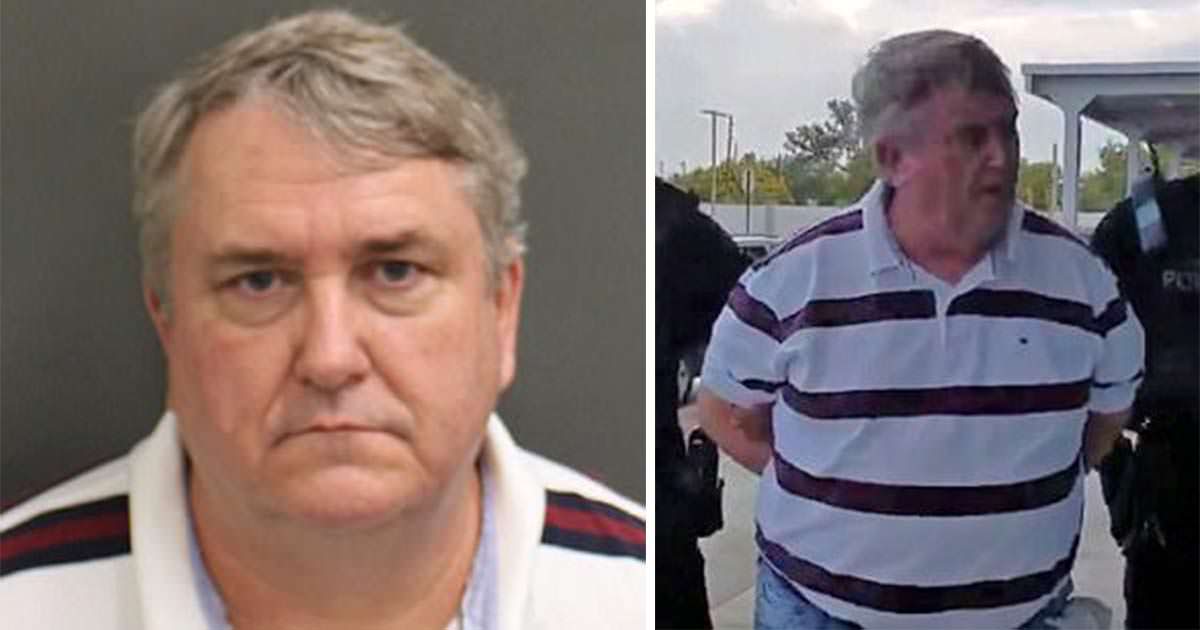 A married 64-year-old dad of two drove 1,000 miles from Texas to Florida to have sex with a nine-year-old girl.

The man had visited a website where he started chatting with a man who offered him to have sex with his daughter.

But after the long drive, the man was met with something completely different and unexpected.

This story is disturbing and might be difficult to read for some of readers, but we believe it’s an important subject that should never be ignored.

After seeing an ad online about meeting ‘experienced parents to learn new things from raising little ones’, 64-year-old Mark Andrew Nichols from Texas decided to reply, The Daily Mail reports.

He started a conversation with a man who told him he wanted his daughter to get into the modelling industry.

After several messages back and forth, Mark understood that the father of the girl had ulterior motives — most likely the same ones Mark had.

The father liked the idea of someone having sex with his 9-year-old daughter and so did his wife, they wanted to offer Mark the chance to come have intercourse with their daughter.

Mark, who is married and has two children, then told the man that he would come visit the family in Florida to have sex with their nine-year-old, but that he first wanted to make sure the parents would be comfortable with it.

The Daily Mail have published some parts of the conversation taken from the arrest report.

Here’s what Mark responded to the father, “I would like to visit you all. I am interested in having sex with the child and the child’s mother. I am bi so I am open to some bi play with you if you are interested. If you are not, that is fine.”

The disgraceful and disturbed man didn’t stop there.

“I would maybe like to watch you have sex with the child. Be there. Touch and re-assure her. Then have sex with her myself. Would the child want to watch me with mom?” He continues ‘I want to be respectful and just provide you all with a fun, safe experience.”

This makes me sick to my bone.

The father gave Mark the green light to come have sex with his daughter. They decided on a date and Mark drove 1,000 miles all the way from Texas.

When he arrived however, he was greeted by something completely different than what he had expected — police officers.

The man who was the girl’s ‘father’ was in fact an undercover detective who had created a fake advert and profile as part of an investigation to trick potential child molesters online. It was a complete setup and Mark had fallen for it.

Mark was immediately arrested and remains in custody, The Daily Mail reports.

He 'travelled with candy and lube'

Sadly, this is a dark and sick part of the world we live in. Thank goodness the work of these police officers made it possible to catch this vile man.

The internet is a dangerous place when it comes to child molesters and other type of sex offenders. Please share to warn others so that more people pay attention to who they or their children chat with.