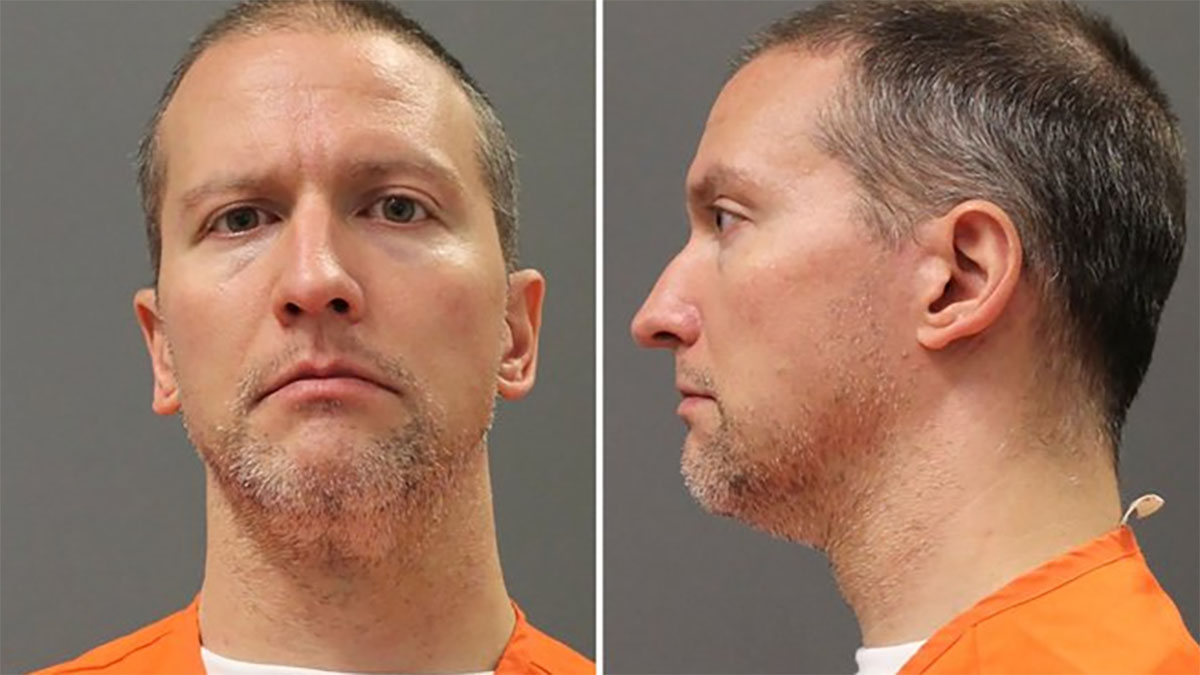 All eyes were on former police officer Derek Chauvin last week when a jury found him guilty on all three counts for causing George Floyd’s death.

Now fresh allegations have surfaced that Chauvin assaulted a black teenager in a similar way four years ago.

The 45-year-old former cop with the Minneapolis Police was found guilty of murdering George Floyd after kneeling on his neck for more than 9 minutes while he repeatedly pleaded that he ‘couldn’t breathe.’

Now Chauvin is facing a new charge from 2017 in which it’s alleged that in responding to a domestic assault he used a similar method on a 14-year-old boy who refused to comply.

According to state prosecutor Matthew Frank when the boy refused to lie on the ground Chauvin allegedly hit the boy in the head so hard a paramedic said he would need stitches. Chauvin then grabbed the teen by the throat so hard he lost consciousness and fell to the ground, as reported by Good Morning America.

Chauvin then kneeled on the teen and about a minute after going to the ground the child began repeatedly telling the officers that he could not breathe. He allegedly held the child on the ground for 17 minutes.

The incident was captured by body cameras and presented to the judge in the murder trial but was not shown. The Department of Justice is now investigating the allegation.

“Those videos show a far more violent and forceful treatment of this child than Chauvin describes in his report [of the incident],” Matthew Frank, wrote in a court filing at the time, as reported by ABC News.

“Just like with Floyd, Chauvin used an unreasonable amount of force without regard for the need for that level of force or the victim’s well-being. Just like with Floyd, when the child was slow to comply with Chauvin and [the other officer’s] instructions, Chauvin grabbed the child by the throat, forced him to the ground in the prone position, and placed his knee on the child’s neck with so much force that the child began to cry out in pain and tell Chauvin he could not breathe,” Frank wrote in the filing, as per ABC News.

Chauvin is currently awaiting sentencing for the murder of 47-year-old father George Floyd. He’s been held in a maximum security jail where he remains in isolation for 23 hours a day for his own safety.

He has reportedly been placed on suicide watch and is expected to be sentenced on June 16. Chauvin faces a maximum of 40 years in jail.

Police officers do need to be held accountable when they exercise extreme brutality and show a disregard for human life, they are not above the law.