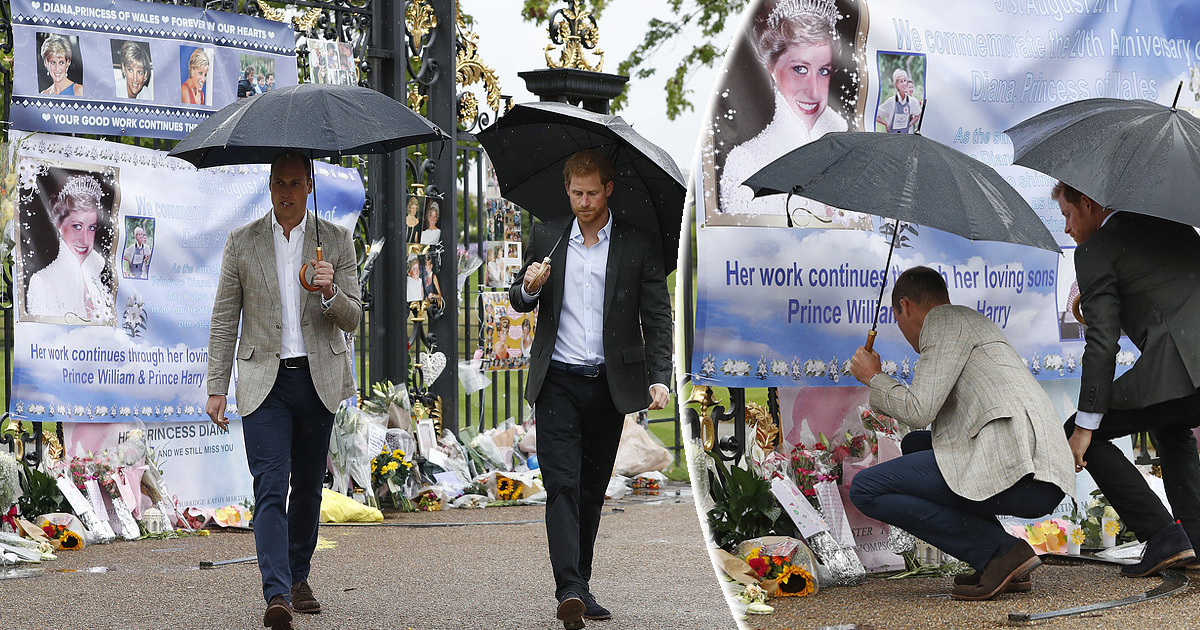 Princes William and Harry were seen honoring the memory of their mother, the late Princess Diana, yesterday.

On the 20thanniversary of the tragic death of the Princess of Wales — the princes visited the memorial that has been dedicated to their mother in London.

They laid down flowers to pay their respects to their mother and were seen talking to each other and with others who had gathered at the memorial.

William and Harry arrived at the gate to Kensington Palace, where they laid down bouquets of flowers. They were seen talking to several people who went to the memorial to pay tribute to the popular and beloved princess.

The anniversary of Diana’s death is today, Thursday, August 31, but the two princes decided to visit the memorial and honor their mother a day early.

But first, the princes and Williams’s wife, Kate, visited the garden next door — created in memory of Diana. William and Harry also met representatives of some of the charities that their mother supported, including an organization that supports people affected by AIDS.

The two princes were only 15 and 11 years old when their mother was taken away from them after her tragic car accident in Paris.