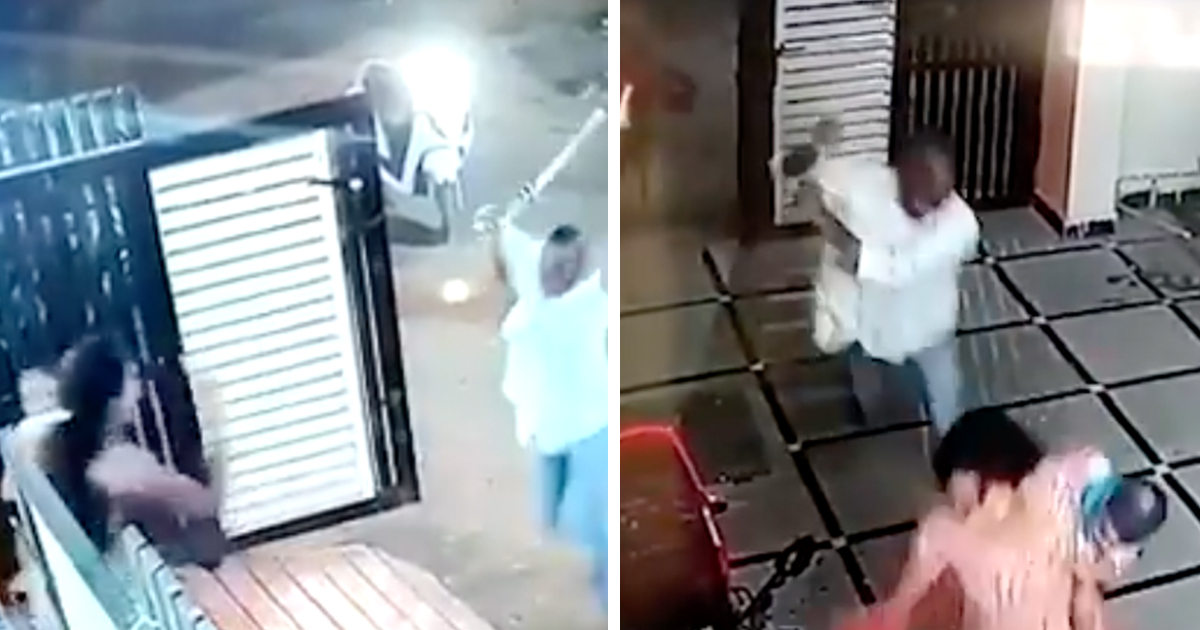 Horrifying video has emerged of a man chasing a woman into her home with an axe while she’s carrying a child.

The woman, who is a married mother, had reportedly spurned the man’s advances and she had complained to the police that he was harassing her when he showed up at her home.

The video shows the attacker arrive at the woman’s house in the Meerpet region of Hyderabad, India.

While the woman holds a child and talks to a neighbor, her attacker gets off his scooter, armed with an axe, Daiji World reported.

She then backs away from him, holding her free hand up to protect herself as he follows her into her home and hacks at her before fleeing the scene.

The woman had to be rushed to hospital where she was treated for injuries to her palm, forearm and shoulder. She is expected to survive.

Her attacker has been named as 30-year-old Rahul Goud who was caught the following day.

Goud, described as a family friend, had been harassing the woman for some time and tried to force her into a relationship even after knowing that she is married, according to the report.

She had recently lodged a complaint with police and he was arrested — but after being released on bail, the rejected man went to the woman’s home and attacked her, police said.

The report, published in November 2020, added: “We have time and again expressed our outrage against such violence, sought to bring in stricter legislations and rallied for better support mechanisms for survivors of such violence. Yet, women continue to be subjected to violence with impunity for asserting their right to say no.”

I hope this man is brought to justice and properly punished for his actions.

He is a danger to the public and he must be punished properly as an example to other men who commit violent acts against women who dare to say no to them.

Thank goodness this woman is going to be okay and nobody else was injured.