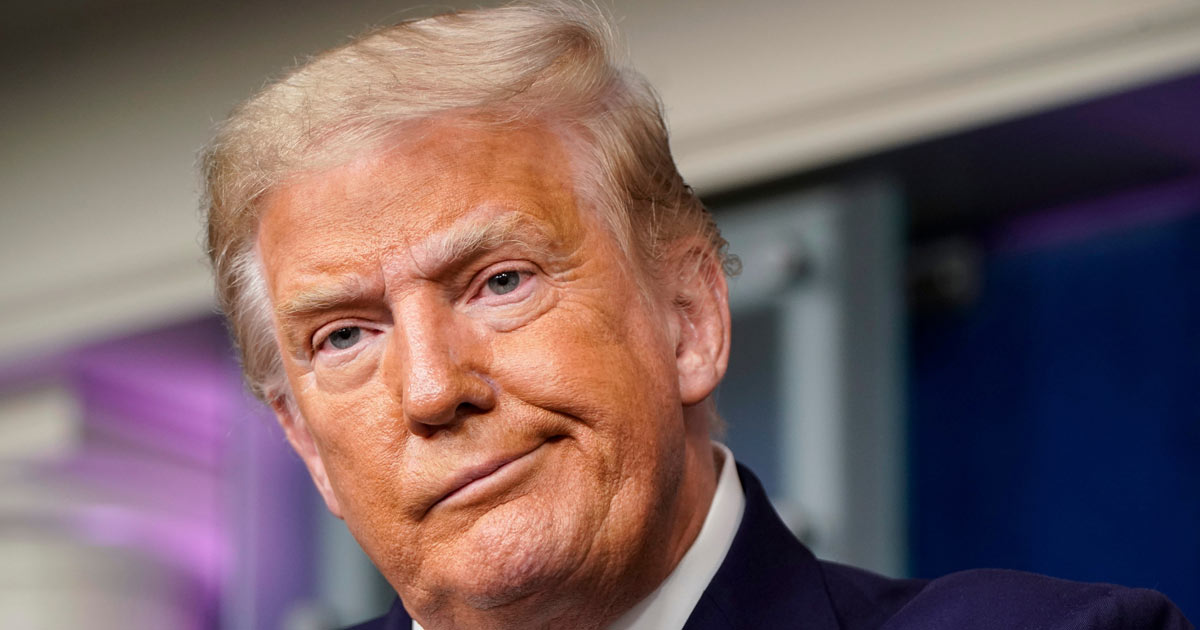 Former President Donald Trump remains largely in the searing eye of the media despite having been out of the White House for almost a month now.

The latest news is that Trump and attorney Rudy Giuliani are being accused of conspiring with the far-right groups Proud Boys and Oath Keepers to incite the January 6 insurrection in a civil lawsuit filed Tuesday in federal court by the Democratic chairman of the House Homeland Security Committee, as per CNN.

Donald Trump was acquitted by the Senate in his second impeachment trial for his role in attack on the US Capitol on January 6th.

On Tuesday, a lawsuit was brought by the Mississippi Democratic Rep. Bennie Thompson and the eminent civil rights organization the National Association for the Advancement of Colored People (NAACP).

The suit alleges that Trump, Giuliani and the extremist groups the Proud Boys and Oath Keepers conspired to incite the attack on the Capitol, aiming to prevent the Congress from certifying that Joe Biden won the presidential election.

“Put my life, and that of my colleagues, in grave danger”

Bennie Thompson, who chairs the House homeland security committee, was one of the members of Congress who had to use gas masks and were taken to shelter in an office building on January 6.

Five people died during the riot. The Proud Boys and Oath Keepers have been charged with taking part in the insurrection.

The Justice Department has charged more than a dozen Proud Boys so far for storming the Capitol, and lately brought conspiracy charges against a group of five people associated with the group.

Thomson claimed in a statement that Trump’s “gleeful support of violent white supremacists led to a breach of the Capitol that put my life, and that of my colleagues, in grave danger. It is by the slimmest of luck that the outcome was not deadlier,” according to The Guardian.

Thompson continued: “While the majority of Republicans in the Senate abdicated their responsibility to hold the President accountable, we must hold him accountable for the insurrection that he so blatantly planned. Failure to do so will only invite this type of authoritarianism for the anti-democratic forces on the far right that are so intent on destroying our country.”

If the lawsuit proceeds this would significate that Donald Trump and others would be subject to discovery and depositions, potentially exposing details and evidence that weren’t released during the second impeachment trial.

The suit says Trump and Giuliani tried to undermine the presidential election result and portrayed the election as stolen. The NAACP is backing the lawsuit and is helping to represent Thompson in court.

“As part of this unified plan to prevent the counting of Electoral College votes,” the lawsuit states, “Defendants Proud Boys and Oath Keepers, through their leadership, acted in concert to spearhead the assault on the Capitol while the angry mob that Defendants Trump and Giuliani incited descended on the Capitol. The carefully orchestrated series of events that unfolded at the Save America rally and the storming of the Capitol was no accident or coincidence. It was the intended and foreseeable culmination of a carefully coordinated campaign to interfere with the legal process required to confirm the tally of votes cast in the Electoral College.”

Normally, presidents are protected from the courts for actions carried out in office, but in this case the suit focuses on the former President in his personal, rather than official capacity.

Joseph Sellers, who is with the Washington law firm Cohen Milstein and filed the lawsuit on Thompson’s behalf, explained the situation, according to CNN.

“Inciting a riot or attempting to interfere with the congressional efforts to ratify the results of the election that are commended by the constitution, could not conceivably be within the scope of ordinary responsibilities of the president. In this respect, because of his conduct, he is just like any other private citizen.”

Republicans argued the trial was unconstitutional

Donald Trump and several Republicans argued the impeachment trial was unconstitutional because he is no longer in office.

Jason Miller, a spokesman for Trump, claimed Donald Trump did not incite or work to incite riots at the Capitol.

What do you think about the lawsuit and the accusation against Trump and attorney Rudy Giuliani being accused with conspiring with the far-right groups Proud Boys and Oath Keepers to incite the January 6 insurrection?