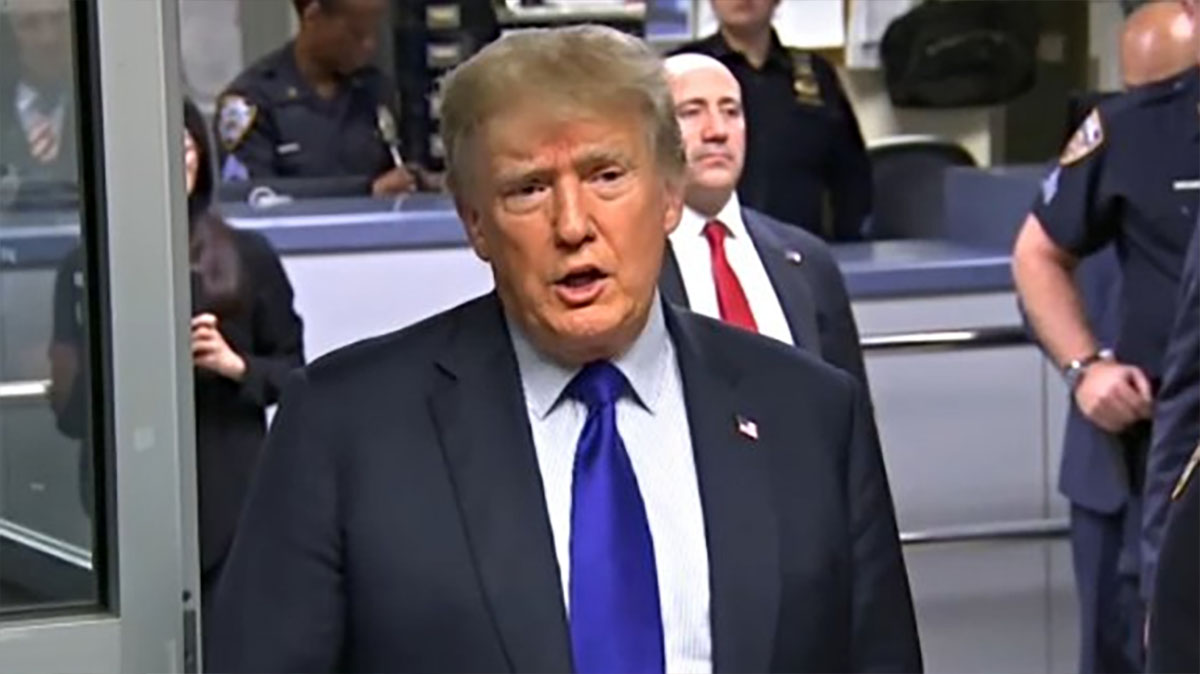 He thanked them and told the group they were “incredible people” adding: “If they would let you do your job you wouldn’t have crime in New York. I just want to thank you very much, you’re just incredible people.”

The former president criticized President Biden’s pullout from Afghanistan. America’s longest war cost more than $2 trillion, and over 2,300 Americans, as well as tens of thousands of Afghans, lost their lives.

“It was gross incompetence and I hate to talk about it on this day,” Trump said.

Trump also encouraged firefighters to praise police officers saying: “You’re the bravest people, and you know right next door and you know you love each other, because I know, the blue. We love the blue.”

The Daily Caller tweeted, “Former President Trump visits the NYPD and FDNY on the 20th Anniversary of 9/11: ‘We’re not supposed to say it, but I’ll say it. We love the Blue.’”

When asked about whether he would consider running for mayor of New York Trump replied “I would love that! I’d say, ‘Fellas good luck, go to town.'”

“You are incredible men and women, I’m with you all the way and to answer your question the answer is yes.”

An NYPD officer asked if Trump would consider establishing days of recognition for police, if he runs again for president and is elected.

Trump responded by saying he had fought to get funding for the NYPD and FDNY first responders impacted by the 9/11 attacks and said he liked the officer’s idea.

Trump posed with the officers for pictures and then signed the stationhouse logbook, writing: “I love you all!”

What do you think about Trump’s comments on the anniversary of 9/11? Please post your thoughts below and share this story.