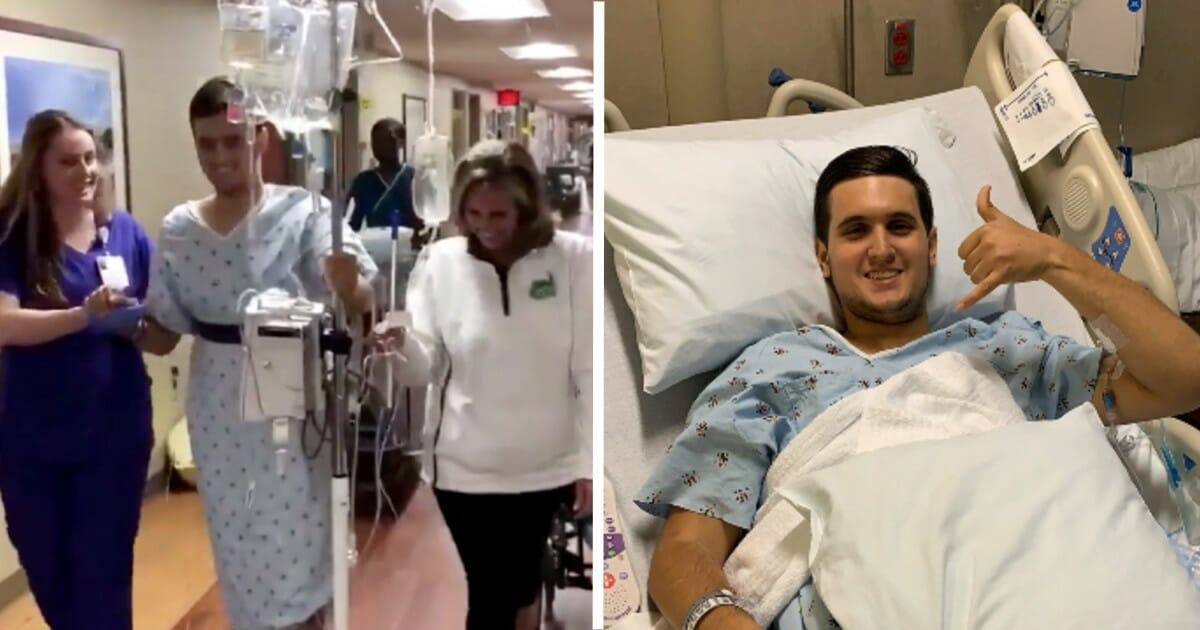 On April 30, a gunman walked into a classroom at the University of North Carolina at Charlotte. Riley Howell tackled the gunman, but in the process was shot and later died. Ellis Parlier was also killed in the attack.

Days after the shooting, three of the four students had been treated and released from the hospital.

Drew, however, remained in the hospital.

While the extent of Drew’s injuries haven’t been made public, his loved ones have used Twitter to keep friends and family updated on the 19-year-old’s progress.

On May 13, Drew’s girlfriend, Erin Wilson, shared an update with the school’s chancellor.

“We still have a little time left here in the hospital, but Drew is feeling strong, and as you can see, he is happy as ever to be a Niner!”

I’m back social media. This is Drew running it from now on.

Update:
Still in the hospital and recovering but feeling much better. Thank you for all of your support! #CharlotteStrong pic.twitter.com/sIlaAkbGWt

Since he’s been in the hospital Drew has undergone two surgeries and continued to recover.

However, his most recent accomplishment occurred on day 13, which he shared on Twitter. He took his first steps without using a walker.

Took my first steps without a walker today so I felt the need to share it with everyone? #CharlotteStrong #DrewStrong pic.twitter.com/yZIUe04Ncl

Drew is still on the road to recovery, but he’s making progress, and he’s got a lot more than just his family and friends rooting for him.

Share this story to cheer Drew on and wish him a speedy recovery!