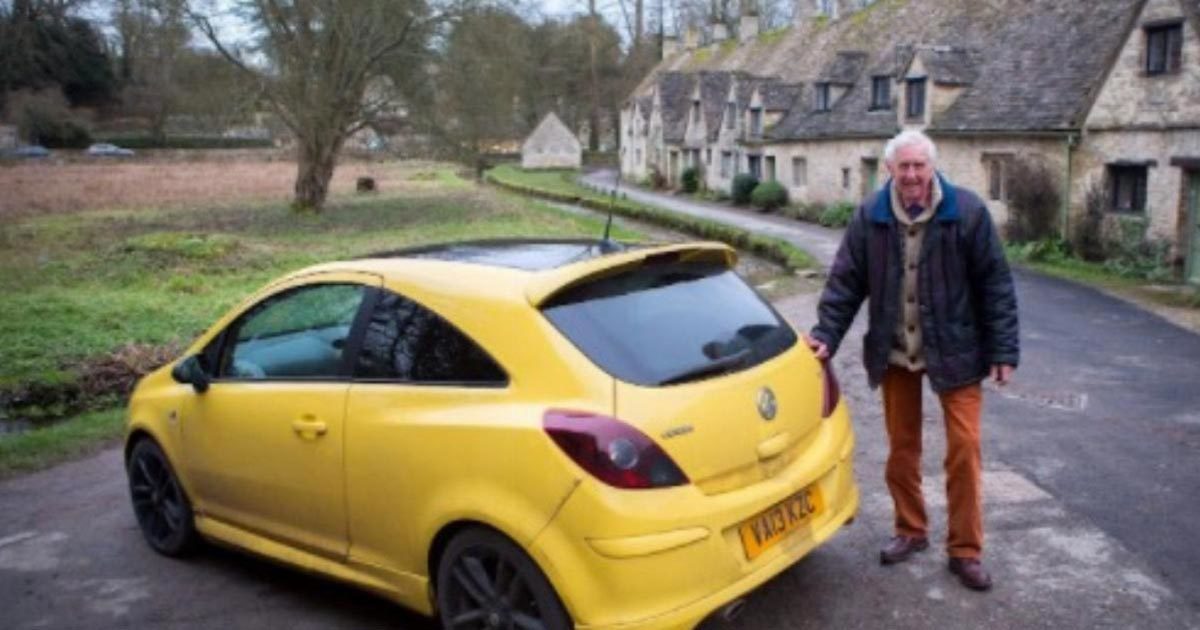 It was a completely harmless purchase. At least, that’s what 84-year-old Peter Maddox thought when he bought a new car.

But what he hadn’t counted on was the response from photographers and tourists, who were furious with his purchase.

The picturesque village of Bibury is located in Gloucestershire County in southern England.

Idyllic old stone houses line narrow streets, with green hills and a long, lazy river in the background. It’s the one of the most photographed towns in Britain and is even featured on the inside cover of the country’s passport.

So when 84-year-old Peter Maddox parked his new car on the street in front of his house, visitors were annoyed.

But what was it about Maddox’s car that people didn’t feel belonged in the picturesque village? The car was, well, yellow.

The bright color of Maddox’s car set off an uproar.

Someone scratched the word “MOVE” on the hood of the car and another time, someone smashed the windows while it was parked outside the 84-year-old’s cottage.

According to the Telegraph, the damages amounted to £6,000 ($7,700). Fearing more trouble, Maddox decided to trade his car in for something a little duller.

“The car company was able to get him a new car very quickly. Obviously, it is sad to lose the yellow one but he feels he does not want to antagonise anyone with a bright color. He just wants to drive peacefully,” his daughter-in-law Marie Kraus told the Telegraph.

But that wasn’t the end of the story. The car company also helped Peter Maddox get the perfect revenge—and organized a parade of yellow cars to drive through the picturesque village to show support for the 84-year-old!

Hundreds of yellow cars rolled through the surprised village.

“The response has been amazing and overwhelming; people from all over the country and all over the world have applied to join the group,” Matty Bee, who organized the event told the BBC.

What happens in the neighborhood in the future remains to be seen, but it’s clear that Peter Maddox has the support of many on his side!

Watch the yellow convoy roll past the picturesque little village in this video:

If also think that the 84-year-old should be able to express his sunny personality, show your support by sharing this article!