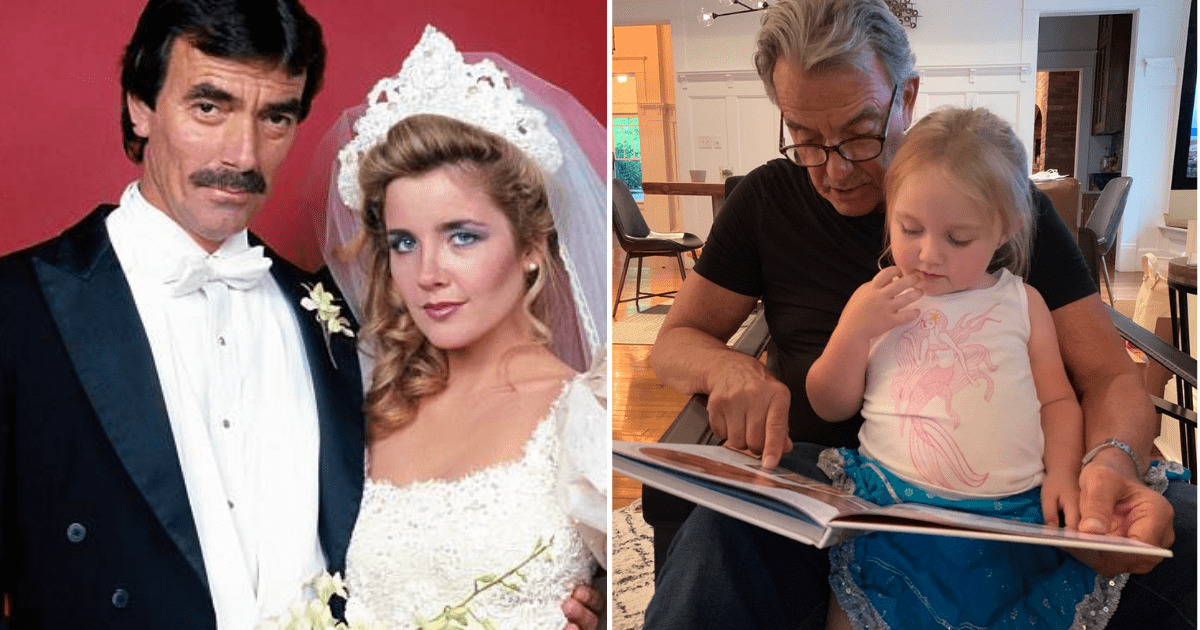 Who doesn’t remember (and love) Eric Braeden from The Young and the Restless (to name a few)?

Best know as Victor Newman on the CBS soap opera The Young and the Restless that first launched in 1973, Eric Braeden is recognized for his tremendous impact on the movie industry.

But in his private life, Braeden is just as successful. You might say it all began when he found his one-and-only while studying at the University of Montana in Missoula: college-sweetheart-turned-wife of 56 years, Dale Suzanne Russell.

Born Hans-Jörg Gudegast in Germany, Braeden has collected a long list of TV and film credits during his time in the United States, in addition to guest-starring in over 100 roles.

Braeden and Dale married in 1966 and have, over the past five decades, been blessed with their timeless love as well as one son, Christian Gudegast and three wonderful grandchildren.

Ever since becoming a granddad for the very first time, Braeden has periodically taken to his various social media accounts to boast and share photos of his family, clearly engaged and proud. And can you blame him? There’s one family that is as lovely as can be!

From “Holiday in the Sun” to “Young and Restless”

Born on June 21, 1941, the Los Angeles, California native first sprung to the scene as a chauffeur in the film Holiday in the Sun.

The 81-year-old has been portraying the iconic Victor Newman on The Young and the Restless for over 42 years, garnering a Daytime Emmy Award for his portrayal in 1998 in the category of Outstanding Lead Actor.

Indeed, Braeden’s character Victor played a pivotal role in entertaining audiences everywhere since being introduced to the highly-rated daytime drama in 1980.

Braeden has mentioned he had long sought “meaning in acting”, but later stated that through his role on The Young and the Restless, he learned that entertaining audiences was meaningful in itself.

Braeden looks at least a decade younger than his age, and has reportedly credited his happy life for his good health (and looks!). And his tremendous energy is yet to falter: he has said that he doesn’t intend on retiring anytime soon.

No one has been more supportive of his career than his wife Dale. Their unique bond and everlasting love has survived the test of time, a challenge for any couple and perhaps even more so for Hollywood actors who have the added challenge of so often living their lives in the public eye.

The power couple celebrated 56 years of marriage this year. Braeden is known to frequently credit Dale for his success and praises her publicly for her support, both in their marriage and his career.

In his memoir I’ll Be Damned published by Harper Collins in 2017, Braeden specifically credits his success as Victor in The Young and the Restless to his wife: It was Dale who pushed him to continue in the role when he was considering resigning after the first season.

Braeden had been finding the long scripts often associated to soap opera acts daunting. According to Braeden, Dale was his right arm when it came to pushing him through that challenge… more than once.

“She’s the one who suggested that I look at it as a challenge,” he told CBS This Morning.

He has also often acknowledged his wife’s support in general in what he has described as a “very tough business.”

On their 40th wedding anniversary, Braeden took to his Instagram account to pay tribute to his wife for her support throughout the years.

“Through trials and tribulations our love has endured, our bonds have become stronger than ever!! And to think it all started in a strip club!! Happy 40th Anniversary to Mel!” he wrote.

Braeden is clearly extremely proud of his entire family, which not only includes wife Dale but also his son Christian Gudegast and three grandchildren.

Christian, who also lives in Los Angeles, followed in his father’s footsteps, sharing his affinity for the film business. He graduated from the UCLA Film School in 1992 and began his career as a rap-music-video director. He later launched his screenwriting career with his first script, Black Ocean, which he sold to Oliver Stone in 1993.

Proud father and grandfather Braeden has expressed how much he is enjoining the adventures of being a grandad and what a blessing his offspring add to his life.

He took to Twitter to share a marvelous photo picturing son Christian and one of his granddaughters.

The daytime star’s family includes a rather grown-up granddaughter. A photo he shared on Instagram shared a photo of her alongside his son Christian.

In the photo, both grandad and granddaughter are, needless to say, all smiles.

What a lovely family, don’t you agree? How do you best remember Eric Braeden?

Share his lovely story and photos with your own family and friends if you’re a fan, too!