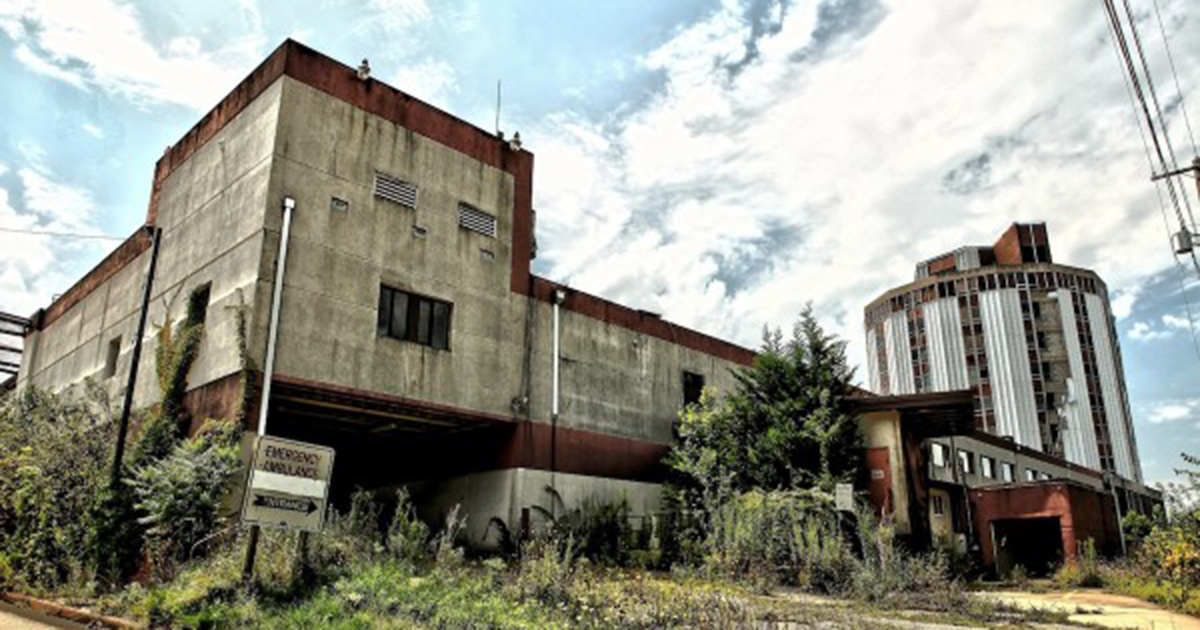 But despite this, there are also those people too curious to stay away.

Darryl Moran is a photographer who specializes in discovering and documenting abandoned buildings. Back in 2012, he visited an abandoned hospital in Jeannette, Pennsylvania and the images he took there sent shivers through my entire body.

And particularly scary is that he found inside the morgue…

The hospital was closed in 2006 and no interested buyers were ever found. The city of Jeannette, Pennsylvania spent more than $25,000 a year to keep intruders away.

Jeannette, a suburb of Pittsburgh, long had problems with the hospital, with vandals setting fire to the building several times.

Many people in the community lobbied the authorities to do something about the safety hazard—and they wanted someone to finally take responsibility for the abandoned site.

Locals were concerned about the potentially dangerous environmental waste trapped inside.

There were even rumors that radioactive material still remained in the hospital.

Because the building was unguarded, anyone could go inside and take the medications still on pharmacy shelves.

Both needles and controlled substances remained there for the taking.

In 2012, photographer Darryl Moran entered the hospital for the first time, but he returned several times to photograph the site.

Originally, Darryl only intended to shoot the outside.

But he soon discovered how easy it was to enter the building.

The authorities had hoped that one or more investors would buy hospital and redevelop the land, but for years, no one stepped forward.

Thus, the site stood unchanged until March 2016, when it was finally razed.

Before then, though, anyone who dared enter could view all of the creepy things waiting to be discovered inside.

The morgue, for example…

Both Darryl’s wife and son were with him the first time he went inside.

But they thought it was too creepy and quickly left.

This place must have been both fascinating and frightening to explore…

There were medical records and even boxes of old tissue samples, according to Darryl.

In the beginning, it was a small clinic, but soon, the family expanded the facilities into create a full hospital.

But I hardly think that this was what the founders had in mind for their hopsital.

Although the place was incredibly fascinating, thankfully, it was demolished in March 2016.

And finally, local residents got to witness a sight they had been waiting for years to see.