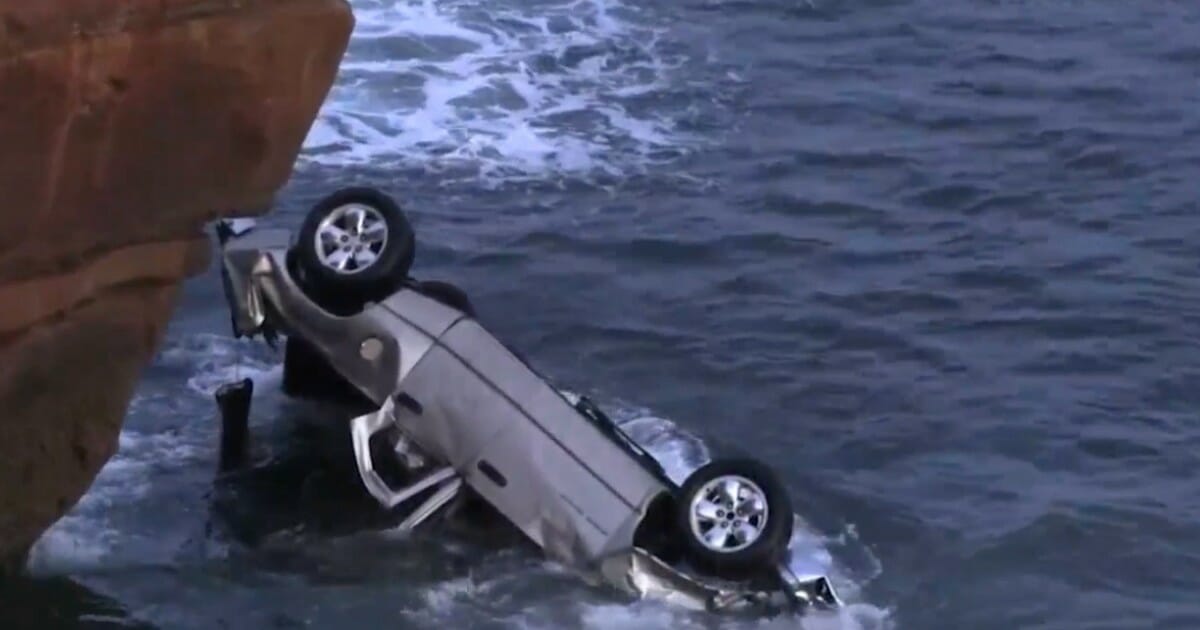 A frightening scene unfolded Monday as a distressed man drove his vehicle off a cliff near San Diego, California. Police were alerted to the situation and aware that the man had his two young daughters with him, but were unable to reach him in time.

“Originally, I got a call that the dad may have a gun and could try and drive off the Coronado Bridge,” San Diego police K9 handler John Wiese told FOX 5.

Police were able to locate the man and his pickup truck near the Sunset Cliffs area, but before they could even put on their lights, the man accelerated and drove off the cliff.

The pickup plunged into the water below.

Wiese’s initial reaction was to jump, but then he remembered a 100-foot leash in his vehicle that’s typically used for SWAT missions.

He was able to use the leash to lower himself over the cliff and pull both the father and two girls out of the vehicle.

A lifeguard, who came by boat, also assisted in the rescue.

During the rescue, the father told Wiese that he was trying to commit suicide.

“He said, “I can’t believe we didn’t die,” Weise said of their conversation.

The man also confessed that both his young daughters were on his lap at the time of the crash and no one was wearing a seatbelt.

“I couldn’t fathom how they survived.”

Although one of the girls sustained serious injuries, both of them are expected to recover. Police have charged the father with two counts of attempted murder.

If you or anyone you know is feeling depressed or suicidal, there is help. Please reach out to National Suicide Prevention Lifeline at 1-800-273-8255. The toll-free hotline is available 24/7.

I pray that this man gets the help he needs.