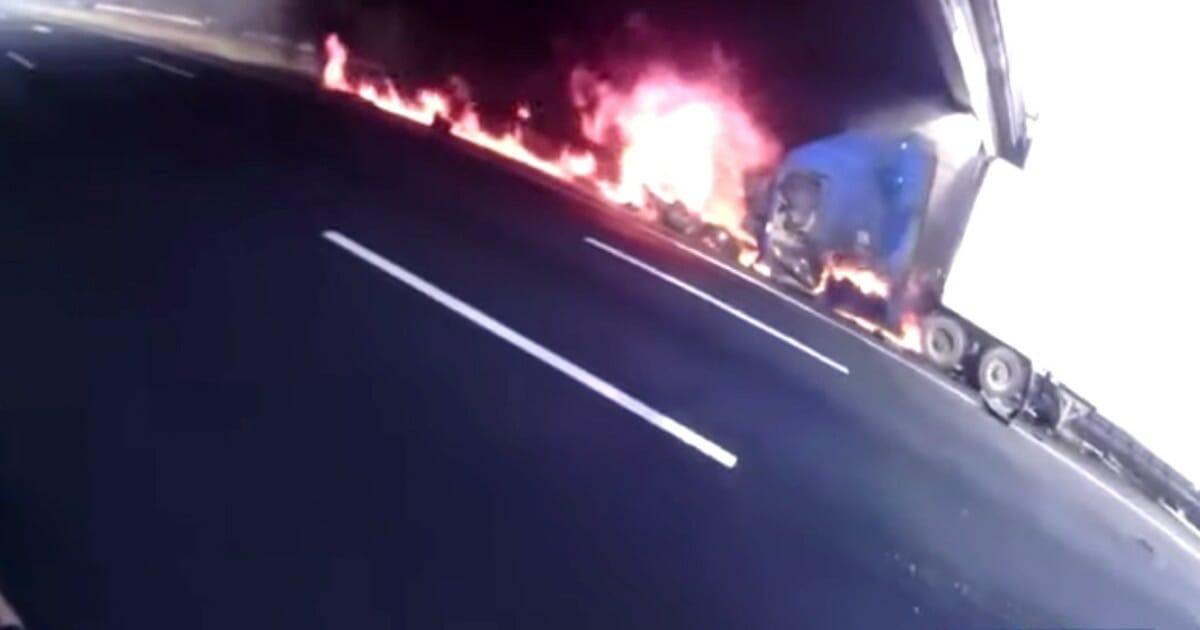 According to MyCentralJersey.com, Tarleton was conducting a traffic stop in Bridgewater, New Jersey when a tractor trailer veered off the highway and slammed into a guardrail.

The state trooper can be heard on camera telling the driver of the vehicle to “get out of here” before running back to his own vehicle to report the crash and drive to the scene.

Just as Tarleton arrived at the truck, which was already engulfed in flames, Ryer was also approaching the cab. At the time of the crash, Ryer was driving home from work and pulled over to assist.

Both men pulled the driver out of the cab moments before the truck exploded. The driver of the truck was taken to the hospital with minor injuries.

The cause of the crash is still under investigation.

What a heroic act! I am always in awe how police will always run towards danger. Thank you to these two brave men who ran to help this man and saved his life.