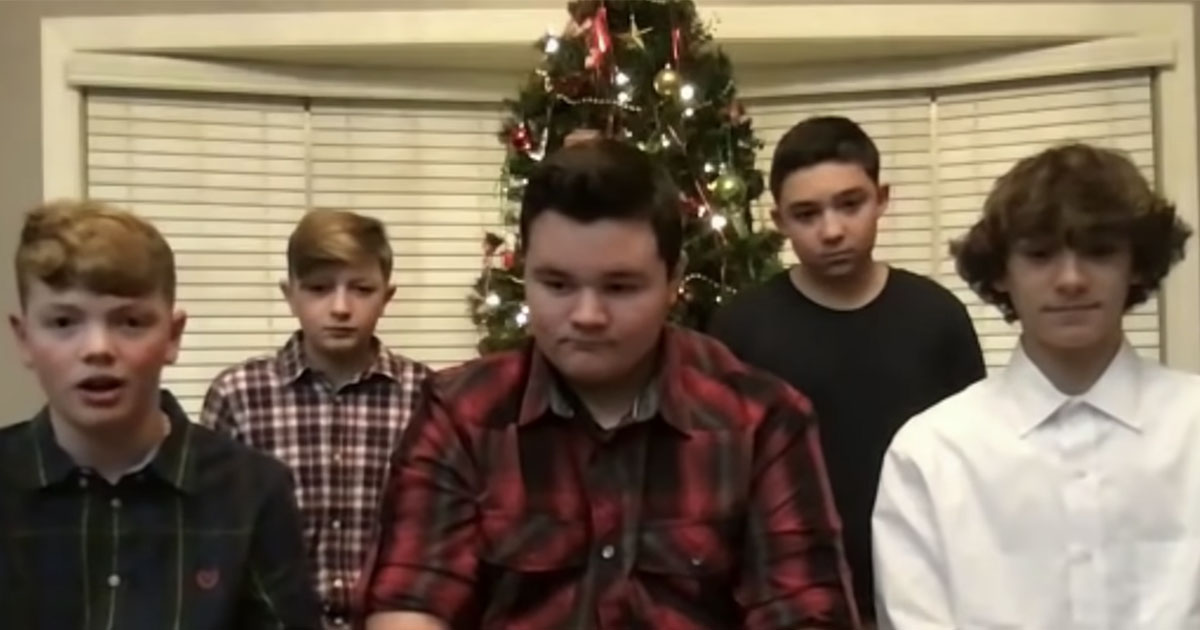 Sometimes even normal days can turn into complete opposites of what they started out as. This family was on their way to having a wonderful day but it turned into their worst nightmare.

Had it not been for this group of teenage boys, the outcome could have been very different…

8-YEAR-OLD Olivia Heid was playing with her 4-year-old brother RJ in their backyard on Harmony Road in Middletown, New Jersey. It was a beautiful day and their parents got an idea to make it even more memorable for their little family.

Stephanie Heid and Richard Heid decided to take their kids for their first-ever snow-sledding experience.

They first made their way to Holmdel Park’s sled hill but it was closed. Stephanie then took to Facebook to ask friends and family for suggestions and she was told about the Beacon Hill Country Club. The family headed to the venue.

When they got there in the afternoon they noticed that the main hill was too crowded and a little too steep for their kids. They chose another hill that was smaller and did not have a deep incline.

“We have two saucer sleds, but my husband insisted on bringing this big blow-up inner tube sled,” Stephanie said in an interview. “We spent half an hour sitting in the car blowing that thing up.”

The couple did notice that there was a pond on the right of the hill did but did not think it would cause them any trouble since it was quite a bit away from the hill itself.

The kids had their first go which was wonderful and this made them excited for a second attempt. Little Olivia sat on the inflatable sled and her little brother RJ sat on her lap. Their dad gave them a hearty push and off they went.

It looked like it was going smoothly until the sled hit a patch of ice near some trees and dangerously ricocheted right into the icy pond!

Since it was an inflatable sled, it managed to stay afloat but kept sinking with every moment, putting the little ones in grave danger!

Their parents were at the top of the hill, yelling for help and afraid they would not make it down to the pond in time. Luckily, help was already there…

A group of 14-year-old high school freshmen were at the scene. Kieran Foley, Joseph Dietrich, Drew Scalice, Ryan Day, and Tyler Armagan, 14, had also been at the hill to sled.

The teenage boys had been busy throwing rocks in the pond to check if it had been completely frozen when they heard the commotion.

They then spotted the little kids sinking into the pond. Without thinking about his own safety, Kieran jumped into the pond to save them!

“I didn’t see anyone else be able to do anything, so I just jumped in,” he said while recalling that scary moment. “I was like, whatever. It wasn’t deep so I could walk right over to them. I picked them up and my friends formed a chain and we got the boy first, and handed him to my friends. Then I got the girl,” Kieran said.

“I couldn’t get down the hill fast enough,” mom Stephanie recalled. “There were other families at the top of the hill and we were all screaming. What was amazing to me was to see the boys immediately know how to form a human chain. I don’t know how they knew to do that. The whole thing is incredible.”

The young men had been ready for one particular reason both Kieran and Drew were members of Middletown Boy Scouts Troop 47. They likely learned the skill in their training.

During the rescue, Kieran’s boot had gotten stuck in the pond, Tyler’s phone fell into the water, and another boy lost his headphones. Stephanie and Richard offered the boys a cash reward but all of them refused.

“They were insanely humble. They didn’t want anything, they just wanted to make sure my kids were OK. They kept saying to my kids, ‘You’re safe now. You’re going to get a hot chocolate and a warm bath at home.’” Stephanie said happily sharing the heartwarming exchange.

These brave young men really won me over! What an amazing feat to have accomplished and so selfless of them to have done so.

Share this article so others can also commend these young men and their bravery.