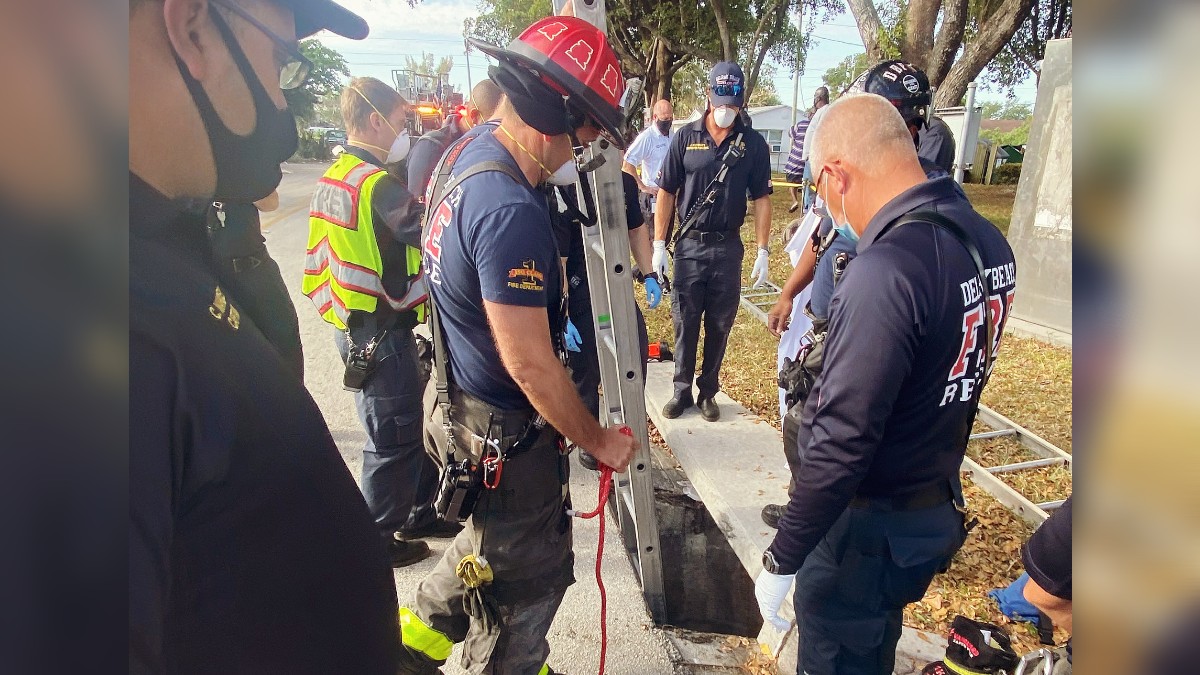 A Florida woman who was first reported missing on March 3 was located Tuesday, nearly three weeks after she disappeared.

She was found alive, naked and trapped in a storm drain in Delray Beach, Florida.

According to reports, the woman identified as Lyndsey Kennedy, 43, by WEAR, was reported missing on March 3.

But it wasn’t until March 23 that anyone had a clue as to her whereabouts.

Someone happened to be walking by the intersection of Atlantic Boulevard and Southwest 11th Avenue and heard a woman crying for help.

First responders were able to lower a ladder eight feet below to surface of the road and bring the woman to safety.

“This was by far one of the most bizarre incidents that our officers have responded to,” Delray Beach Police Department Public Information Officer Ted White said.

“She was unable to stand up,” Dani Moschella with Delray Beach Fire Rescue said, according to WPLG. “She didn’t have any clothes on. She was very dirty. She had some superficial wounds. Her knees were all scraped up.”

Kennedy stated that she had gone swimming in a canal near her boyfriend’s house when she came upon a door which she entered.

Curiosity got the best of her and she entered one tunnel which led to another and another, and suddenly she realized she was lost.

She claims she was in the drain “for a significant amount of time.”

According to a police report, her mother was contacted and she told them her daughter had a history of mental illness and drug use as well as doing peculiar things.

At the time police believed Kennedy was coherent and did not believe she needed emergency mental health services.

She was transported to a local hospital for treatment.

“She was lucky,” Moschella said. “I don’t know how much longer she would have been okay down there. The idea that somebody might be down there for any length of time is disturbing.”

What a relief to hear that she was found alive!