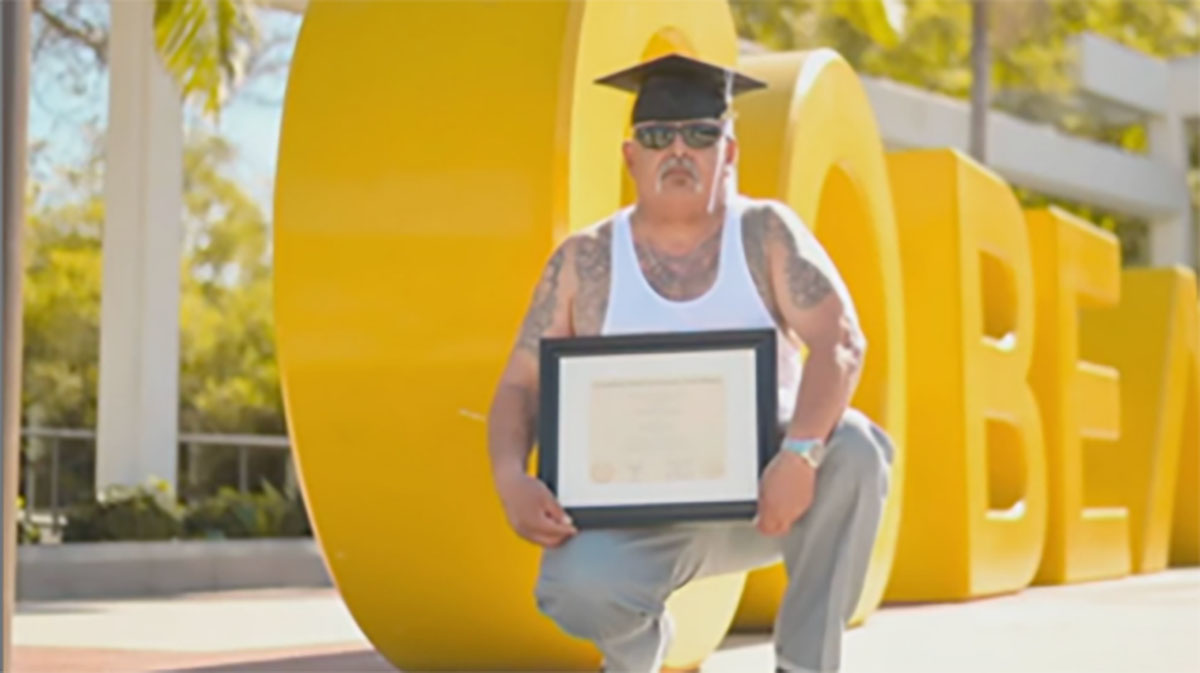 A man who spent half of his adult life in prison has graduated from college making the President’s Honor List and Dean’s List for his top grades.

Joseph Valadez was a drug addict and spent most of his life in jail. Now at 62 years old he has graduated with honors from California State University achieving straight A’s and a 3.67 GPA.

“There’s a misconception about guys like me that I want to break. If I can do it, anyone can,” the honors graduate told ABC7 News.

Valadez said he wishes his mom could have seen him graduate, instead she had to witness him become a drug addict and get involved in gang violence, jail, and homelessness.

“My mom has been gone for 14 years… but she never gave up hope on me,” an emotional Joseph said.

“She always told me that I could be somebody,” he said. “She said I was smart. She never gave up hope on me.”

According to a Facebook post he credited the Salvation Army Adult Rehabilitation Center in Anaheim for taking him in when “nobody else wanted him,” saying he was given a place to stay for a year.

The post read: “All I wanted was to stop putting needles in my arms. I had been running and gunning for 43 years, 38 years as a heroin addict. I’ve spent half my adult life in prison as a direct result of my addiction. The Salvation Army’s ARC program saved my life.”

He said he graduated with a degree in sociology adding: “Not bad for this old junkie.”

Joseph enrolled in college, struggling through six years of coursework to finally earn a degree.

He’s currently awaiting acceptance to the master’s program in social work at the university.

Joseph Valadez is living proof that whatever our situation in life it is never too late to make a change for the better. He is a true inspiration!

Help us congratulate Joseph and wish him all the success in the future by sharing this post.