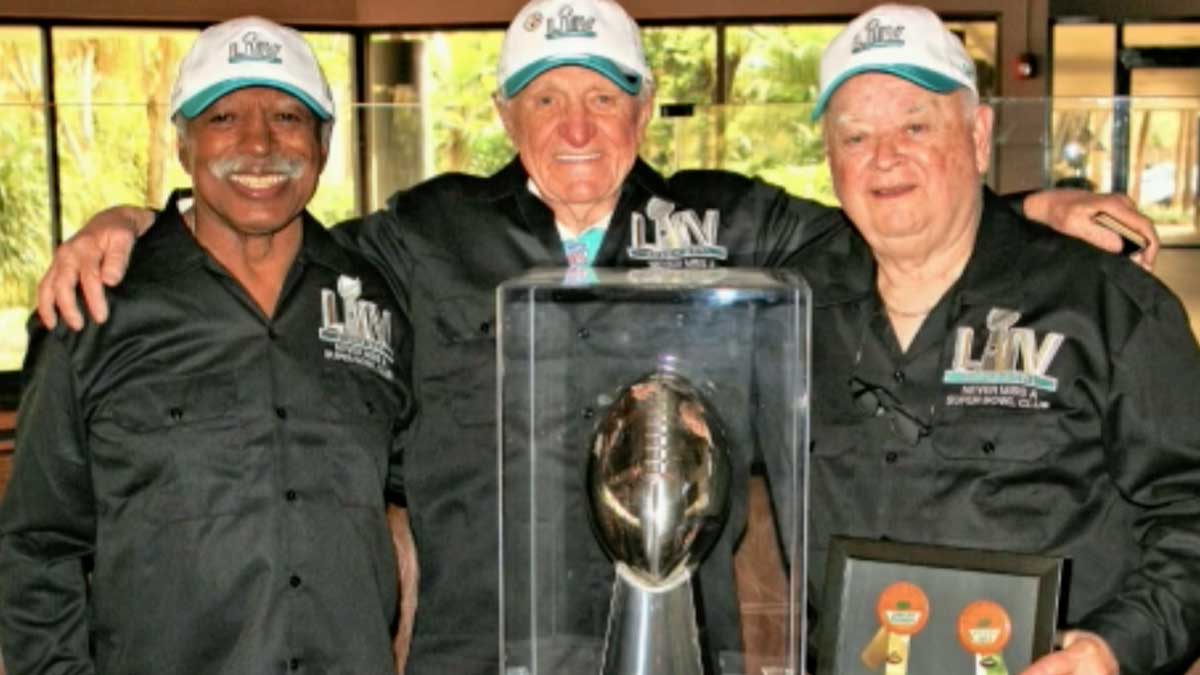 The Super Bowl is currently one of the hottest and most expensive tickets, but that’s not stopping three men in their 80s who have attended every game since the first AFL-NFL World Championship in 1967.

The three friends, who meet up every year at the big game, are looking forward to this Sunday’s matchup against the Los Angeles Rams and the Cincinnati Bengals for a number of reasons.

Unfortunately, one of those reasons is it may be the last time they all gather at a stadium to watch a Super Bowl.

The exclusive “Never Miss a Super Bowl Club” began in 1967 during the first Super Bowl, which was called the AFL-NFL World Championship, Gregory Eaton secured tickets to the game from a friend at Michigan State.

That friend, Herb Adderley, started for the Green Bay Packers that day.

Eaton, now 82, traveled from his home in Michigan to Florida for the second World Championship game the following year, and he hasn’t stopped going.

Not even a cancer diagnosis or a pandemic could keep him from the Super Bowl.

“I have prostate cancer — I had it once, and then it came back on me — and they found a spot on my right kidney that’s cancerous,” he said. “They want to go through my stomach and into my kidney to cut it out to save that kidney.”

“I told them, ‘Whatever you do, it’s not moving that fast, and I’m not doing it until after the Super Bowl.’ My sister is a doctor, and she looked at me like I’m crazy,” he told the Los Angeles Times.

“People have a tendency to think we’ve all been together from the beginning,” Crisman said. “But that’s not the way it was.”

Previously, there were five members. Stan Whitaker, who went to the first 42 games with Crisman stopped going in 2009 due to his declining health. He died in 2013 at the age of 91.

Bob Cook, who attended 44 Super Bowls died shortly after Super Bowl XLV in 2011. Larry Jacobson, one of Crisman’s best friends, also died in 2011 a week after the Super Bowl.

It wasn’t until February 2016 that the current members started hanging out.

They became aware of Eaton after he was featured on a Detroit television station before Super Bowl 50.

The three have never missed a chance to watch the game together.

Although there was some worry last year when it was announced the crowd would be significantly reduced and it would include thousands of tickets for healthcare workers.

“I was worried the streak would end,” Eaton said. “Then I got the call from the NFL on Jan. 17, my birthday. They said, ‘Mr. Eaton, can we have your credit-card number?’ The tickets came in the mail. They were $3,000 each. It’s amazing how expensive it’s gotten.”

“I look forward to it every year — and the relationships we’ve had these past five years are unbelievable,” Eaton told the Associated Press in 2021. “We’re like a brotherhood.”

This year will be extra special because the trio of friends will be able to sit next to each other again – last year’s restrictions prevented them from enjoying the game side-by-side.

While their days of watching the Super Bowl together might be coming to an end, they’re going to make sure they enjoy every last minute of it.

These men have formed such a unique friendship over the years! Even if this is their last Super Bowl together, I hope they remain friends and continue to see each other.