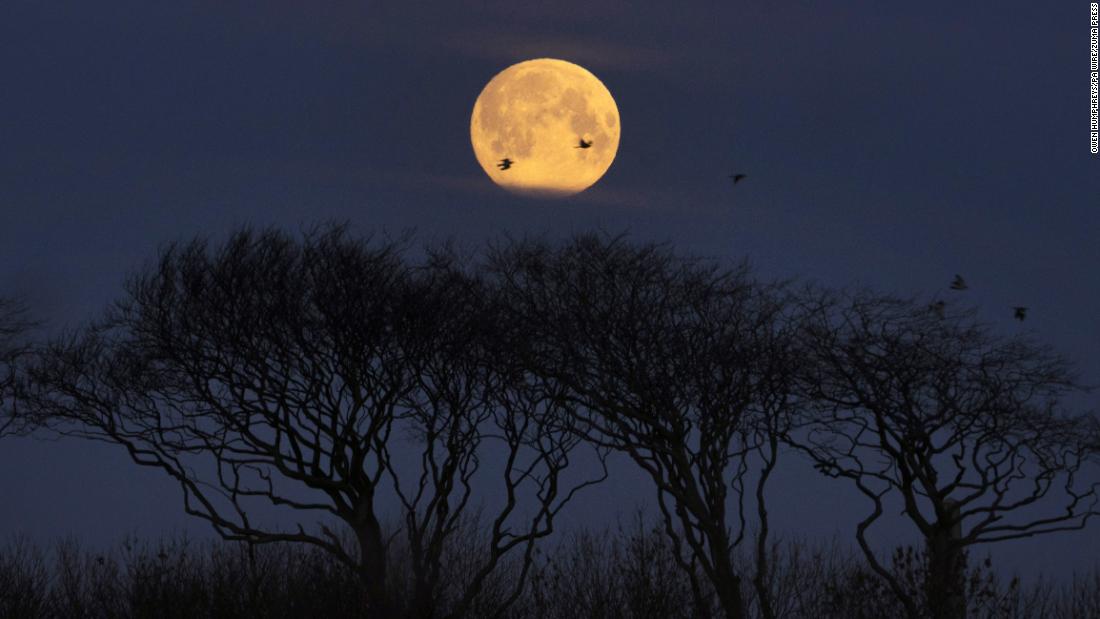 Tonight, March 20, will herald the third and final time you can see a supermoon this year, according to CNN.

Those interested have been able to witness two such moons so far this year, with the upcoming moon closing a trifecta of spectacles that won’t be seen again until 2020.

At 9:43pm ET on Wednesday, you should look to the skies if you’d like to witness the final offering, with March’s full moon known as a Full Worm Moon.

Tonight is the third and final supermoon of 2019, when the Moon appears larger and brighter than usual.

It's also known as the Full Worm Moon, because at this time of year the ground begins to soften and earthworms reappear ? https://t.co/YHj5Cntbbm

So far this year, astrology enthusiasts have been treated to two supermoons, with the ‘Super Wolf Blood Moon’ viewable in January and the ‘Super Snow Moon’ apparent in February.

Now, it’s the turn of the Full Worm Moon, named so by Native Americans for heralding the beginning of the ground softening so that earthworms could appear.

The last supermoon of 2019 from high above Pentwater, Michigan. The view of the full "worm" moon will become harder to see early Wednesday as clouds will be on the increase. (?: Maggie Lascari) pic.twitter.com/VqTQv5fcDh

As per Minor Planet Center, the appearance of the supermoon will also coincide with an asteroid passing close to Earth.

Dubbed 2019 EA2, the asteroid will pass Earth by at a cool 190,246 miles away (which sounds far but is actually closer in proximity than our moon). It’s expected to pass safely by on March 21 and 22, depending where you’re based.

Super Worm Moon: When to see the spectacular March 2019 full moon
It's the final supermoon of this year #SpringEquinox : https://t.co/NCd2rLPnaV pic.twitter.com/IHIZkCdjoO

It’s fascinating to learn more about the planet we live on and the ongoings of the universe around us! We’re certainly going to have our eyes trained on the sky in anticipation tonight, are you?

Share this article to let all your friends and family know about the Full Worm Moon!