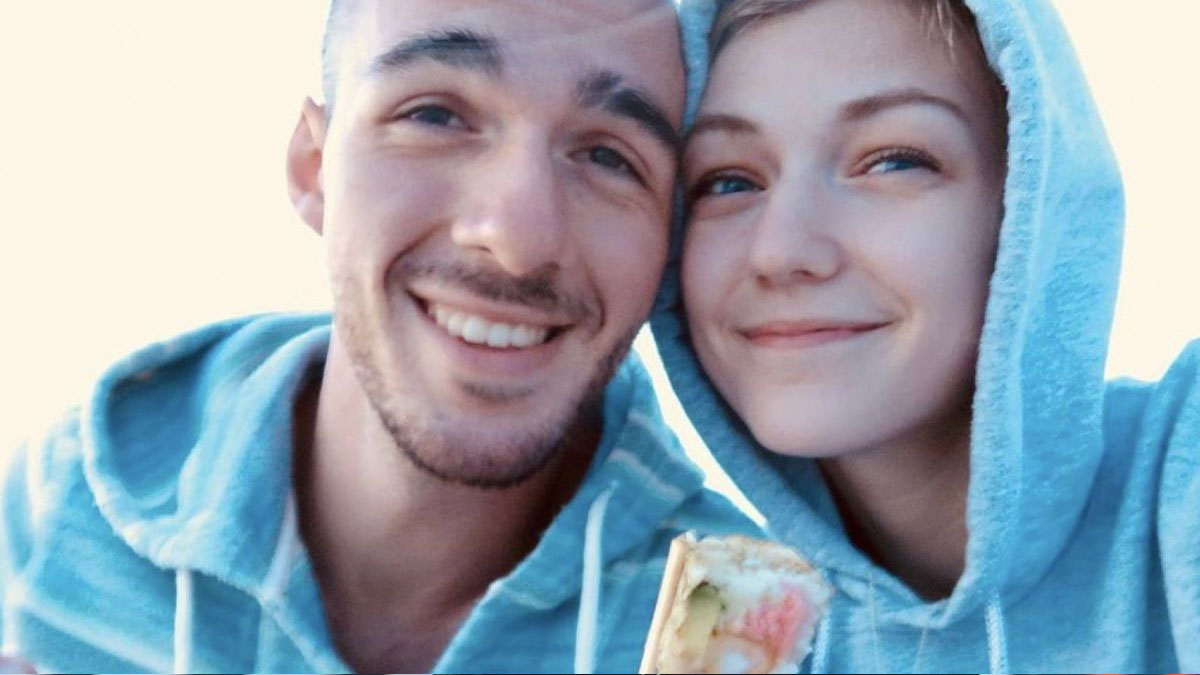 Brian Laundrie was involved in an “aggressive” dispute with wait staff at a restaurant just days before his fiancée Gabby Petito vanished, it’s emerged.

This latest sighting is thought to be one of the last times Gabby was seen with Brian before she was reported missing by her family on September 11 after not hearing from her since August 29.

The 22-year-old’s body was found on September 19 near Grand Teton National Park in Wyoming and her death has been ruled as homicide.

In one of the final times she was seen alive a couple have come forward claiming they saw Brian arguing with wait staff at a restaurant in Jackson Hole, Wyoming.

Nina Celie Angelo and her boyfriend Matthew England were eating lunch at Tex-Mex restaurant Merry Piglets on August 27 when they said an agitated Brian Laundrie started arguing with the waitress.

“I have chills right now,” Nina told Fox News adding she couldn’t hear the conversation between Laundrie and the wait staff but she believed he was arguing with staff over the bill or about money.

“It’s crazy because it wasn’t just like we passed them on the street — it was a full blown incident.”

Nina described his body language as “aggressive” and said he left and returned about four times.

At one point, Gabby came inside and apologized for Brian’s behavior, Angelo said, as per Fox News.

The Merry Piglets confirmed via Instagram that Petito and Laundrie had been at the restaurant that day.

The restaurant wrote: “Yes, we can confirm Gabby and Brian were in Merry Piglets. We have not deleted any comments or messages on social media. The screen shots you see were direct messages to our account and not public.

“We have already notified the FBI and they are aware. We are letting them do their jobs and we are respecting Gabby’s family and have nothing further to comment.”

When the New Orleans couple realized that the scene they had witnessed involved Gabby Petito and Brian Laundrie, Nina said the ‘blood left [her] body’.

Nina added that while Brian was ‘not screaming’ and didn’t appear to be on drugs, all of the staff he was behaving aggressively to were all women.

Brian, who is the person of interest in the case, arrived at his parents’ house on September 1 without Gabby.

His parents reported him missing on September 17 after Brian told them he was going to hike alone in the 24,000-acre Carlton Reserve wilderness area, near North Port, Florida.

FBI officials are continuing their search for the 23-year-old Long Island native.

As more details emerge about the relationship between these two I can only imagine the pain her family are experiencing. My heart goes out to them. May she rest in peace.