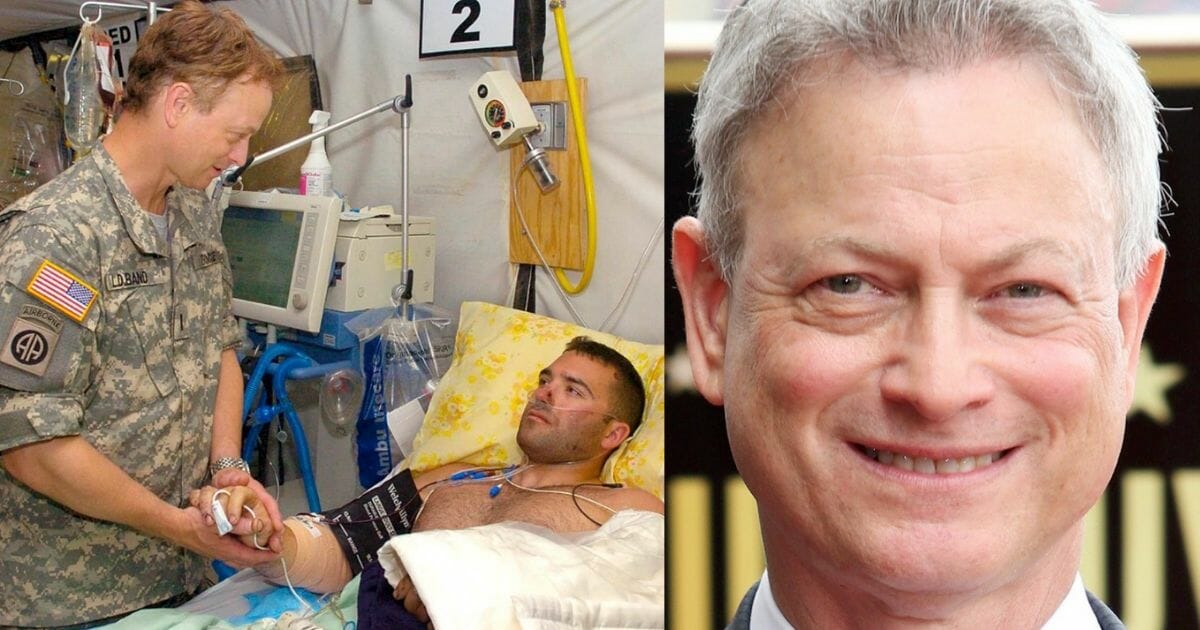 Gary Sinise has been fighting to help veterans since 1994, the year he starred as Lieutenant Dan in the classic movie Forrest Gump.

Lieutenant Dan is a wheelchair bound veteran who struggles with alcoholism and mental illness after coming home from Vietnam.

Sinise received an award for his performance by the Disabled American Veterans (DAV), which he has been working with ever since.

“Your superb performance brought awareness of the lifelong sacrifice of disabled veterans back into public consciousness in a remarkable positive way,” the award read.

Since playing Lt. Dan— a Vietnam vet who struggles in civilian life after losing his legs in combat— Sinise has felt a connection with US veterans, who responded to the character.

This inspired him to start the Lt. Dan Band, named after the character, who play USO shows on military bases. Sinise’s goal in doing this is to let military veterans know that “there are people out there who are aware of, and who understand the importance of keeping our military families strong in difficult times.”

It also led to him to create the Gary Sinise Foundation in 2011. Through his organization, the actor was determined not to let this generation of soldiers slip through the cracks.

All told, Gary is really is a great guy, and a shining example of someone who works his behind off to help those in less fortunate circumstances than himself.

And the best part? People know it.

Though Sinise has never sought praise nor tribute for his generous acts, it’s become common knowledge that he puts others first. That’s probably why a host of his actor friends banded together to thank him for his work, via a surprise video that also features veterans who have benefitted from his foundation.

In January, Sinise raised money for his organization in an inspired way: he placed a jeep up for auction at the Barrett-Jackson collector car auction in Scottsdale, Arizona.

When Sinise released his book “Grateful American” earlier this year, the actor was surprised by the touching video, which included messages from such people as Tom Hanks and Ron Howard.

“Your commitment, your dedication, you are awesome,” Howard said, while Tim Allen explained, “You motivate other people.”

What a truly great man Gary Sinise is!

If you support the troops, and want to pay tribute to Sinise’s actions, share this article on Facebook!