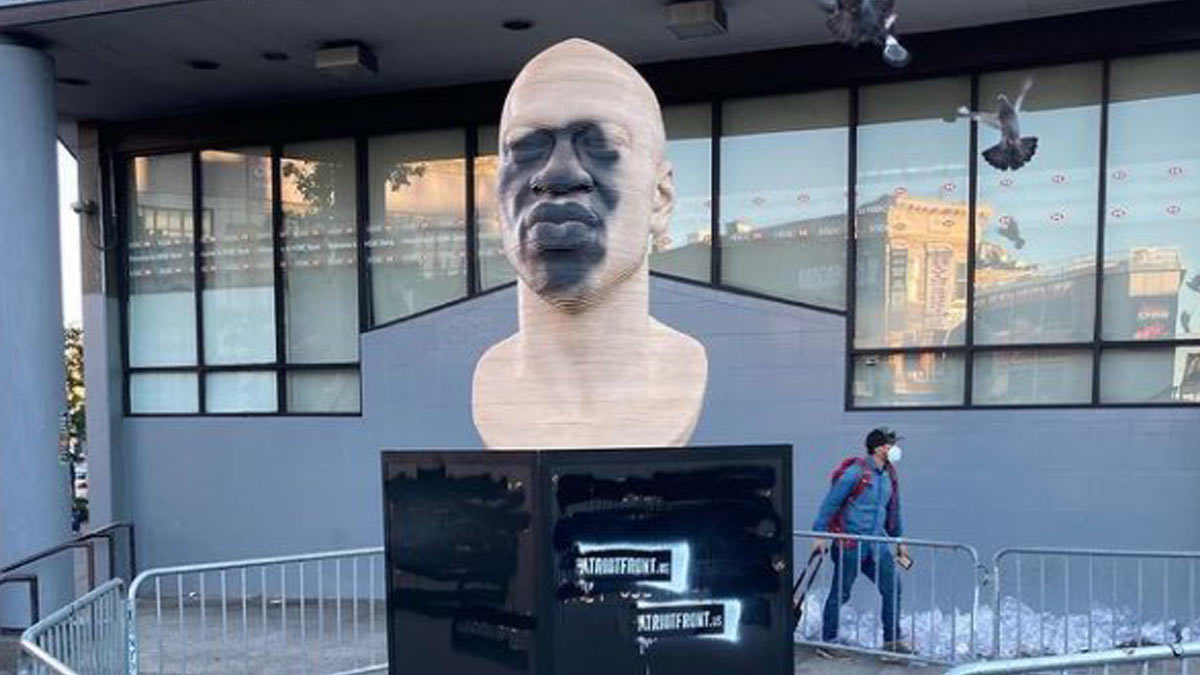 This article has been updated to reflect new information.

A statue of George Floyd that was unveiled in Brooklyn, New York on Juneteenth has been vandalized, according to the NYPD.

The discovery was made around 7:20 a.m. Thursday morning.

At this time there have been no arrests, but the NYPD Hate Crimes Task Force is investigating the matter.

On Friday, the NYPD released new video with images of a group of suspects.

“This is unacceptable — as a humanity, as a race, as a whole,” Courtney Nelson, a Flatbush resident said. “We will be back, we’re gonna clean it and keep moving forward.”

“Let us be clear: this is a shameful act, a hate crime and totally disrespectful to the memory of Mr. Floyd and to the Black community as well our efforts to achieve racial justice and equality. And we will not be deterred,” New York City Council Member Farah Louis said.

The statue, which was unveiled days after a 700-pound bronze statue honoring Floyd was revealed in Newark, New Jersey, is scheduled to stay in Brooklyn for several weeks before moving to Union Square in Manhattan.

Meanwhile, police in Newark are also investigating a nearly identical crime. On Thursday morning, the bronze statue was found defaced and spray painted with the website of a white supremacist organization.

If you have any information you are asked to contact the NYPD Hate Crimes division at 1-800-577-TIPS.

This is absolutely unacceptable. How could a person have some much hate inside of them that they much deface the memory of George Floyd?