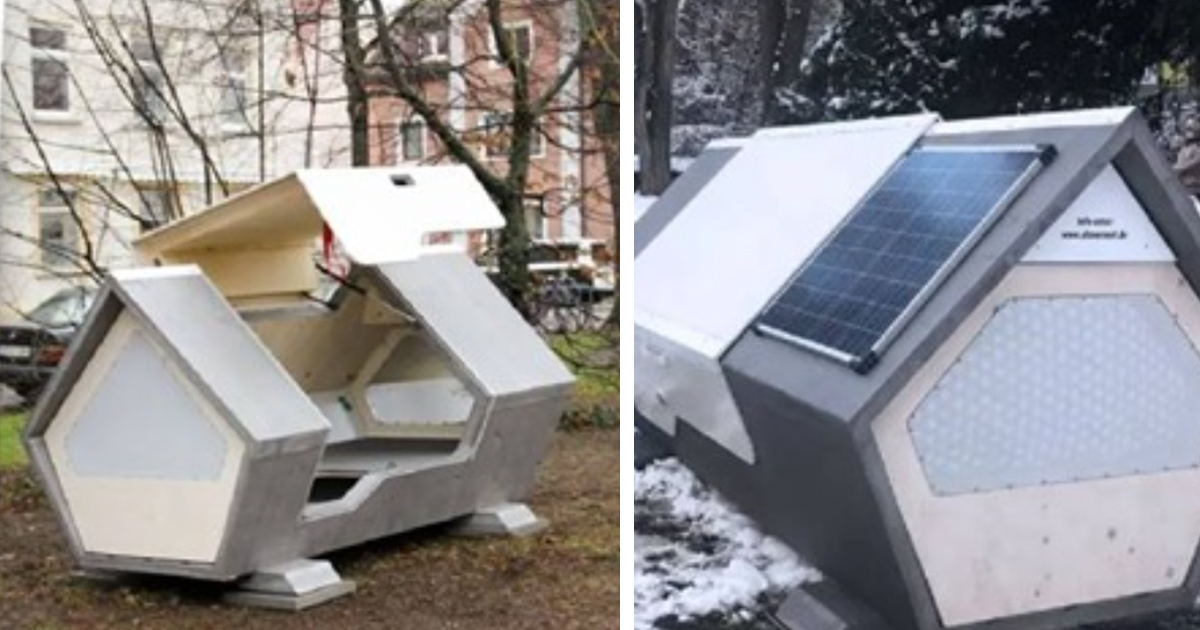 With the cold winter months upon us and many homeless shelters closed due to the COVID pandemic, one city has come up with a solution to provide some warmth and comfort for those sleeping on the street.

A city in Germany has created single-sleeping pods so its homeless population has somewhere warm to sleep.

Temperatures in the southwestern German city of Ulm often drop below freezing during the winter months so having somewhere warm to sleep can be the difference between life and death.

On Saturday a Canadian man died after spending the night in the freezing cold because a homeless shelter was forced to close due to COVID rules, as per media reports. Temperatures reportedly dropped to 30 deg F or -1 deg C that night.

These new sleeping pods for the homeless are made of steel and wood, are insulated and waterproof. Recently they were upgraded to include solar panels and communications services.

After they are opened an alert is sent to staff at a local nonprofit so they can check on the person to see if they need any help and also to ensure it’s cleaned the next day, as reported by EuroWeekly News.

These small shelters, referred to as  ‘Ulmer Nest’, can sleep up to two people and guarantee fresh air circulation.

A Facebook page dedicated to the futuristic homeless shelters posted a list of updates that had been made to the pods since they were first introduced two years ago adding: “With the Ulm Nests, we hope to offer a little bit of protection and security to those who most depend on it in Ulm.”

Flaco Pross, the designer of the capsule, explained that users of the pod don’t need to fill in any paperwork or registration to check-in, as per the Daily Mail.

The improvements to the pods, which also included upgrading its locking system, were described as necessary as the country’s extremely cold temperatures continue.

It’s hoped that the innovative idea will be extended to other parts of Germany, as well as across Europe.

In December around 100 sleeping pods were installed in outdoor homeless shelters in Portland, Oregon, replacing tents, as reported by KTVZ.com.

“They provide safety, protection from the elements, and a good place to be on a short-term basis, but they’re not intended to replace a permanent housing situation,” the director of the city’s homeless services Marc Jolin said.

These may not be a long-term solution but undoubtedly save lives during the cold winter months. I hope more cities adopt this idea.