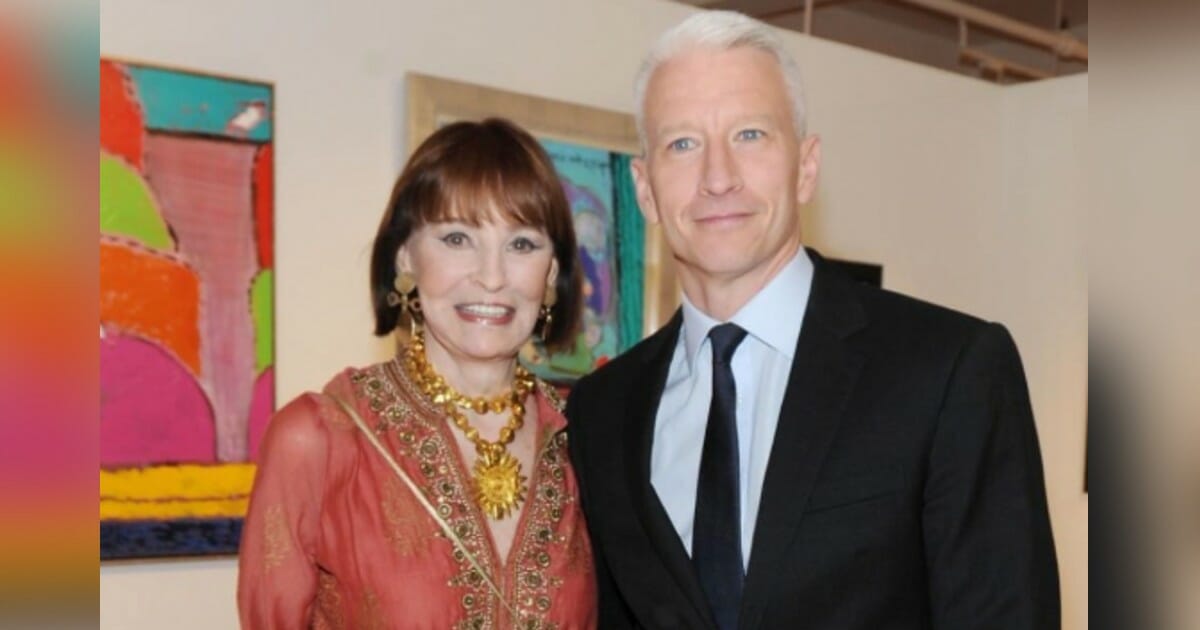 Gloria Vanderbilt died at the age of 95 Monday morning, according to her son, Anderson Cooper.

She passed away at home with friends and family by her side. CNN’s Anderson Cooper, mentioned she had been dealing with advanced stomach cancer.

Gloria Vanderbilt was born in New York in 1924, but grew up in France. At a young age she became the center of a bitter custody battle. She studied acting at a young age and began painting. By the 1970s she made a name for herself in women’s fashion.

She promoted her work by making public appearances, one of the first fashion designers to do so, according to USA Today.

Happy 95th Birthday to my mom, @gloriavanderbilt. Still painting everyday @gloriavanderbiltstudio. Still dreaming and creating, still believing the next great love is right around the corner. Who knows? Maybe she is right? I love you, Mom.

“If you were around in early 1980s it was pretty hard to miss the jeans she helped create, but that was her public face — the one she learned to hide behind as a child,” Cooper said. “Her private self, her real self — that was more fascinating and more lovely than anything she showed the public.”

“Gloria Vanderbilt was an extraordinary woman, who loved life, and lived it on her own terms,” Cooper said. “She was a painter, a writer and designer but also a remarkable mother, wife, and friend. She was 95 years old, but ask anyone close to her, and they’d tell you: She was the youngest person they knew — the coolest and most modern.”

You can watch Anderson Cooper’s tribute to his mother below:

Let’s send our condolences to Anderson Cooper and the Vanderbilt family during this difficult time.