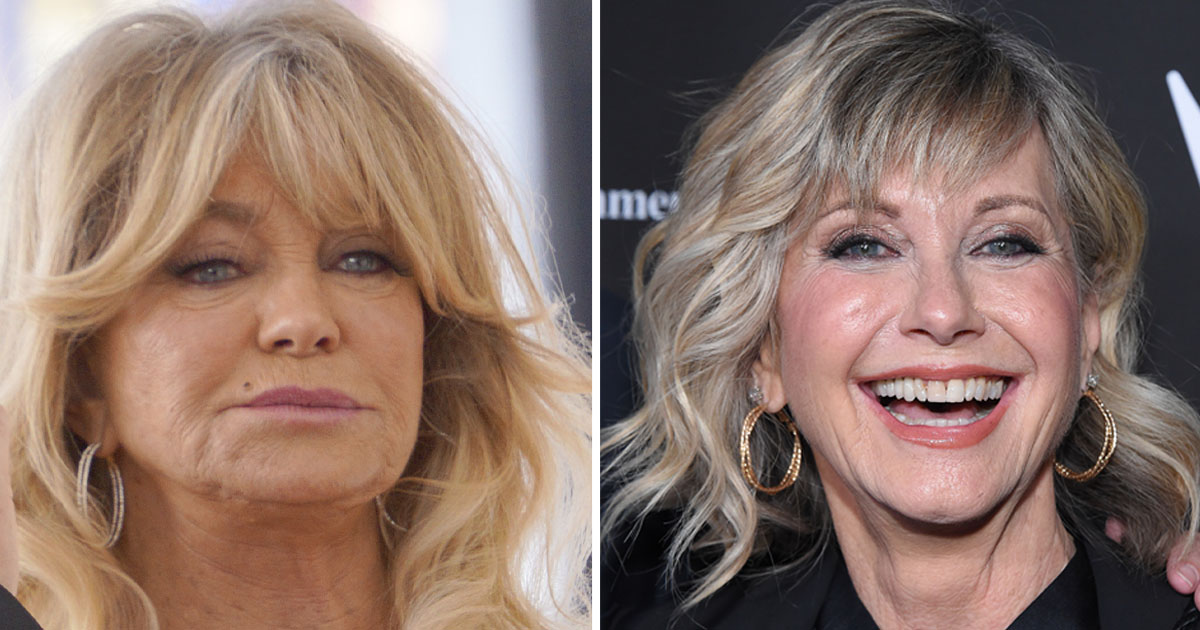 The passing of Olivia Newton-John has left friends, family, and fans from all around the world grieving her loss. Similarly, her contemporaries from the industry are remembering the legend as well by paying their respects.

Olivia Newton-John and Goldie Hawn have a three-year age difference and have met with one another on quite a lot of occasions as a result of having worked in the same industry for so many years.

When the news of Olivia’s passing became public knowledge, understandably, Goldie Hawn felt the loss acutely as well. So to express her sympathies, she decided to post a video to pay her tribute to the late singer and actress.

She shared a video of a night she had shared with Olivia at the 1990 benefit for Mothers and Others For a Livable Planet. The two women were joined by Meryl Streep, Better Midler, and Cher while singing Louis Armstrong’s ‘What A Wonderful World’ together on stage.

The video is quite wonderful with some of the biggest female names in the industry gracing the stage at the same time. Goldie Hawn chose to share this wonderful clip, with a message of her own under it saying, “A light landed on this planet 73 years ago. Her voice brought us to such joyous heights, nothing held her back, nothing. Her mind was strong and heroic. Olivia’s light will continue to shine and will never flicker. Never. Rest sweetheart. Rest peacefully, you are Love.”

She really appreciated the craft and brilliance Olivia Newton-John brought to her work and made sure to pay her tribute to the legendary actress now that she had passed.

Fans were incredibly appreciative of how Goldie shared such a sweet message on the passing of Olivia. They also loved the clip that not many had seen before of these legendary women singing together on stage!

Goldie Hawn’s daughter Kate Hudson was also a big fan of the late Olivia Newton-John. She also posted a tribute to the legendary singer and actress. She posted a video of her singing ‘Hopelessly Devoted to You’ as she rocked her daughter to sleep.

The accompanying caption for the video was, “Olivia Newton-John. There are a handful of people in my life who inspired me to lock myself in my bedroom and sing from the top of my lungs in the mirror.”

It went on, “Mimicking every move she made, wishing I could hit those clean high notes and striving to try with my little rasp. What a lovely light of a human. She was an inspiration to me as I dreamed of what my performers life ahead may be.”

She ended with, “Thank you for sharing your light to the world as it moved and shaped little girls like me. May we all today sing for Olivia and celebrate her courageous years of fighting. Love and Light.”

Clearly, the mother and daughter loved the actress and musician and will feel her loss greatly.

Olivia Newton-John will surely be missed. Our hearts go out to everyone who is grieving her loss.

Share the story of Goldie Hawn’s special tribute to the late actress and singer, we all knew and loved.